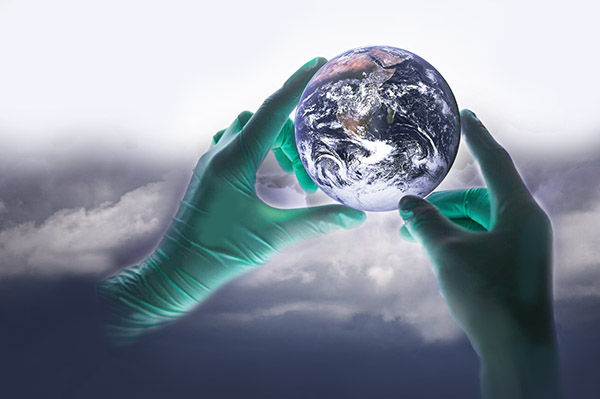 In an effort to place current events of this magnitude in perspective, this timeline of events untangles some of the chaos and confusion surrounding the pandemic now known as the COVID-19.  Many of you may feel that remembering what happened at the beginning of this year is like trying to remember two years ago. The following are dates and events that are taken from readily available sources to better explain just how this disease became a crisis.

Even though South Korea is much closer to China, and thus much more exposed, as of April 14, 222 people died of the virus in South Korea compared to a death toll of 25,658 in the United States. Adjusting for population, the United States had 24,224 deaths that it might not have had if it had reacted as quickly and effectively as South Korea did. Put another way, 17 of every 18 Americans who have died would not have died if the U.S. had responded as South Korea did. And you can’t say we weren’t warned. Donald Trump’s own Council of Economic Advisors told him that up to half a million Americans could die in a pandemic, as did his trade representative Peter Navarro.

“The U.S. response will be studied for generations as a textbook example of a disastrous, failed effort,” Ron Klain, who led the 2014 fight against Ebola, told a Georgetown University panel on March 19. “What’s happened in Washington has been a fiasco of incredible proportions.”

Not all of that difference is due to Donald Trump’s failed leadership; America’s privatized health care system results in thousands of needless deaths each year. But Trump’s actions, inaction and his cacophony of false, conflicting and confusing statements have contributed enormously.

Because so many of his claims—such as “this is just a normal flu” or “this is being politicized to attack Trump”—have not just served to excuse Trump’s responsibility; they’ve contributed to those deaths by spreading paralyzing confusion and distrust, and counterproductive misinformation when clear direction and unity of purpose could have saved thousands of lives.

Psychologists and psychiatrists have long warned that Trump is a malignant narcissist, incapable of considering or caring about the welfare of others. There’s substantial evidence that leaders like him make pandemics both more likely and more deadly.

“Trump has mimicked other autocratic leaders’ positions in managing any serious outbreak,” Burkle noted. “He has praised President Xi’s rulings and failed to comment on the Chinese ruler’s decision to punish physicians for grossly delaying international warnings and calling attention to the public health threat for which Xi was totally responsible.”

Mis-preparation. Even before taking office, Trump and his minions have not just ignored pandemic threats, but significantly undermined our capacity to deal with them.

Denial. When the outbreak began, Trump initially portrayed America as invulnerable (anything to contrary might hurt the economy and thus his re-election chances); he trusted the words of Xi and anyone else who supported him, rather than experts trained to understand what was happening.

Blame-shifting. When he could no longer ignore the disaster (due to its impact on Wall Street) he switched gears, claiming he’d known all along the tough fight we were in for and turned to blaming everyone but him—another common trait of autocratic malignant narcissists.

The following timeline highlights a small fraction of Trump’s failures of leadership during this crisis, a record that has left so many Americans needlessly dead. It includes:

Numbers at the end of each timeline event corresponds to the actions outlined above.

The timeline begins with the time that was wasted while he deliberately ignored the pandemic threat, which eerily resembles the way the George Bush administration ignored Al Qaeda prior to 9/11. Trump, like Bush, ignored warnings from the Democratic administration before him and the death toll this time is already dramatically much higher.

Easter arrives and most of the country is still on lockdown and most churches are either closed for services or go to virtual ones.

By law, the insurance company may not charge you any co-pay, deductible, or any out-of-pocket expense for the test.
Read more
Briefs

The app confidentially notifies individuals who may have been exposed to someone who tested positive for the virus.
Read more
Briefs

There are 780 people now hospitalized with COVID-19 and 31% of these people are in the ICU. The number of daily hospitalizations has returned to levels seen early in the pandemic.
Read more