SoCal Does Cash for Clunkers 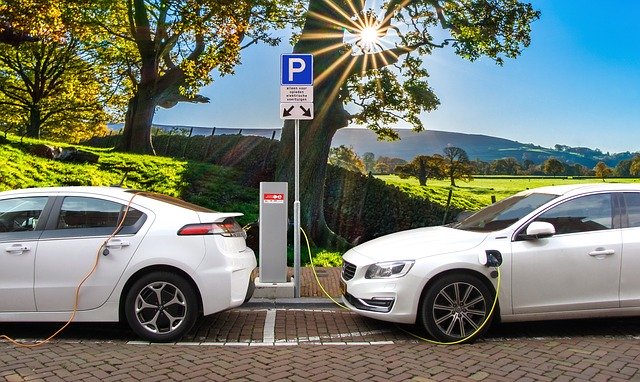 If you live in Los Angeles, you can retire your old car for $9,500 towards a more fuel-efficient vehicle. Many have already done so through Replace Your Ride, a program funded and operated by South Coast Air Quality Management District.

The Replace Your Ride program offers a financial incentive to Californians living in metropolitan areas to retire their old vehicles and buy newer, lower-emitting vehicles.

“I have an older car that I’ve been thinking about upgrading,” said Rick Jimenez, a musician from San Pedro who had not heard of Replace Your Ride. “It sucks that they’re not advertising the program as they should.”

The SCAQMD founded the program in 2015 and hosted promotional events for a few years, but none for the past two. Despite the lack of exposure, interest in the program has remained high. On average, eligible applicants wait four months to receive their vehicles. More than 5,500 California residents have replaced their old vehicles with the assistance of Replace Your Ride and Clean Cars 4 All, a similar program in San Joaquin Valley.

So far, the state has handed out $41 million in vouchers to residents in Los Angeles and other major urban cities.

“For the 2018-19 fiscal year, SCAQMD received a total of $13.4 million in grants from the California Air Resources Board for the Replace Your Ride Program,” said SCAQMD representative Bradley Wittaker. “South Coast AQMD expects to receive an additional $13 million by the end of 2020.”

The Replace Your Ride program serves Los Angeles County and its neighboring counties. There are similar programs in operation throughout California under different names.

The objective is to reduce air pollution in urban areas, where air quality is persistently poor. It is part of an overarching strategy to reduce greenhouse gas emissions to 40 percent below 1990 levels by 2030, as outlined in the California Global Warming Solutions Act of 2006, or Senate Bill 32.

“The principle behind the program makes a lot of sense,” said Troy Hardy, sales director at Toyota of Norwalk. “These are people who would normally purchase a used car, but with the government providing additional incentive they can get into a more fuel-efficient vehicle so their month-to-month cost is going to be lower and it will help the environment in the long run.”

As of September 2019, Replace Your Ride has scrapped 4,669 vehicles in Greater Los Angeles and a total of 6,868 throughout California. The average model year of the scrapped vehicles is 1999.

To be eligible, the trade-in car must be model year 2007 or older and participants must be residents of Greater Los Angeles, which includes San Pedro and Long Beach. The amount of the award depends upon family income and the type of vehicle purchased.

For example, a low-income household of four making less than $57,938 can receive $5,000 towards a fuel-efficient gas engine vehicle, or the full $9,500 towards a zero-emissions producing electric vehicle, such as a Toyota Prius Prime or any Tesla vehicle. Moderate and high-income families can participate too, but the voucher is less at $7,500 for the gas burner and $5,500 for the electric.

Toyota of Norwalk sells about 15 cars per month in participation with the program and appreciates the extra business. However, many dealerships won’t accept Replace Your Ride customers because the program takes so long to process each purchase. The excitement of picking out a vehicle and striking a deal starts the clock—actually, the calendar—on a wait of four to six weeks until the customer gets the car and the dealership gets the money. Hardy said there is a Honda dealership that is currently sitting on a million dollars in stock, waiting for the SCAQMD to release the funds.

For Jimenez, the wait is not a concern.

“I’m going to do my little research on it,” he said. “I have a couple friends that have switched over to electric vehicles, Teslas. It’s a lot cheaper to maintain than a regular car and it helps out the environment. Thumbs up for that.”

To find a participating car dealership, check eligibility, or learn how to apply for the Replace Your Ride program, visit replaceyourride.com.

The series of virtual conversations will cover topics including building the state’s climate resilience, implementing climate policies in an equitable way, aligning financial decision-making with climate realities and other subjects.
Read more
News