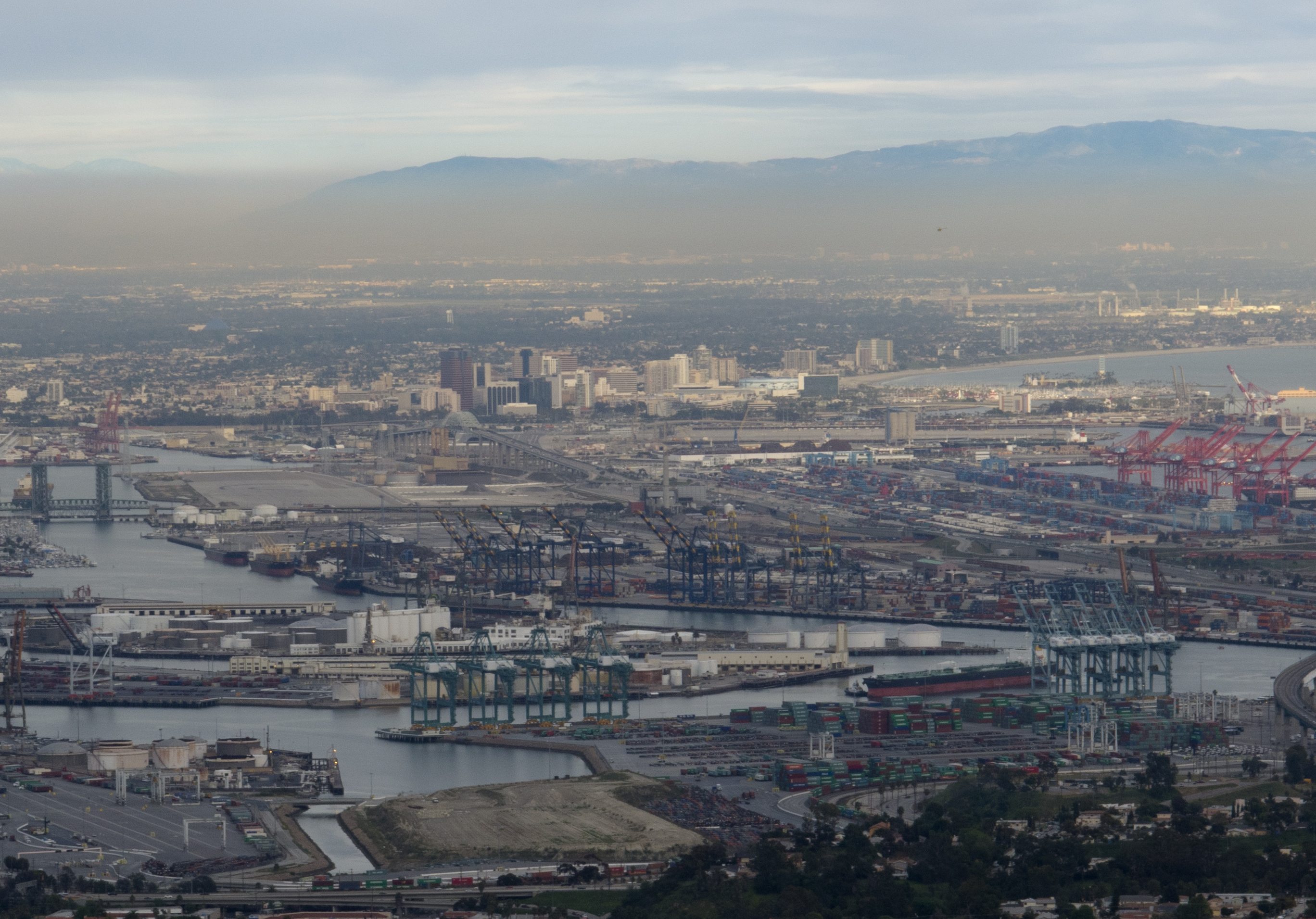 Solidarity with Hong Kong and impeachment in Washington

Here at the southern edge of California, where ships from all over the world converge, progress is counted monthly by the volume of goods handled — imported commodities counted in Twenty-foot Equivalent Units. To the twin harbors of the San Pedro Bay, it’s a $400 billion industry. To the workers at these ports, it’s  billions in wages and benefits. And to the communities that surround the ports, it’s absorbing of decades of environmental consequences. Money and cargo volumes are not the only gauges of progress.

We export more than just TEU’s to the rest of the world from Los Angeles or America at large. Commerce is not just the exchange of things for monetary value. Commerce is also the very human exchange of ideas and culture. No place in America is this more obvious and more overlooked than Los Angeles, with much of it taking place right here at her ports. We are not immune to the actions of the people in the countries with whom we trade.

For the past three months, and for several years beyond, the citizens of Hong Kong have been engaging in huge street protests and mass demonstrations that started over a controversial bill that threatens their democratic freedoms. And not unlike the protests against President Donald Trump or the demonstrators participating in the World Climate Strike in cities around the globe, the citizens of Hong Kong have risen up against authoritarian rule. This past Tuesday (Sept. 25) LA County Supervisor Janice Hahn proposed the following resolution:

The people of the County of Los Angeles stand in solidarity with the citizens of Hong Kong in their peaceful struggle for freedom, liberty and democracy. We are hopeful that China and Hong Kong will come to a mutual agreement that ensures the rights of all residents

I THEREFORE MOVE that the Board of Supervisors of the County of Los Angeles stand in support of the struggle for democracy in Hong Kong and encourage the efforts of China and Hong Kong to come to a mutual agreement that brings lasting democratic freedoms and liberties to the citizens of Hong Kong.

This motion came just hours before House Speaker Nancy Pelosi announced that House Democrats were moving toward a formal impeachment inquiry of Trump. So from the halls of our nation’s capital to the Los Angeles County Hall of Administration the export message is that “democracy matters.”

Pelosi referenced in her remarks a famous quote by one of our nation’s founding fathers and signatory of the U.S. Constitution, Benjamin Franklin, who alluded — that you can have a republic if you can keep it.

Upholding the rule of law is precisely the shot-across-the-bow of the Trump administration that will be heard around the world — or “exported” if you will. Even while divided, this is finally America as a nation standing up for our core beliefs in liberty and justice for all.

Political change does not start in the hallowed halls of justice or in the legislatures, but in the communities, as we’ve witnessed this week when tens of thousands were marching during the Climate Strike protests. The wheels of political change began to move when a young Swedish teenager began to move against climate change, inspiring a new global generation to rise up with her. This is what the world longs for against the growing tyranny of oppression and nationalism that Mr. Trump represents. This is what Franklin meant by “… if you can keep it.”

Oddly enough, on this very same Tuesday, the U.S. president was spouting off antidemocratic, anti-universal rights notions at the United Nations summit on climate change, speaking as he normally does without any sense of place, audience or historical context. Trump’s pronouncements on national patriotism, sounded more like a defense of white nationalism — a stark contrast to the United Nation’s Universal Declaration of Human Rights, which is a foundational document of that body.

Many of those rights Trump has already violated at our southern borders such as the right to impartial tribunals or the right to seek asylum from persecution, or that “The family is the natural and fundamental group unit of society and is entitled to protection by society and the State.”  He should read it sometime while he’s separating families at the borders.

To the citizens of Hong Kong, to the people in nations of the world who are still oppressed and to those in America still hiding under their pillows — freedom and liberty are something worth striving for, fighting for and holding on to. Not for it to be lost to fear and hatred inspired by tyrants — even the tyrants of our own making!