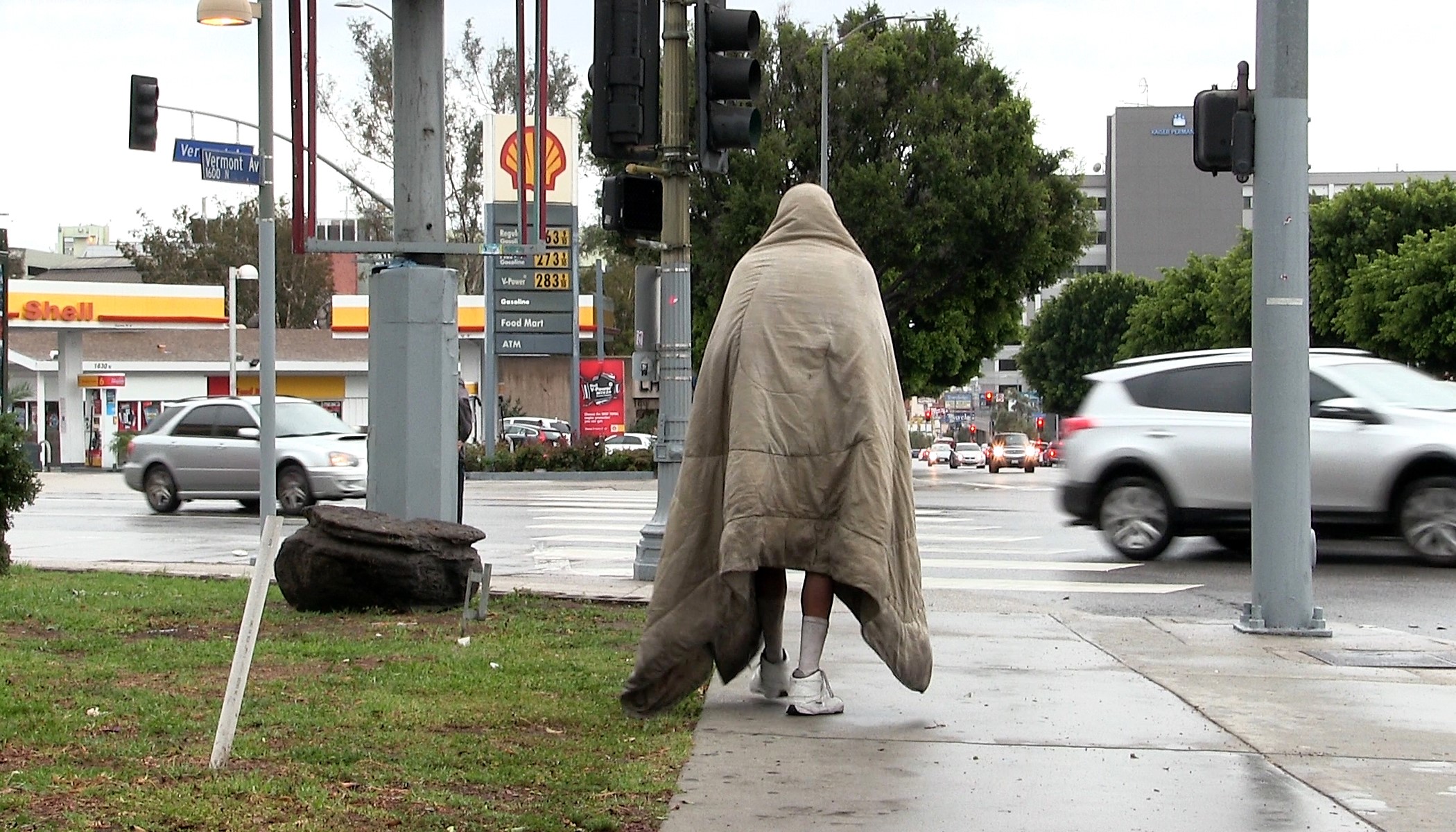 The heroes of the disenfranchised, the frustration of the crisis

The Advocates, a documentary film by Remi Kessler, is a sweeping look at the history and causes of Los Angeles’ homeless crisis through the eyes of tireless advocates working to improve the lives of their homeless clients. It is perhaps the most moving piece of reporting I have seen in recent years and it stands in stark contrast to the one-hour KOMO TV special aired on March 16, Seattle is Dying.

The team who screened The Advocates at the San Pedro Grand Annex recently should be congratulated for bringing forth such an in-depth look into the challenges of actually getting people off the streets. As heroic as these advocates are in their efforts, I was left with just one very depressing afterthought: even if there were 5,000 of these case workers there still wouldn’t be enough housing to give all of our homeless residents shelter.

Amber Sheikh Ginsberg, who helped get The Advocates screened at the Annex on April 11, was recently honored for her work in organizing the 15th Council District working group on homelessness at City Hall.

“A movement or coalition is not made up of one person,” Ginsberg said. “Over the past year, dozens of local residents have truly led this charge and hundreds more have joined them in solidarity to support solutions to ending homelessness. I’m so proud of everyone who has stepped up to support solutions.”

There are any number of people out there doing their best to help people get off the streets, yet clearly it would take an army of such people to do this work with no foreseeable end in sight, especially since nothing has been proposed yet that will stop the flow of people descending into it. We are dealing with a humanitarian crisis but without the seriousness of a crisis. The mayor postures, the people protest, and the city and county pass measures to fund housing. Yet very little is being done RIGHT NOW!

Yes, there are plenty of people working on it. Lots more are talking about it. But the cure for homelessness, something that would require a huge economic-social shift, is not something anyone really wants to discuss.

Even the wealthy developers of Los Angeles are beginning to see that their dreams of recreating a “new” LA hinge on how this city cures its homeless crisis. Mack Real Estate Development Chairman Paul Keller spoke at a Bisnow Future of Downtown Los Angeles event and said, “The only way we’re going to solve this… is that the vast majority of us — in some way or another — get involved.

“It is time for all of us to step up,’’ Keller said. “I think for all of us who love the city, we really need to think long and hard about collaboratively working towards solutions or it’s going to be a very serious downside that’s going to hit all of us.”

In contrast, the Seattle is Dying perspective seems to continue the narrative of blaming the homeless, even demonizing them for their plight.

“The KOMO special, by reporter Eric Johnson, definitely appeals to the ‘I don’t want to have to look at homelessness’ viewer,” Catherine Hinrichsen wrote. “It’s a call to punish, rather than help people in need and it seeks to divide them into ‘the real homeless’ (or the deserving poor) and all the others.” Hinrichsen writes for Cross Cut in Seattle and she is project director of Seattle University’s Project on Family Homelessness.

We clearly have these two perspectives on homelessness here in the San Pedro Bay area: those who call it a humanitarian crisis and the others who see it as a criminal issue.  Los Angeles has been juggling these two perspectives between 56.11 enforcement and losing court battles over civil rights for a decade. Councilman Joe Buscaino, representing the 15 City Council District, has only belatedly adopted the Bridge Home policy after Mayor Eric Garcetti changed course a year ago.

This change has alienated many of Buscaino’s NIMBY constituents, as he was previously content on simply chasing the homeless from one encampment to another.  There is still no solution for the people living just one block from his San Pedro City Hall office. There is no immediacy to his taking any action whatsoever — even to give these people trash cans or temporary sanitation.  So, of course, everybody is concerned and upset about the mess.

What needs to change is that the homeless issue needs to be addressed as a public health crisis on many levels and immediately. The county and cities jointly need to set up triage centers — safe places on public lands, off the sidewalks, where our unsheltered neighbors can camp temporarily in secure, sanitary conditions. Then sort out who needs what help by using an assortment of professional services from both the public and non-profit sectors.

What we don’t have now is a coordinated effort utilizing all the resources that we have available to address this problem. Instead, we are just waiting for the developers to come in, using Prop. H bond money to build permanent housing at some future date. This is not a realistic solution.

It’s shocking how the service providers featured in The Advocates work so hard to get so few people off the streets and how much time it actually takes to get even one person a Section 8 vouchered apartment. This is the frustration of solving this issue and everyone who has looked into this problem knows it. Service providers need to be demanding a shift in the groupthink at city hall to shelter now — triage centers with services and sanitation.

Yes, it is time to bring our unsheltered residents off the streets and that is something everyone can agree on.