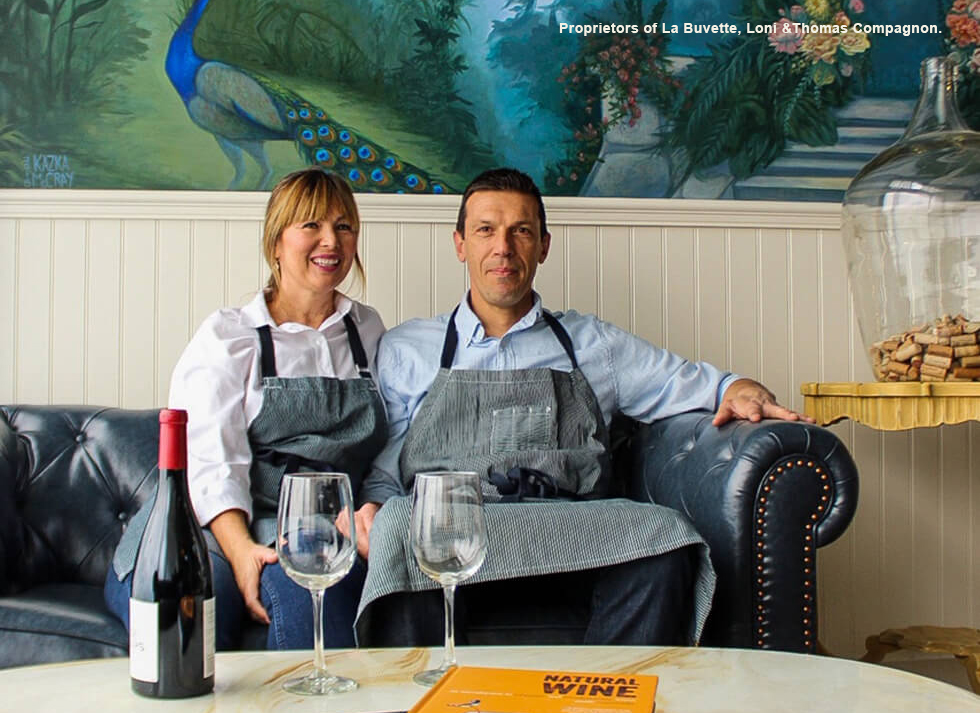 The hills of San Pedro are celebrating, dusted with the gold and yellow and orange of the wildflowers, bursting with the blessing of the recent rains and the energy of spring. Downtown San Pedro is feeling the heat, stepping up with three new restaurants, making the reputation of a culinary destination in the harbor a possibility again. Just a stroll around the 6th and 7th street core reveals new treasures among the favorites.

La Buvette is the second jewel in the crown at 335 W. 7th St., soon to open as a cozy French bistro and wine bar.  To anyone who has ever stepped into a restaurant in a small French town, La Buvette will feel instantly familiar. ­It features the classics of the bistro menu — steak frite, charcuterie and fromage board, and perhaps beef bourguignon simmering on the stove. Enjoy the rustic cuisine with paired with selections from a deep and well curated wine list.

The French eatery just received its alcohol license and will be open for business April 9. La Buvette promises to be as beloved as the crown jewel, The Whale & Ale and the delightful new Sebastian’s Mediterranean Cuisine restaurant all in the same block. 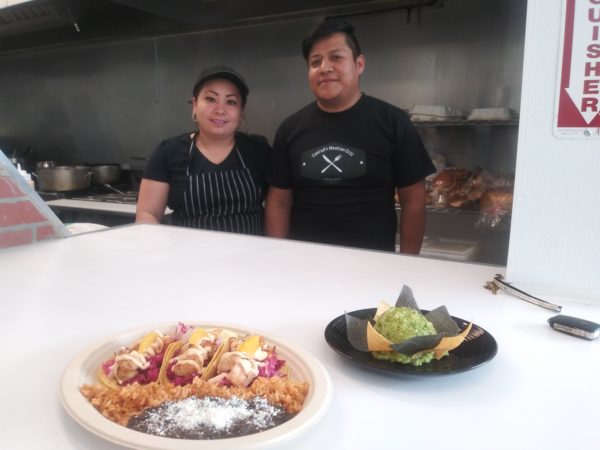 Conrad’s, named after the restaurant’s founder, Conrad Aguila, is at the corner of 6th and Nelson streets and is serving fusion Latino cuisine, taking cues from the ancient as well as cutting edge Latin ingredients.  Conrad’s most significant dish is really the result of a domestic disagreement. Mrs. Aguila uses her own family recipe for mole sauce, the smooth and deeply flavorful spicy chocolate sauce developed over the centuries. Mr. Conrad likes his family recipe. Thus  has San Pedro become the poor victim of two kinds of delicious sauces.

Often served with turkey or chicken, mole  is splendid on enchiladas or Conrad’s wonderful chile rellenos. Try the corn and mushroom tacos — fantastic.  All of Conrad’s salsas are terrific — if you would like the best bean-and-cheese burrito of your lifetime, check out Conrad’s classic with salsa.  Moving forward, the watermelon salad is amazing, the breakfast huevos rancheros are awesome and the coffee is superb.  Conrad’s takes the spot that venerated favorite Beach City Grill occupied for 30 years.  Pride of place is well served here.

Café Panzano takes the other historic corner just across the street, the original home of Olaf Christiansen’s Norwegian Bakery and Imports from 1946 to 1975.  A small piece of Italian San Francisco seems to have been gifted to downtown San Pedro with a bit of New York thrown in for good measure. Chef Joseph brings the feelings of the old and the new to our city by the  San Pedro Bay. Café Panzano will have it all. Opening soon.