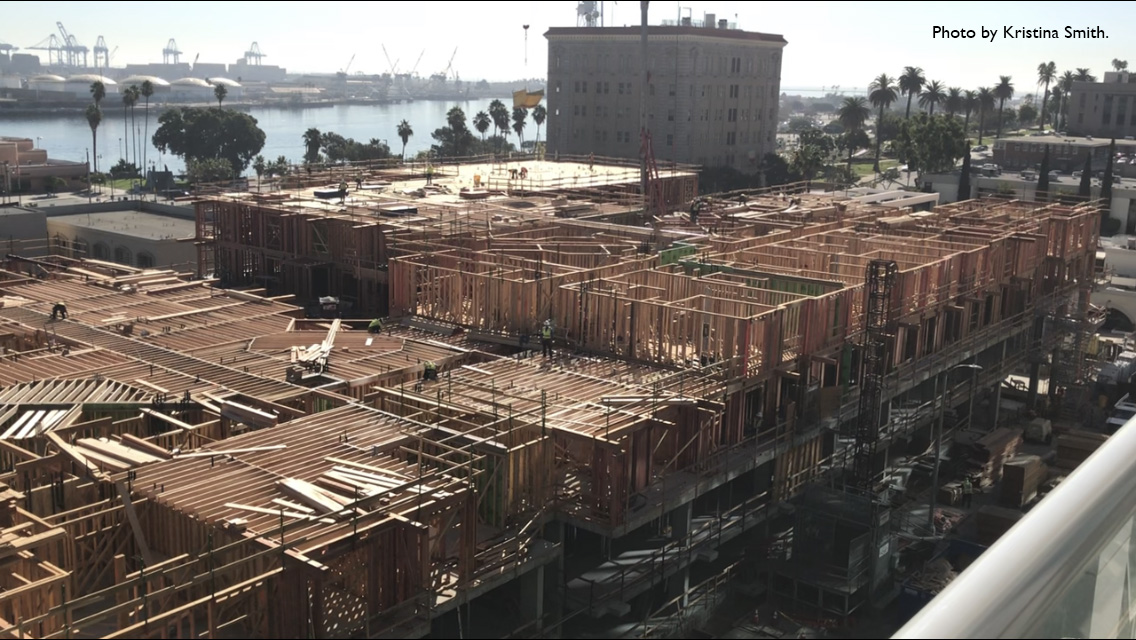 For some 50 years, I have witnessed the comings and goings of “great” plans for community development here in the Los Angeles Harbor Area and Long Beach.  There have been far too many studies, community plans and town hall meetings through the years. And, through it all, far too much acrimony. I have often said over these five decades that if you want to start an argument just start talking about public land use.

From the bygone days when old Beacon Street was torn down, to the demolition of The Pike in Long Beach and the string of redevelopment projects on both sides of the harbor in between, there have been numerous false steps and dead ends before anything actually got built.  The demolishing of Ports O’ Call is just the latest plan in which civic leaders were attempting to “do the right thing,” while promising prosperity. There are reasons for doubt and skepticism.

Joan Milke-Flores, the Los Angeles City Councilwoman who represented Council District 15 in the 1980s, proposed and started the Milke Walkway from White Point down to the harbor. It’s why there are a series of squared bricks embedded in the sidewalk along Paseo del Mar and beyond. She was also the district’s first councilperson to spearhead San Pedro’s revitalization effort, one of several attempts to save downtown San Pedro after the canneries and shipyards closed, leaving a vacuum of 30,000 jobs.

Milke-Flores also ushered in a sweeping zoning change that allowed for higher density residential development, which you can see rising out of the older neighborhoods with two and three story stucco box apartments and the developments up on Capital Drive on the north end of town. After this, San Pedro was destined to become a “bedroom community.”

Replacing Milke-Flores was Councilman Rudy Svorinich Jr., who spent most of his two terms in office trying not to get torpedoed in the battle over a large tract of navy housing land most of us still call Ponte Vista  after it was given to the City of Los Angeles.  President Ronald Reagan signed the McKinney-Vento Act in 1987,  a law that provisioned that this land must first be used to benefit the homeless. The McKinney Act originally had 15 programs providing a spectrum of services to homeless people, including the Continuum of Care Programs: the Supportive Housing Program, the Shelter Plus Care Program and the Single Room Occupancy Program, as well as the Emergency Shelter Grant Program. This law planted the seed of community conflicts to come.

Even in the 1990s, homelessness as an issue was contentious if not an ignored community problem. It just wasn’t called a crisis. Only 25 years later  a small portion of the former Navy housing would be rehabilitated to address homeless veterans. The remaining land, which was sold to one developer after another through years of fights with the community over the density level of the final development, remains unconstructed and vacant.

Next, San Pedro thought that it hit two homeruns in the game with the election of Mayor Janes Hahn and his sister Janice to represent Council District 15 following the fight to secede from Los Angeles. Both were San Pedro residents.  During that time, the first stretch of waterfront promenade was built plus a new fire station, animal shelter and Los Angeles Police Department Harbor Division as part of Mayor Hahn’s commitment to keeping San Pedro “in the city.” The focus was to have the Harbor Area recognized for being the front door to the Pacific Rim for Los Angeles trade and commerce.  The dream was short lived with the election of Antonio Villaraigosa as mayor, but Councilwoman Hahn persisted, expanding upon the two San Pedro redevelopment districts and the creation of two major parks, one in Wilmington and the other at 22nd Street, all on port properties.

However, one of the biggest land battles ever fought in this community was over the China Shipping terminal that capped what one harbor commissioner termed “The 100 Years War” between the Port of Los Angeles and the community.  With the threat to bulldoze the small promontory overlooking the harbor, north of the Vincent Thomas Bridge, a small group of San Pedro homeowners and the Natural Resources Defense Council took POLA to court and won on appeal a $65 million lawsuit that forced the port to mitigate its industrial polluting activities.  The terms of that decision and resulting reverberations are still being felt nearly 20 years later. The recent Supplemental Environmental Impact Report for China Shipping is a residual consequence of the port’s failure to fully comply with the original settlement.

Since this time, the port’s pollution levels have declined significantly but are heatedly argued about, monitored and studied as never before. But the goal of “zero emissions” is still elusive and as distant as the technology to achieve it.

Councilman Joe Buscaino has now been in office since January 2012, first elected to a vacancy when Janice Hahn ran for Congress. He has been elected twice and been involved in more land battles in various parts of his district than anyone since Svorinich.  He has championed new housing development in every part of his district, including the infamous Sea Breeze in Harbor Gateway. This $72 million apartment complex got, developer Samuel Leung indicted, with one felony count of conspiracy to commit campaign money laundering and one felony count of offering to bribe a legislator.

Closer to the port, there are now some 420 housing units under construction, with only three units of them qualified for low income. Few affordable housing units are being planned in San Pedro if there’s any plan for them at all.  Yet on the pathway to new residential gentrification we have now lost some 450 permanent jobs with the demolition of Ports O’ Call, which was expedited for no apparent reason and now the sale and forced closure of Harbor View House.  All of these new developments are chasing some dream of prosperity while ignoring the historic loss of  30,000  jobs from the Reagan era. This is the current predicament of solving the growing homeless crisis while ignoring sustainable solutions.

New housing is only part of the solution and providing shelter for the least in our community must be done. But the question remains: where are jobs that sustain a growing community?