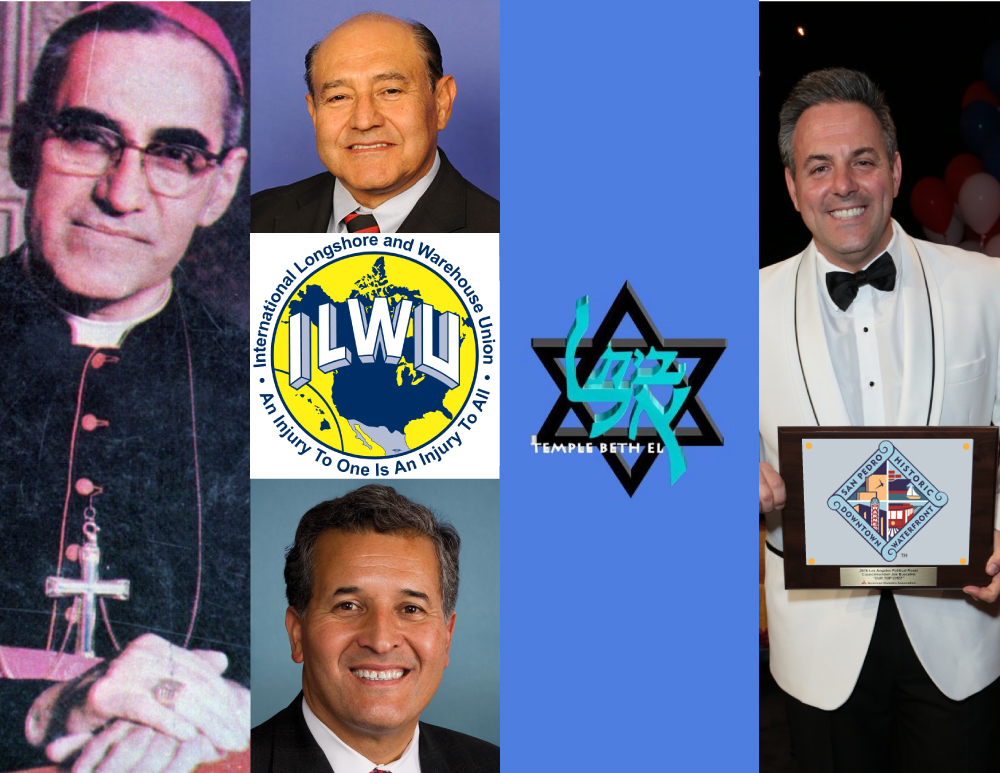 Pious Latin Americans can always find a good joke to identify an actual problem. The Holy Trinity? Oh yes, that is the oligarchy, the military and the church. And history demonstrates this problem in the behavior of many church leaders. In his early years as bishop and then archbishop, St. Oscar Arnulfo Romero might have been seen as typical.  But something happened. He said, “Me converti.” (I have been converted). And what caused his conversion? He identified with the poor, the oppressed and the excluded. The murder of his friends in the clergy contributed to his conversion as well. He became a voice for the voiceless.

As such he was perceived as a traitor to the oligarchy and the military. He had no support from his fellow bishops. In February, 1980 Archbishop Romero wrote a letter to President Carter demanding that the U.S. stop military, economic and diplomatic intervention.

In his sermon of March 23, 1980 he called upon the military to disobey: “In the name of this suffering people whose laments rise to heaven each day more tumultuous, I beg you, I ask you, I order you in the name of God: stop the oppression.” The next day, while celebrating Mass he was shot and killed by a death squad linked to U.S. policy.

Aside from being a martyr in his faith, Archbishop Romero demonstrated the politics of liberation. Those on the side of oligarchy and power tried to stop his veneration in the Church. The “sensus fidelium” (sense of the faithful) won out. He was called a saint by the people of Latin America long before his institutional canonization by the Church. Pope Francis finds himself in much the same kind of ecclesiastical tension. He took the name Francis in honor of St. Francis of Assisi. As we read the life of St. Francis we will see that he had a very tense relationship with the hierarchy. He met with Islamic leadership in the midst of a bloody crusade.

He proved that dialogue is far more effective than the aggressive wars of the Church. Aggressive war remains as the greatest evil. It is composed of murder, torture, rape and lies. All polities must outlaw the curse of war and jail its perpetrators who continue to walk free in their quest for power and money.

I rarely question the ILWU’s endorsements. In 2016 they endorsed Bernie Sanders right out of the chute. This time, however, I question four of them: Lou Correa and Juan Vargas running for Congress in the 46th and 51st Congressional Districts respectively. Harken back to early-2012. There was tremendous optimism that SB 810, a single-payer healthcare bill that made it to Governor Arnold Schwarzenegger’s desk twice, would be signed by Jerry Brown. But it didn’t even make it to Brown’s desk. Why? Because six Democrats sabotaged it in committee. Correa voted against it, Vargas abstained. Alex Padilla, Secretary of State. Padilla was one of the “Infamous Six,” abstaining from that vote on SB 810.

Anthony Rendon, Speaker of the State Assembly, seeking reelection in the 63rd AD.

Have Correa and Vargas given any indication they will sign on to Bernie Sanders’ single-payer bill? Has Rendon recently dropped hints that he will soon let SB 562 continue through the political process?

In Rendon’s case he has a very capable opponent in Maria Estrada. Some have compared Estrada to Alexandria Ocasio-Cortez in New York and she is an unapologetic supporter of Medicare-for-All. Why are you letting these guys off so easy?

I would like to commend Temple Beth El on their commitment to the homeless by offering a few parking spaces for the Safe Parking LA program.  I am saddened that so many people are voicing negative feelings about the location.  It is usually out of ignorance that people respond this way because they don’t understand the details of how the program works.  It is especially important that homeless women who have to sleep in their vehicles are provided a safe place to park at night.  I hope through outreach and education we can make those voicing such negatives responses understand that this is a crucial component towards solving the problems of our homeless neighbors. A special thank you to the leadership at Temple Beth El for stepping up to be part of the solution.

Uncle Joe at the PBID Meeting

Councilman Joe Buscaino showed up at the PBID [Property Owners Business Improvement District] meeting Oct. 3 to give a short campaign speech and tout his Little Italy plan for San Pedro. It sounds like his master plan now includes the revamping of Pepper Tree Plaza.

“To put it to better use.” Uncle Joe asked for a letter of support from the board, which they voted to draft without a single board member asking a single question or any discussion … (As usual, the relationship between Council District 15 and the PBID continues to be, you adequately lubricate my anus and I will generously lubricate yours).

There were two issues raised by a member of the community that attended the meeting:

1. Will there be a RFP (request for proposal) from the city for the redevelopment of the plaza?

Buscaino avoided answering this question both times it was asked. He did state that he currently has someone working on the design aspect of the project.

2. The issue of the pepper trees remaining in the plaza was also raised. Joey used his talent for evasiveness to avoid a direct answer to this question, but he implied the pepper trees would need to go, saying, “If they are not protected, we could do two for one replanting.”

Like other issues the Councilman has initiated without much consultation with the community, like the Homeless Navigation Center and the Bridge Home location on Beacon Street, his Little Italy proposal has had little public input, no consultation with the Central Neighborhood Council and is done in a completely ahistorical context.

Thank you for reporting this to the community as it would otherwise have gone unreported as few citizens regularly pay attention to the workings of the PBID.