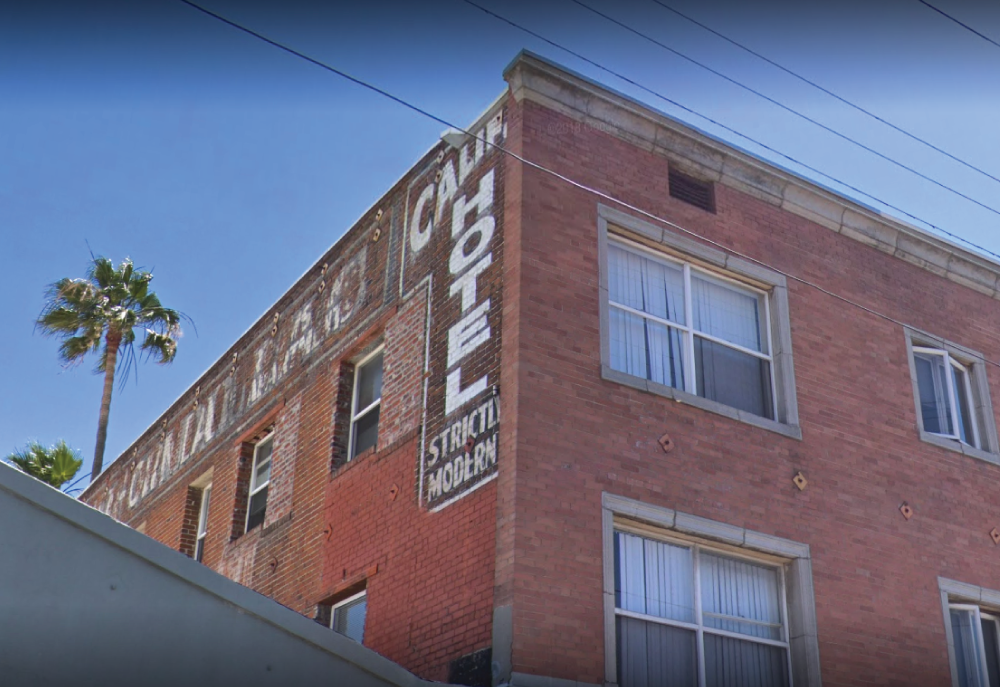 I first moved our offices on to Pacific Avenue back in the 1980s, not far from the California Hotel in San Pedro. Back then, the hotel held little resemblance to the Hotel California the Eagles made into a hit song the decade before. The California Hotel of the 1980s was a three-story flophouse that housed ex-cons, prostitutes and a dive bar with a sketchy reputation. It never got busted for much of anything since the bar’s owner had a Los Angeles Police Department officer for a relative. It definitely gave this part of Pacific Avenue the reputation it deserved. Real estate prices reflected it.

I recall one cold-for-California Christmas Day, when an old wino was found dead behind the hotel. The Los Angeles Fire Department was called out to deal with the body. The deceased, like many of the ghosts on Pacific Avenue, was homeless, addicted to alcohol and nameless. It was a condition far too common during the post-industrial decline of the San Pedro Bay during the 1980s — a period of time in which some 30,000 port-related jobs were lost to the global economy.  This death and the job losses with the declining property values were never really connected by any other news media outside of this one. Our city leaders continue to ignore this connection as irrelevant to the current homeless and opioid crisis.

Instead, our civic leaders are hell-bent on Making San Pedro Great Again by way of big entertainment events on the waterfront and “redeveloping” the Rancho San Pedro housing project. This turn follows an excruciating years-long process of talking about developing the bridge-to-breakwater, that started almost 20 years ago then making Gaffey Street “Greet.” Yes, they did misspell the signage.

My point in bringing up the California Hotel is to highlight it as a perfect example of adaptive reuse that solved several problems with one community supported solution. The building was an eyesore, mismanaged by an well-established local family. A nonprofit group called a Community of Friends bought and rehabilitated the building and provided low-income housing to the disabled and the homeless using tax credits.

If you drive by it today, it looks like any other older brick building along this street but better maintained. It was done with the input and consent of the local community with a few NIMBYs objecting, but it was done and it very much changed this neighborhood for the better.  This is a formula for preserving our older buildings, housing the homelessness and building a hedge against gentrification.

Contrary to what some of my critics claim, I am not opposed to building a new generation of housing or commercial development in the Harbor Area. What I am opposed to is cheap looking architecture that makes our town look like every place else with post-modernist flourishes and gimmicks that have no relationship to either our history or the context they’re built in.  The current design for the San Pedro Market Place, or Ports O’ Call as it will probably always be known, comes to mind as the perfect example of lame design based on a slick gimmick.  It doesn’t really have any historical references and is being proposed as a complete redevelopment solution with no adaptive reuse component. This is obviously in discord with the reputations of both the Ratkovich and Jerico developers who together have a long history of rehabbing older buildings.

Like many of you, I have traveled up and down the West Coast and all of the most successful waterfronts have saved many of their historic buildings, keeping their heritage, while renovating or building new in between very well designed commercial buildings.  The good examples — from Seattle to San Diego —successful waterfront developments connected to their old down towns abound. This is what we should be demanding for this Los Angeles Waterfront.  And yet, the Port of Los Angeles doesn’t seem to be listening.

So the local council office steams off on its latest enterprise to build Bridge Home shelters with very little community input and not a clue as to what it will actually look like. Thus far, they ignore the best ideas on available properties to place a triage homeless facility.  Councilman Joe Buscaino also hasn’t figured out how to help those nonprofits who could rehab and retrofit buildings like the Don Hotel in Wilmington or the Odd Fellows in San Pedro for homeless housing. The councilman has, however, been keen on allowing a Fort Apache-style drive-thru Starbucks to be built on one of San Pedro’s “Greet” Street intersections.

If this was any other coastal city in California, every one of the fast-food commercial developments on Gaffey Street would have been built with second story housing on top of street level commercial. Instead, what has been allowed is a lot of bad traffic planning surrounded by  two entryway parks that no one uses and a line of expensive palm trees to make the Greet entrance look like anywhere in Southern California.

All of this public investment in making things look better mask the underlying complexities of actually improving the quality of life in the Harbor Area.  Most of it is feel good stuff.  If we don’t address the underlying causes of homelessness and drug addiction, while dealing with the obvious results of people living on the streets, gentrification and redevelopment may be pointless enterprises. We will just end up pushing more people out of affordable housing and jobs in exchange for new higher rents.

The goal of making the San Pedro Harbor Area a destination for waterfront entertainment may well come to pass — and pass at the expense of locals who no longer wish to deal with the throngs of visitors arriving by car due to the absence of public transit and the clogging of our freeways due to expanding commercial truck traffic from our ports. Just imagine adding another 2,000 housing units within the next decade with two cars each.

If we don’t solve the homeless issue now in a realistic and compassionate way, I don’t know how civic leaders can hope to preserve the identity and the curious culture we call Pedro.

Somehow Don Henley’s response to a question on 60 Minutes on the meaning of the song seems to apply here, “It’s a song about the dark underbelly of the American Dream, and about excess in America which was something we knew about,” he said.

Which gives a curious twist on the line, You can check out any time you like, but you can never leave.

Piledrivers Local 2375 Is No More