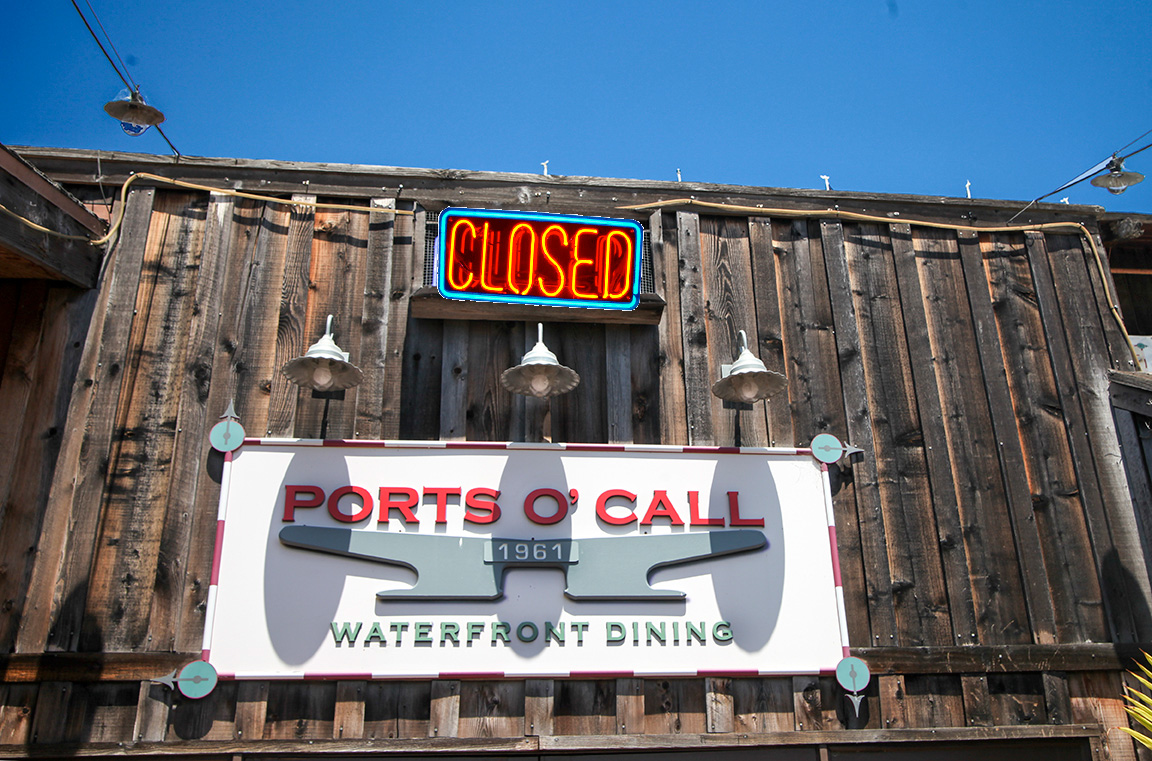 The port’s single-minded push to evict this last tenant from the village has caused much hostility towards both the developers and the Port of Los Angeles leadership from many parts of the community.  With the constant promise of “future jobs and prosperity,” Councilman Joe Buscaino and the port leadership never realized the true human cost of changing the phasing of the development plan from the original 2009 environemental impact report. Why it changed is still a mystery that the port and Jerico Development have not divulged, but it comes with the loss of 150 good-paying jobs now and on the day before, with the eviction imminent, the suicide of the 35-year general manager Jim Ryan.

One former employee who preferred not to be named called Ryan, “one of the most dedicated and loyal employees ever.” And it is true, Ports O’ Call Restaurant was his life; he often worked six days a week and held it all together — running the back office, filling in at the front desk and constantly moving through the dining areas to oversee the staff.

Ryan reportedly went home not feeling well Saturday and last talked with a member of the Wilson family on Sunday saying “he felt better.” By Monday he couldn’t be reached by phone and only later was found dead at home.

His death is tragic and senseless, as there were alternatives to the forced eviction of POC that were never considered once a decision by the port was made a year ago. And, nothing that the community said seemed to make a difference, but his death does somehow seem symbolic of the battle between the port and the community and the closed iconic restaurant.

There are no plans for a memorial service as the shock slowly sinks in as to the true human cost of the port’s callus actions.