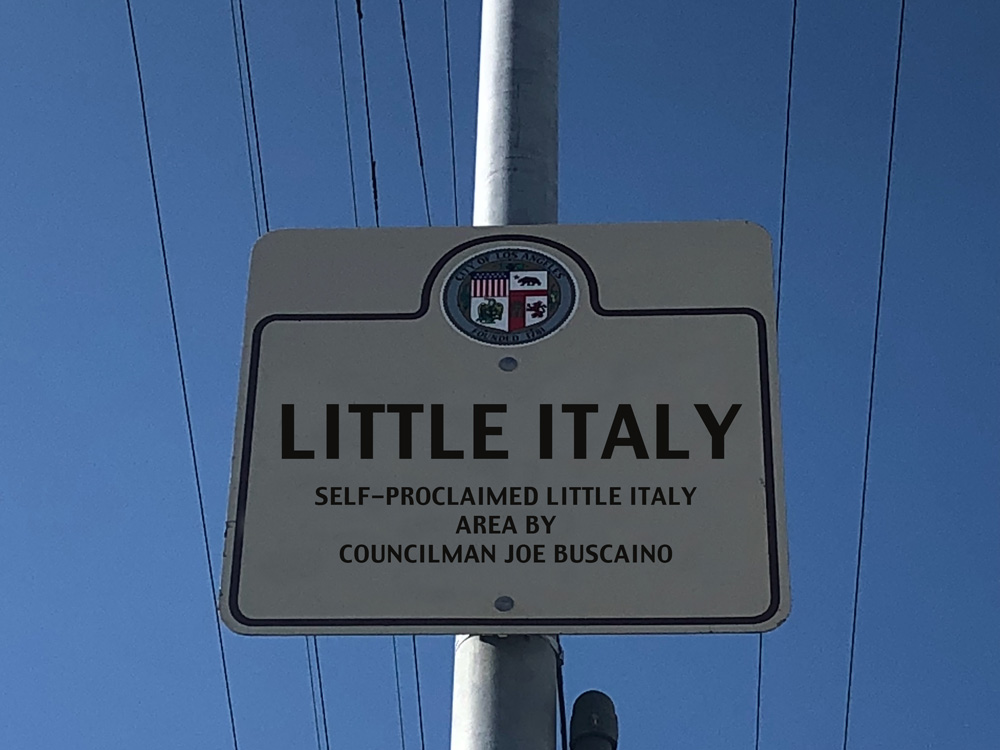 Symbolic of lack of collaboration with community

When I heard the news that Councilman Joe Buscaino had gotten a large portion of downtown San Pedro designated as “Little Italy” it was like — “Say what?”  This came out of nowhere. There was no collaboration with any neighborhood council or group. There was no discussion with the San Pedro Chamber of Commerce. So this designation is supposed to do what exactly?  Merchants in the newly named district, most of whom aren’t Italian, are tilting their heads in wonder as this newly minted district coexists with the branding of the Waterfront Arts District, the San Pedro Historic Waterfront District and the demised Beacon Street Redevelopment District. Meanwhile, the San Pedro Business Improvement District has been spending more time and money searching for yet another brand.

If some people are confused about what to call this area or are concerned about “branding” it once again, Buscaino has just unintentionally complicated the issue. The reason for Little Italicizing it is unclear. Was this for ethnic pride, or was he simply courting the declining ethnic vote?   Now I’m not even sure of the historical accuracy of the designation, as most of the old Italian families lived south of the central business district in the historic preservation zone called Vinegar Hill, the area where most of little Italian winemakers crushed their grapes — even during prohibition — where the old homes still have wine cellars.

I absolutely love Italian food and most of the remaining restaurants serving the various forms of it are in this area, but so are a bunch of other ethnic cuisines. In fact, between 9th and 6th streets on Pacific Avenue, in the heart of this area, I can count five Mexican restaurants and that’s probably just 10 percent of those restaurants we counted up for our Cinco de Mayo list. That doesn’t even count the taco trucks or the roving tamale vendors.  Anyone up for calling this area Little Mexico?

The point really is that someone has convinced our erstwhile policeman that this worked in San Diego. So, while he’s on track to making San Pedro Great Again, like demolishing all of Ports O’ Call, he should just move ahead without talking with anyone. This is part of the backward flip on diversity that’s being shucked to us with the San Pedro Public Market. Diversity in this case is about bringing fewer people of color to the waterfront.  This is often hidden in the doublespeak associated with the current development promotions.

I don’t know what world Buscaino is living in, but right here, in this part of Los Angeles, we have one of the most truly diverse populations in the most diverse city in America. The most recent time I counted there were something like 19 different nationalities represented in our community, and it’s probably grown since I checked. I personally celebrate this.  And this Little Italy thing does as much to divide our community, as he thinks it does to celebrate his national origins.  Good for you, Joe. How about making my street Little Scotland?

For as much as this is an insignificant issue compared to, let’s say, the homeless crisis, the eviction of Ports O’ Call Restaurant or fixing the landslide on Paseo del Mar,  it is emblematic of Buscaino’s track record: a selfie photo op for his Facebook fans — more smoke than fire, more illusion than substance. This is nothing more or less than a PR move with nothing behind it to improve either the business district or the lives of the people who live and work here.

It is exemplary of the way that this councilman has worked since he was first elected. He doesn’t listen to those outside his own circle; he looks at most problems as an us-versus-them dynamic and he always wears rose-colored glasses for some promise of future prosperity.  He doesn’t even know how to process criticism, which is part of the job description for being an elected politician.

You’ll notice that Buscaino’s turn-about on the homeless issue came only after Mayor Eric Garcetti announced the “Bridge Home” initiative in his state of the city address earlier this year. Suddenly, Joe wants to show his compassion for the desperately poor neighbors after chasing them all around his district for five years from one encampment to the next, burdening them with tickets they can’t afford to pay and jail when they don’t. This, my friends, is not problem solving. It’s just kicking the can down the sidewalk hoping someone else will pick it up.

So now let’s get down to the real issue — where do we set up the emergency shelters that Garcetti has called for?  There is a loosely formed group comprised of neighborhood council members, San Pedro Chamber of Commerce chairman Tim McOsker and a few others working separately who have engaged the council office in the search for locations.  This once again was not the council office reaching out to the leaders of the community first and seeking advice for solutions from people long engaged in the issue but the council office getting onboard with a political agenda from city hall and then waiting for the community to react.

The problem not the cure

All of this is like his pronouncement two years ago at the San Pedro chamber’s annual luncheon about  a proposed 15-story high rise development in the heart of the San Pedro business district on its shortest and narrowest street. This came not long after, we all learned that the developer was a known real estate fraudster from Solano County who was later convicted.   Like I’ve said before, Joe is long on hype, short on action and now he’s little on Italy.

Whether you agree with this new designation or not, the way this designation came about is a symptom of Buscaino’s leadership, not the cure for our problems.