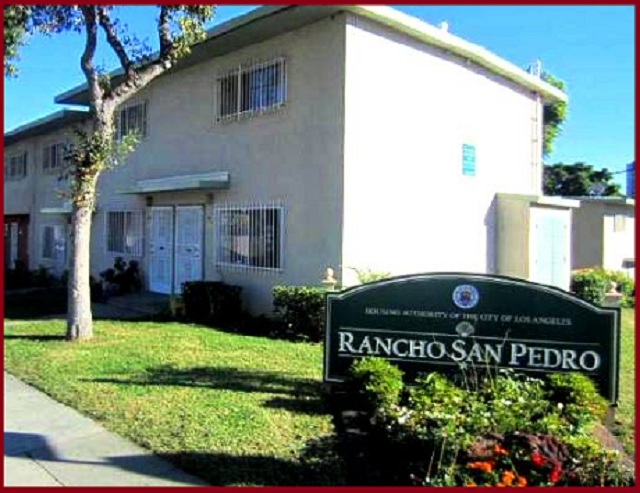 Community Relations Officer John King promoted the idea that Rancho San Pedro’s public housing residents and the Housing Authority of the City of Los Angeles are on a journey together. King spoke at an Oct. 26 meeting regarding the public housing’s redevelopment.

HACLA released a request for proposals about two months ago, a 45-page document on the redevelopment of the 20-acre property.

In a series of meetings, HACLA had solicited what residents wanted prioritized. Requests included better constituent services and access to fresh food. Scanlin noted that with these wants there had to be tradeoffs, but they would aim to avoid trade offs that would displace residents.

Residents will have first right of offer, rent structure will be equivalent to current rates. There would be no major financial impacts to residents.

HACLA will retain ownership of the land on which the housing sits, but will be contracting with the developer to manage it and collect rents, while abiding by HACLA rules.

King said they are looking for a developers with at least 10 years experience, who have a track record of working with communities.

The request for proposals should be completed by the end of November.

A request for qualifications will be released by January 2018 and a selection completed by July 2018.

It’s doubtful the residents knew beforehand that one of the tradeoffs would include restrictions on who among themselves could participate on the RFP review panel.

King informed the residents that the RFP will not be translated into Spanish, that the panel representative must be able to attend all the meetings, sign a confidentiality agreement and an ethics agreement to not meet with the developer or otherwise corrupt the RFP process. The confidentiality agreement could effectively prevent the panel representative from discussing the RFP with residents. The panel selection won’t be completed until December.

Rents will still operate the same with 30 percent of adjusted income in new development. No decision has been made on moving residents during reconstruction. There will be a bus tour to Jordan Downs Redevelopment to give Rancho residents an opportunity to speak with other residents who have undergone a similar experience.

The developer will be asked if it will be possible to include an affordable housing component, but it’s not a requirement.

Many Rancho residents were concerned about the timeline by which to expect demolition and construction to begin. The short answer they were given was 2 to 5 years, but the timeline is ultimately up to the developer that’s chosen.