Expect narrative styles that will entrance you, make you think, laugh and cry through a broad spectrum of visual experiences at this year’s QFilms Festival in Long Beach.

From 90s-inspired lesbian comedies to documentaries that feature activists, the lesbian, gay, bisexual, transgender, and queer and/or questioning community takes the stage, front and center.

A particularly resonant short documentary, Umbrella, which was directed by Rhys Ernst, provides a quiet examination of the everyday challenges faced by transgender individuals. The film notes that while our society has come a long way in the acceptance of transgender individuals, their unemployment rate is twice as high as that of the general population, and the murder rate has skyrocketed in recent years. Particularly poignant is the insight of Monica Helms, navy veteran and creator of the transgender flag, which now hangs in the Smithsonian as an integral part of American history.

“I protected the rights of everybody in this country, and yet I don’t get to have those same rights,” said Helms in the documentary.

With more than 134,000 transgender veterans in the United States, this film becomes increasingly more relevant when taken in context with Donald Trump’s recent ban on transgender military personnel.

But Mara Keisling, executive director of the National Center for Transgender Equality, maintains that this biased attitude against transgender individuals is nothing new in politics. In the film, she catalogues the abhorrent reactions she usually receives when meeting with political officials.

“We would bet on whether or not the person was going to flinch when we shook hands with them,” Keisling said.

Another documentary-style film, Butches, Lies, & Feminism directed and edited by Greggorio Davil, pays homage to the life-work of LGBTQ activist Jeanne Córdova who died in 2016. Through a spliced collection of old interviews with Córdova, overlaid with recordings of her close friends and family members, Davil paints a unique portrait of LGBTQ history. Although the initial trajectory is a bit muddled, the film closes with an interesting examination of the confluence of activism, feminism and the early gay rights movement.

On the narrative end of the film spectrum, The Feels features a more light-hearted examination of the security that love must provide in a healthy relationship. The film centers on a wine-country bachelorette weekend gone awry when Lu unwittingly admits to her fiancée, Andi, that she has never experienced an orgasm. If Wes Anderson ever created a So-Cal reality show, it would view like this film. Occasionally awkward, The Feels is rarely laugh-out-loud funny, but  provides opportunities for inward examination uncommon in modern-day cinema. 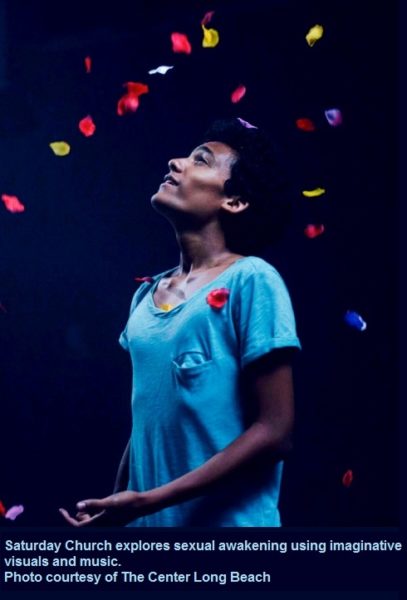 In contrast, Saturday Church presents a more earnest account of a black youth, Ulysses, as he explores his sexuality. Although narratively predictable and uninspired in regards to dialogue, the true beauty of this film lies in the juxtaposition of movement and stillness. The musical numbers, which happen just often enough to breathe life into the film, are the film’s emotional backbone, as the range of song and the intricacies of dance mesmerize. The film’s ending leaves a bit to be desired;  the main character’s journey of self wraps up with too nice of a bow for the narrative to be believable. As far as musicals go, this film was still enjoyable, even for a viewer who does not enjoy the genre.

Overall, the films to be featured in the 2017 QFilms Festival present a diverse array of experiences, narratives and mediums through which attendees can celebrate the many facets of the LGBTQ community.

“It’s important for folks to be able to access stories that resonate with them in their own lives as LGBTQ people,” said Porter Gilberg, executive director of The Center Long Beach. “Sometimes film is one of the only places where folks are able to see themselves reflected back…. You’re not going to find anything nearly as diverse as an independent LGBTQ film festival. Additionally, storytelling … is a really powerful way for us to share our various lived experiences. It’s also a great way to meet other folks in the community and to really celebrate where we’ve come from and where we’re going.” 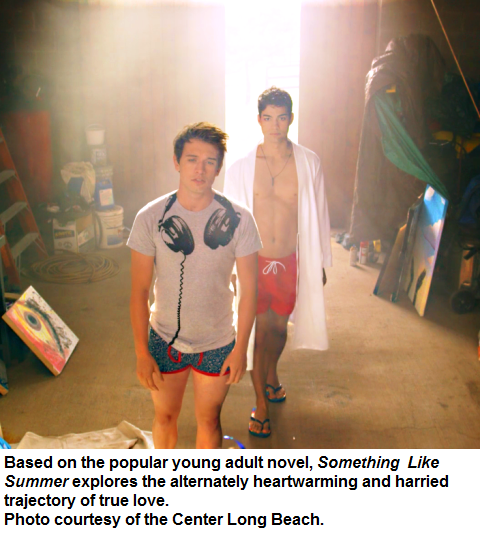 Since 1993, Long Beach has hosted the QFilm Festival, the longest-running film festival in the city’s history. Originally named the Long Beach International Gay and Lesbian Film Festival, this four-day event showcases the diversity and experiences of the LGBTQ community via film. This Sept. 7 through 10, more than 1500 attendees will mingle with the filmmakers and cast members in celebration of the LGBTQ community. All festival proceeds benefit the The Center Long Beach, which has hosted this event since the early 2000s.

Officially incorporated in 1980, The Center operates as the only comprehensive LGBTQ resources and services center in Long Beach, assisting more than 25,000 clients every year.

“In order to serve as diverse an LGBTQ community as we can … we are continually revising and refining our programming and expanding our programming to meet the emerging needs of the LGBTQ community,” Gilberg said. “Part of supporting our community is ensuring that there are cultural programs and opportunities for folks to see additional LGBTQ visibility, especially in the arts. QFilms … is a vital cultural arts program that both helps build community and affords our community the opportunity to see themselves reflected on the screen.”

Although the lineup changes every year to accommodate the submissions of filmmakers, some short film programs are recurring, such as Men in Briefs and Women in Shorts.

“Every year, the festival has its own unique flavor,” said Gilberg. “We obviously have our freestanding programs. We know we’re always going to show the best and brightest narrative features and … documentary features of the LGBTQ community…. But there’s a lot of creativity for us to be able to pair films and create additional shorts programs.”

This year, QFilms is proud to present the first-ever Latinx Shorts Spotlight, showcasing the diversity of the Latinx community.

“We’re also hosting a Queer & Trans Shorts program to ensure that we’re also speaking to the diversity of genders and sexualities in addition to our gay and lesbian communities as well,” Gilberg said. “The film programming is really diverse.”

Along with the diversity of the film programming, the 2017 QFilms Festival is also hosting an art opening.

“Some really wonderful LA-based queer artists … are lending their works specifically for display for QFilms,” said Gilberg. “We have another visual arts opportunity that will hopefully spark discussion in our attendees. And we’ve got a number of opportunities for folks across the LGBTQ community to connect and share stories.”

Gilberg hopes that some of the other events during the festival — which include nightly post-screening parties, a Saturday Ice Cream Social and the infamous Sunday Drag Brunch — will also provide attendees with the opportunity to get to know one another and share experiences throughout the LGBTQ community.

“Part of supporting our community is ensuring that there are cultural programs and opportunities for folks to see additional LGBTQ visibility, especially in the arts. QFilms … is a vital cultural arts program that both helps build community and affords our community the opportunity to see themselves reflected on the screen,” Gilberg said.