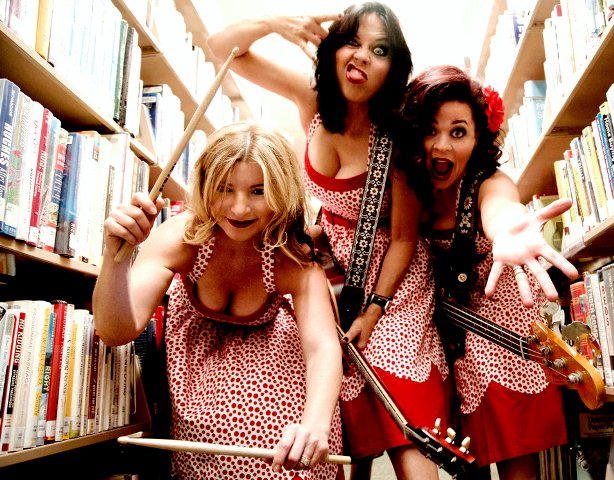 LGBTQ Feminism and the Arts Intersect

During the October 2016 presidential debate, Donald Trump brusquely referred to Hillary Clinton as “such a nasty woman” to discredit her comments concerning his elusive tax returns.

While this comment may or may not have been successful in persuading some of the populace to cast a vote for him, or rather against her, Trump failed to consider the massive backlash his nonchalant statement would have. After Trump won the presidency, feminists across the nation used this phrase as a rallying cry in protest of the president’s off-handed misogyny.

During the Jan. 2017 Women’s March, protesters banded together amidst T-shirts and signs that read: “nasty women fight back,” and “the future is nasty.”

Marching alongside her sisters and brothers, longtime feminist and lesbian, gay, bisexual, transgender, queer or questioning rights activist Susan McKenna noticed this rallying cry and an idea began to percolate.

“I saw men and women together unifying around protest,” McKenna said. “And we were all just so inspired by music and protest and activism.”

McKenna decided that she wanted to use music and comedy to bring together the women’s community, especially those who have been marginalized as a result of their gender identities and/or sexual orientations.

“In this current political authoritarian climate … there is an even greater responsibility to women to help each other and to unify and to resist together,” McKenna said. “I hope to be a small part of that by helping create diverse and fun events by and for women.”

Thus was born the Nasty Woman Concert Series, which will have its inaugural concert at 7 p.m. on July 8 at diPiazza’s Lounge in Long Beach. The NWCS will feature performances as varied as the hip-hop of Wendy Ho and folk music of Abby and the Mist, as well as headliners No Small Children and Kelly Mantle, a star-studded red carpet, a ribbon-cutting with a surprise politician, and a renowned actress performing tarot card readings.

“I always like to say that if the Lilith Fair from 1997 hooked up with the 2017 Women’s March, their first-born child would be the Nasty Woman Concert Series,” McKenna said. “[Attendees] can expect a lot of shenanigans. We’ve got an awesome lineup.”

Although a separate legal and political entity, 100 percent of the proceeds of the NWCS — and hopefully, subsequent concerts — benefit the L-Project Los Angeles. The L-Project works to empower women of the LGBTQ community through the intersection of art and technology. McKenna is among the board members of this nonprofit.

“The L-project’s focus is to create spaces for women,” McKenna said.

It hosts multicultural and educational programs and events to create a sustainable and inclusive community for women in the Los Angeles area. It also hosts an annual Frida Fest in September that honors the legacy of Frida Kahlo by showcasing the work of local lesbian artists.

LGBTQ Feminism and the Arts Intersect

McKenna has always believed in the intersection of LGBTQ activism, feminism and the performing arts. While attending a small college in rural Colorado in 1991, McKenna found both her identity as a member of the LGBTQ community and as a feminist.

“I came barreling out of the closet,” McKenna said. “I didn’t just dip my toe out. I got on my motorcycle, shaved my head, wore combat boots and put a ‘I’m a lesbian’ bumper sticker on my forehead for a couple of years.”

However, the real conflation between her identities lay in the arts.

“I started a feminist group on campus,” said McKenna. “I got involved at the radio station and started broadcasting what I called a feminist show. I discovered Melissa Etheridge and the Indigo Girls. And here I am, 25 years later, still listening to that music…. I met some of the radical women who shaped the women’s movement and [they] definitely shaped my opinion…. Of course, then I got into corporate America and I got into reality.”

The reality that McKenna found was the same one that exists in board rooms across corporate America: overwhelmingly white and overwhelmingly male. In her corporate life, McKenna works as chief marketing officer for a startup company.

“I have spent the bulk of my career working with or for men,” McKenna said. “I get along, of course, but I’m always the only woman in the boardroom…. I still make 73 to 79 cents to a man’s dollar, even at my position.”

Part of the impetus behind the Nasty Woman Concert Series was the frustration McKenna feels working within the male-dominated tech industry for 23 years. As a high-powered female executive, McKenna felt a kinship to Hillary Clinton during the 2016 election.

“I see first-hand what happens to women in power,” McKenna said. “I see how we are positioned as bitches and things that are less-than…. We are ‘pushy’ and ‘aggressive,’ not ‘assertive’ and ‘definitive.’ I myself have been affected by that very recently. And that’s part of the reason why the Nasty Woman Concert was born.”

Another reason that the NWCS was born was to showcase the local talents of important activist bands, including McKenna’s wife’s punk band Shitting Glitter.

“Amy’s band Shitting Glitter is important here because she had drag queens and transsexual women dancing in her band in 2001 when it wasn’t cool to be a drag queen,” McKenna said. “RuPaul’s Drag Race had not been launched yet. She’s been doing this for 16 years and that can’t be left unsaid.… At the same time, we really wanted it to be a diverse musical show.”

But the diversity McKenna referred to was notably rooted in music genre, begging the question as to whether this third wave of the feminist movement — a movement symbolized by pink pussy hats and the Women’s March — will repeat the same mistakes of earlier feminist and LGBTQ movements.

However, McKenna sees this insistence on intersectionality as potentially more divisive than solution-oriented.

“I think we really need to come together as a community,” said McKenna. “It’s no longer I’m gay, or bi, or trans, or queer, it’s that we all have struggles in our community and in other communities too…. I wish we could all come together as a community and agree on a few simple things to help move our agendas forward. The more we are fighting internally, the less we are going to get done.”

But for the show on July 8, what McKenna is most concerned about is providing a safe space for sexually marginalized women.

McKenna is already looking toward the future, hoping for possibly a second show in Hollywood come October.

“We’d like to take the show on the road to parts of Northern California or the Northern West Coast,” McKenna said. “We’d also like to go to Washington, D.C. and New York. I’ve had interest from a lot of different bands and musicians.… We’re talking to people and organizers right now but we need volunteers…. To me, this isn’t just about a concert series…. This is about a movement. That’s what we’re looking to create.”

McKenna hopes that each one of the future shows will be individualized, with local performers and talent in the vein of Sarah McLachlan’s Lilith Fair.

“My hope is that we can create a local community event, with one or two headliners that have national recognition,” McKenna said. “It’s an organic movement. Wherever the wave takes me, I’ve got my bathing suit on. Let’s go.”