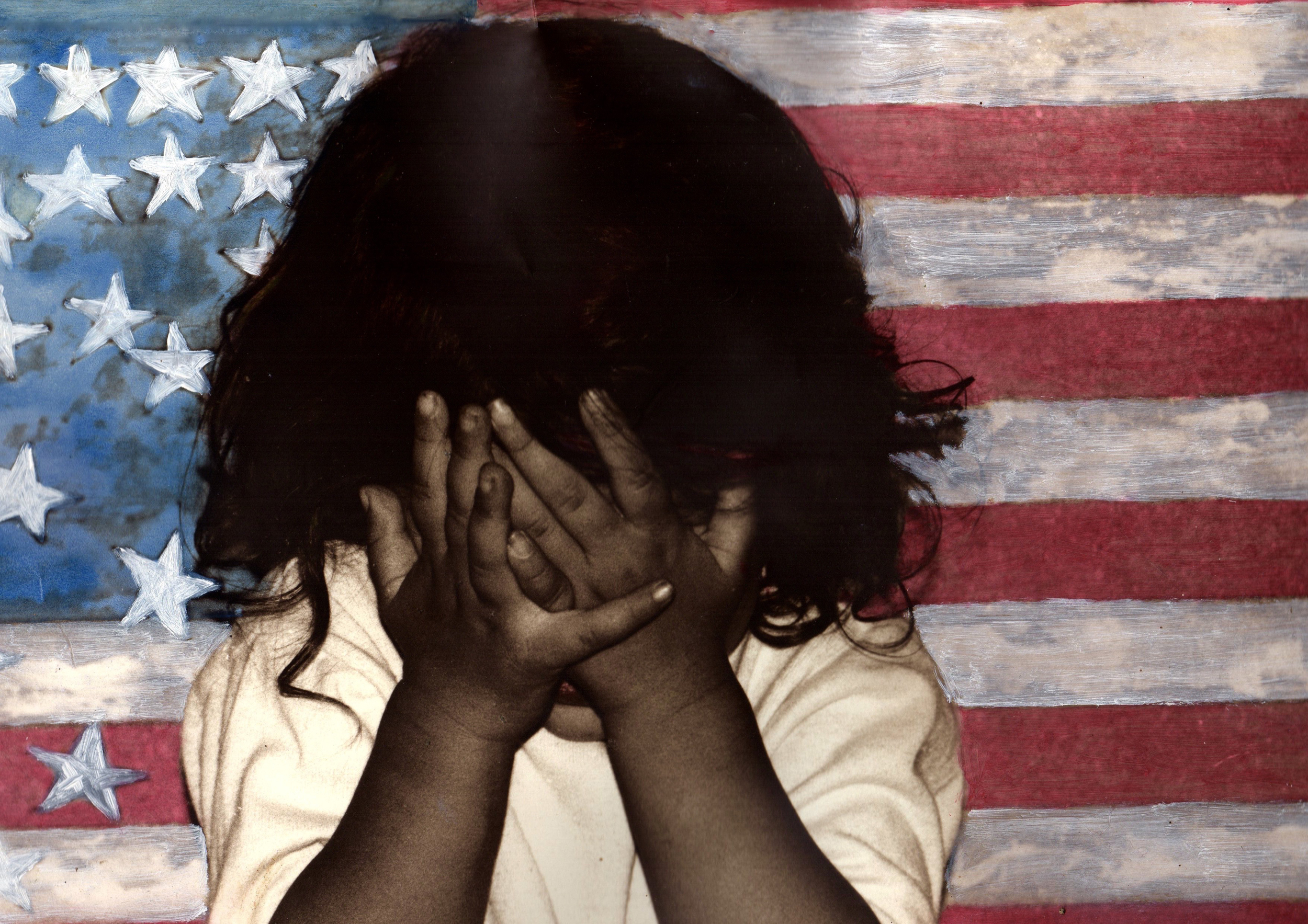 As the inauguration of Donald Trump as president of the United States completes its transition in our minds from inconceivable to imminent, The Loft Gallery in San Pedro has gathered the work of almost 50 artists for Dear President, a special exhibit.

The idea for this exhibition, which opens Jan. 14, originated almost a year ago at the beginning of the 2016 election process. Hillary Clinton, Donald J. Trump and Bernie Sanders, three very different personalities, campaigned for the presidency with conflicting views. The results of the election were months away, but all polls favored Clinton. However, Election Night brought the stunning news of Trump’s victory.

Two months later, the results are difficult to comprehend and the implications for the art community are unknown. Artists have expressed dread of unfettered right-wing censorship.

“Artists have an unexpected way of contributing to the conversation through their unique visual interpretations,” Peggy Zask said. “They bring a sensitivity and perspective to the issues through emotional expression, abstraction, visualization and parody.”

Known for their large group shows, the Zask’s bring together artists working in various mediums for this exhibit. The title of the show refers to letters each artist wrote to the incoming president, which they correlated to their artworks.

“Years ago, during the culture wars of the ‘80s and ‘90s, the National Endowment for the Arts drastically cut funding,” wrote artist Mary Milelzcik in her letter. “On the night of the 2016 election, I got the sinking feeling that life just got so much worse.”

Her powerful piece to be featured was created in response to the 1990 battle, spurned on by a conservative Congress and Sen. Jesse Helms. The battle with regard to funding traveled all the way to the Supreme Court. Milelzcik photographed an American flag with the stars tumbling off the fabric. In front of the flag, a small dark-skinned child covers her face in sorrow.

The topics in the exhibit cover subjects such as climate change, income equality, gun control and money in politics. All subjects passionately debated on the campaign trail by Clinton and Sanders, while Trump mostly focused on building a wall and fear mongering. With the Republican takeover of the White House, both houses of Congress, and possibly the Supreme Court, censorship and freedom of expression are now added into the equation of the exhibitio

Artists, who are accustomed to living outside the usual margins of society, are often wary of another attack on creative freedom. The initial reaction was a numbing shock, but in the weeks since the election many have begun to mobilize.

For artist John Dingler, politics infuse much of his work. “I take life seriously” he declares in his artist statement.

Dingler’s work often combines photos, video, drawings and news headlines. He is regarded as a revolutionary thinker; he blends fantasy with photographic reality to achieve an engaging synthesis. His colorful works have been exhibited across the United States and Europe.

His letter and his art  address whistleblowers such as Chelsea Manning, the U.S. Army soldier who was convicted by a court-martial in July 2013 of violating the Espionage Act. Manning disclosed to WikiLeaks nearly three-quarters of a million classified and unclassified, yet sensitive, military and diplomatic documents.

Dingler’s contribution to the show depicts John Kiriakou, a former CIA agent sentenced to almost two years in prison for providing ABC News with the name of a Pentagon torturer. He was sentenced under the Espionage Act. He was the first U.S. government official to confirm, in December 2007, that waterboarding was used to interrogate Al Qaeda prisoners. Dingler believes that providing information to a news organization should be covered in the U.S. Constitution under the First Amendment. Today Kiriakou is an associate fellow at the Institute for Policy Studies. He also is a blogger for The Huffington Post.

As originally conceived, the exhibition was not meant to address a particular candidate, but rather issues that concerned the general population. After Nov. 8, the submission date was extended to provide additional artists with an opportunity to participate in the show. The letters were to be delivered to the newly-elected president, regardless of who it would be.

“I had a pretty good show ready for exhibition, but we decided to extend the submission date by two weeks when the results came in,” Peggy Zask said. “We received 60 percent of the artworks in those two weeks. The context of the show has changed to multi-levels of meaning now. We have artists coming from all over California and out of state for this exhibit. The sense is that this is an important issue.”

In the letters they received, some of the artists did not want their names used because they are afraid of retribution.

One artist who chose to sign his name “Los Angeles” wrote a letter to the next president about anti-Muslim rhetoric.

“How sad the circumstances that have precipitated the writing of this letter,” Los Angeles wrote. “I am going to remind you of a word you seem to have omitted from your political vocabulary: tolerance. At the end of the day, our country’s cultural legacy will be judged on the quality of its mercy, tolerance and established safe haven for the pursuit of individual freedom and religious beliefs.”

The artist’s composition is created, somewhat ironically, with an oil and tar patina on aluminum. In his piece, he shows a im woman with her eyes blocked out by a black censorship strip — as in a crime photo. The work reflects a metaphor for the criminalization of Islam, the Muslim religion.

Dear President shows in conjunction with another exhibition, Faces. Curator Karrie Ross asked artists to create one-half of a face, either right or left, that will be paired with a face from another artist. The concept is to express your emotional, physical or mental response to this highly charged election.

Artist and curator Ben Zask created an assemblage with found objects from his studio. The frame of an oval mirror was divided in half, while Zask brings in various materials to represent facial features. The work, finished with a tiny pearl teardrop falling from the eye, is a tender reflection of the despondency many feel as we peer into an uncertain future.

We Are Here, Here We Are