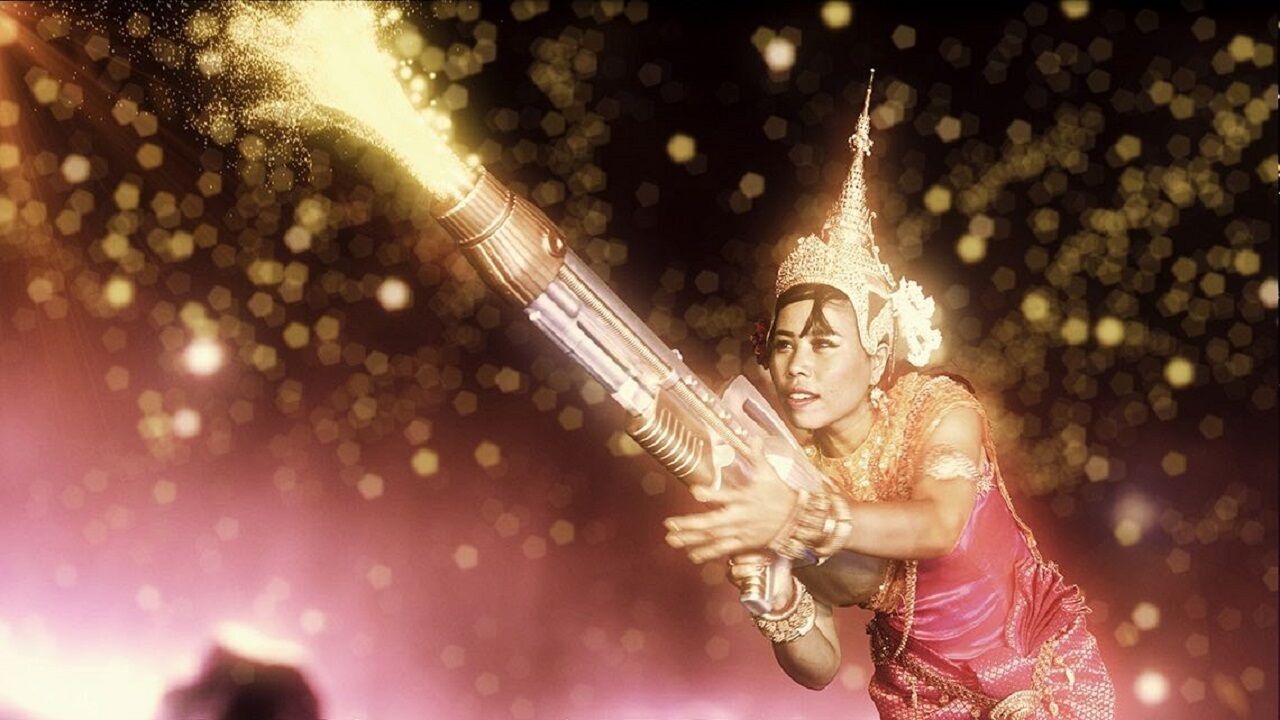 ‘You Can’t Kill the Song’
By Michelle Siebert, Editorial Intern

The Cambodian Space Project: Not Easy Rock ‘n’ Roll is a love story that shines a light upon modern Cambodia, decades after a genocide that killed about 2 million people.

The documentary, produced by Marc Eberle and Richard Kuipers,  is playing at the Art Theatre in Long Beach as part of this year’s Cambodia Town Film Festival. Long Beach reportedly has the largest population of Cambodians outside of Southeast Asia. The film tells the story of Australian musician Julien Pouslon and Srey Thy, who he meets at a Phnom Penh karaoke bar.

In 2009, Pouslon and Thy created the a psychedelic rock ’n’ roll band, Cambodian Space Project, which covers songs from the 1960s and 70s — Cambodia’s golden era — prior to the Khmer Rouge regime led by Pol Pot between 1975 and 1979.

During the Khmer Rouge era, people were forced to work in the fields, and families died from execution, disease, exhaustion and starvation. Pol Pot and the Cambodian Communist Party was bent on changing Cambodia into an agrarian utopia, a classless society where people work in fields and depend on farming for the country’s only income. Khmer Rouge wrecked culture, education and arts, tortured and killed intellectuals, educated middle-classes, artists, and religious and ethnic groups.

“[The audience will] learn of the cultural genocide and horrors inflicted upon humanity during the Khmer Rouge era but also discover the excitement of Cambodian rock ‘n’ roll and come skipping out of the cinema with this incredible music in their ears and a powerful message: you can kill the singer but you can’t kill the song!” said Julien Poulson, , co-founder of The Cambodian Space Project.

Rock ‘n’ roll and movies were prospering in the 1960s until the Khmer Rouge murdered nine out of 10 artists and one third of the population.

“I’ve never had a music teacher,” said Thy, who also writes songs, in the documentary. “Each song comes from my heart. I learned all the old songs from my mother and I loved the old films made by King Sihanouk.”

The story also delves into Thy’s rough past. Thy had to work as a prostitute and housemaid to help support her family. Her grandmother, grandfather, uncles and aunts members were killed during the Khmer Rouge.

“Srey’s father was forced to become a solider during Pol Pot,” said Thy’s aunt, whose name was not directly mentioned in the documentary. “They threw him into Prey Sar prison and tortured him until he blacked out several times a day. When he came back he looked so pale and broken.”

Other films focus on Cambodian activism.
Last of the Elephant Men, for example, brings attention to the Bunong indigenous people who try to save elephants, which help them survive.

I am Chut Wutty is about how Cambodian community activists wrestle with protecting their forest home. Chut Wutty, their leader, fights illegal logging. He was stopped and shot dead at an illegal military-controlled area in the Cardamom Mountains.

The Cambodian Space Project: Not Easy Rock ‘n’ Roll plays at 6 p.m. Sept. 3 in Khmer with English subtitles. Tickets are available at ctff2016.whindo.com.