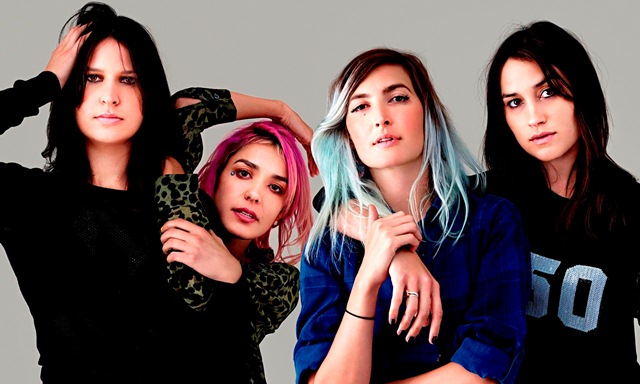 Music Tastes Good is a music and foodie festival custom-made for its three-day stay in Long Beach–so carefully curated that promoters say it will actually taste and sound like the diversity for which the city is known, and thereby make Long Beach a destination for live music.

“We know what we want and we think we can get it done,” said Joshua Fischel, a local musician and promoter who conceived Music Tastes Good. He proceeded to form a team that has partnered with public radio powerhouse KCRW-FM  to present more than 50 musical acts from Sept. 23 to 25. “We’re trying to represent every Long Beach community from Cambodian to Latino to African American to LGBTQ. That’s what Long Beach looks like and that’s what our fest looks like. We knew we had the people to make that happen. Long Beach gets passed over a lot, because of LA and Orange County, of course, but it’s a viable market for live music.”

Fischel and his assistant, Meagan Blome, sat down with me to talk about the vision for Music Tastes Good. They’ve been working on the festival for a while — Fischel since December 2014 and Blome since February 2015. They’re still wrapping up details with city officials and departments, but sound optimistic that everything is coming together.

“It’s just time,” Fischel said, “because downtown is improving so much; the whole city is improving. We’ve got this great city council, and an amazing mayor; it’s just time for something like this.”

Fischel said it used to be difficult to do events like this. He moved to Long Beach 20 years ago, on what happens to fall on the same weekend the MTG fest occurs. But to make a living as a musician, he had to tour outside of Long Beach and travel the world.

“No musician can make a living in just one town but we can at least give our musicians more of an opportunity,” Fischel said.

Fischel said that part of the musical concept in curating this festival, is to say “Here’s Long Beach,” “We’re trying to represent every Long Beach community, from Cambodian to Latino to African American to LGBTQ,” said Fischel. “That’s what Long Beach looks like and that’s what our fest looks like.”

Blome said that the diversity in the lineup was definitely intentional.

“We wanted that melting pot. In festival culture, you’re seeing a lot of these niche fests that cater to a specific demographic. We knew that that wouldn’t make sense for Long Beach. It’s really about community and about Long Beach.

“To give you an example how much we’ve planned all this — with much respect to all the music fests out there—but a lot of fests are notorious for not having a lot of women artists,” Fischel said. “Especially headliners, it’s usually something like 10 percent. About 40 percent of our bands have at least a woman in it. In no way did we say, ‘We’re going to book this band because there’s a woman or because there’s a minority or a gay man,’ but we we’re very conscious of it.”

With everything from rock to punk to jazz and hip hop in the lineup, Music Tastes Good may well be a music fest vanguard.

M.P. Was the consciousness of the event also about showcasing a diversity of genres?

J.F. The diversity of genres on the MTG lineup reflect the taste of our team. Everyone has been able to put a real stamp on it. We wanted everything to be amazing and entertaining and draw, of course. But when we announced it we had this ‘oh shit’ factor. When you look at the lineup, it’s like, really? Oh shit, De La Soul and Warpaint and Christian Scott and Living Color.

M.P. How did food idea get involved and what was the criteria for your food vendors?

J.F. My three passions are music, food and film. I hope to bring film on board at some point but it might be too ambitious for us this year.

I grew up with a mom who was a chef and a cook and a teacher. Our whole family cooks, it’s what binds us together … Long Beach’s food culture is growing and we wanted to help showcase that…

We’ve arranged a unique food experience for each day of the festival, starting with a barbecue and craft beer setup on Friday evening. We’re talking with a company from Texas that has multiple concept restaurants and we thought it would be really cool for them to them showcase each of their concepts on Friday, Saturday and Sunday.

Saturday there will be a pop-up food court with eight to 10 local restaurants, plus other vendors spread around, all local. For our VIP component, we have a farm-to-table dinner. We have six chefs from outside of Long Beach and we’re partnering them with six chefs in Long Beach. There will be six different stations and they will source the food from Long Beach farms. Then on Sunday we’ll have a Bloody Mary brunch.

“A lot of festivals are bringing food on board. We wanted to separate ourselves and do something a little different. The whole idea is the way you grow a community is not just within the community, it’s bringing other people in to see what you’re doing.”

A Virtual World of Events