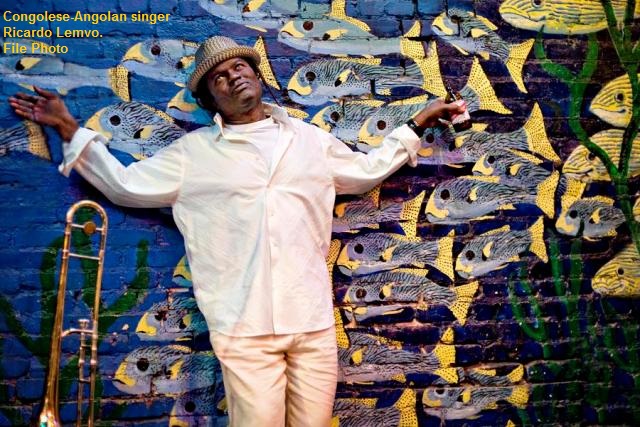 Most Latin and Afro-Cuban beats are based around the clave, which means “key” in Spanish. The clave is the key to Latin music and Africa holds that key.

Producer, music director and multi-instrumentalist Dexter Story, along with disc jockeys, Sonny Abegaze and Rani de Leon of Radio Afrique, present the show Soy Africano (I Am African), June 18, at the Grand Performances in Los Angeles. The concert will explore the musical diasporic connections between east and west that have never before been highlighted by way of the clave.

Soy Africano will present West African trademark sounds of lilting guitars and joyful rhythms, blended with well-known Latin sounds as they cover the widespread influence of Latin music in West Africa. Most of the music will be from West African countries. There will be about 15 musicians and vocalists. Like many of Story’s Grand Performance shows, visual elements will be incorporated.

Most of the vocalists don’t speak Spanish, Abegaze said, but they attempted to pronounce it the best they could or sing it in their own dialect and sometimes mixed it up. There is an element of making the music interpretive.

Similarly, Radio Afrique will bring what they call, “an LA filter” to the music, a spirit of creatively adapting it to make it relevant to Los Angeles in this day and time.

“We really tried to pull together an eclectic, dynamic group of musicians who embody the spirit of Soy Africano, and those connections that exist between our peoples in an attempt to celebrate those similarities that don’t get acknowledged,” Abegaze said.

To the Radio Afrique DJs this seems like the next bounce back from the time when clave based music came back to Africa. An interesting epiphany may happen when we start to accept how much the Latin influences were embraced and reinterpreted. They influenced Africa.

Clave-based music including New York Salsa, led to thriving “Latin Afro” scenes in Senegal, Benin, Guinea and the Congo. This exciting sound had no specific name but it was a phenomenon with musicians in West Africa in the 1960s and 70s. Many of them even changed their names to reflect a more Latin feel and changed the scope of their entire music career trajectories to take on this new Latin vibe.

Something interesting about the history of African music has gotten lost, they explained. It’s been highlighted through various compilations. Music collectors and historians are aware of it but these musicians and sounds do not get singled out. That is why it’s important to put this music out there on a larger scale.

“We’ve learned a lot of this music through obscure compilations and it’s come to us through these niche ways, but it hasn’t been presented on a larger scale,” de Leon said.

“Part of the concept is not just the one way influence from the Caribbean to Africa,” de Leon said. “We wanted to highlight that boomerang. This is West African traditions and ancestry to Cuban music returning home. It’s not just a one way trip, it’s a round trip and a one way back to LA. Now we’re going to reinterpret over here.”

Story and Radio Afrique came together through a project with the Los Angeles-based Ethiopian jazz band, Ethio-Cali, of which Story is a member of. Their relationship developed around different show concepts. Abegaze and de Leon noted that Story is equally like them, another person who is all about researching, new knowledge, making connections and drawing parallels when it comes to music.

“One day we had been learning about the music and there were certain songs Rani and I play with Radio Afrique,” Abegaze said. “Highlighting that history and finding a venue and personnel, those seeds for the Soy Africano show were planted a year-and-a-half earlier. It came together through Dexter’s long relationship with Grand Performances and producing shows for them. He presented it to them and it happened from there.”

Radio Afrique’s first event was a DJ night they started at Hyperion Tavern in March 2014. It was a way to celebrate and highlight the diversity of music from Africa specifically, which came from the love both DJ’s have for African music. After about a year they expanded, organizing and hosting film screenings from various African filmmakers and have done live performances. It has evolved but always kept the main focus of highlighting the music and culture from Africa.

Abegaze’s parents are Ethiopian and he was exposed to that region of music while growing up. Then, as a junior in college, he lived in Ghana and became immersed in the music there, where he had his own radio show.

“It was a pretty formative time,” Abegaze said. “Before that, I was playing electronica house music that referenced Fela (Kuti) and African funk, but recently I’ve gotten back to the roots and folkloric music. It’s an expression of the type of music I’m into.

De Leon grew up on music and attended University of California Berkeley as a music major.

“My journey with music has always been led by finding connections between music, culture and spirituality,” de Leon said. “Going through and moving beyond American music like jazz, soul and hip-hop and trying to move around the world, I went to Brazil, Cuba and the next location for me was Africa, in terms of drawing certain connections I was looking for. All the genres that I’ve played from stem from that area. It’s one of the main roots of all the styles I play.

“When we had our DJ nights at Radio Afrique with Latin-influenced music from Africa … because we live in LA it was easy for the audience to tune into that sound. It wasn’t what you would expect from African music with more of an Afro-beat feel. This music definitely came off as Latin style and, for many people in LA, it was easy for them to dance to. Seeing the potential behind this sound in LA, it was a subconscious thing that we were probably observing over the course of our DJ nights and it made sense to highlight this genre.”

“Because the original tunes are from Cuba, that hooks them in,” Abegaze said. “But there’s another part that people have never heard and it’s a catalyst for people to open up and have a conversation around how that music has been transformed by going through those passages.”

They feel like this show is part of a larger narrative of a spirit.  The music is travelling and being reinterpreted. Story has been transcribing and arranging music in a language that he does not speak. He’s doing his best to write the words out phonetically and that’s what he’s passing along to the musicians and the vocalists. He’s researching the lyrics to understand them and reaching out to musicians from those countries to translate lyrics and get references to what the songs relate to.

“That is in the tradition of where this Cuban music came from, where even the African musicians don’t understand Spanish but are singing it the best they can with all the feeling they can,” de Leon said. “Hopefully this show is one of many things that attempts to highlight this history…. This isn’t just one genre that hasn’t been highlighted. There are many out there equally worthy of investigating. It inspires all of us to continue to research and dig and find those stories that highlight a different narrative that isn’t necessarily always acknowledged. It makes us look at ourselves and each other differently. In the best case scenario that is what this show is part of.