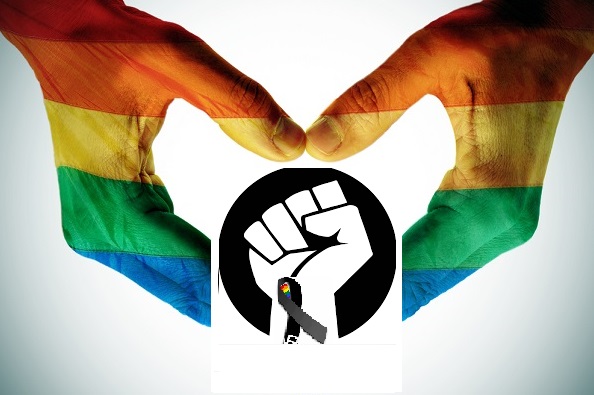 On June 12, I woke up to terrible news. Twenty people killed in the early-morning hours by a lone gunman in Orlando, Fla. The incident took place at gay club on Latino night, during a month of celebration for the gay, lesbian, bisexual and transgender community.

My first instinct was denial. I did not want to read further. I went to get my morning coffee and headed to the gym. As I drove back I found out that the number of deaths were at least 50 with an additional 53 injured. With sadness, I fought the tears fighting to burst.

But that sadness soon turned into anger, as diffused information included details about the shooter’s homophobia and soundbites of police officials quoted them saying the incident was under “investigation.” They could not call it a hate crime, an act of terrorism or even an act of violence at the time. Reporters were also careful to not call the incident anything other than what officials told them.

I became a journalist to add my grain of salt onto the world through information and for the betterment of humanity. And, while I don’t consider my work anything close to the work of well-known and prestigious investigative journalist. I sincerely believe my work makes a difference, however small. If you knew me, you’d know that I have the upmost respect for my career and that I avoid conflicts of interests and ethical missteps.

And, while I admire newsrooms who maintain themselves at a distance, I often wonder what makes political endorsement acceptable, but support through truth and information unethical.

I applaud National Lesbian and Gay Journalist Association’s mission to help ensure fair and accurate coverage. The organization has stated that it is not an advocacy group. It wants to help journalists with questions about how to cover the LGBT community, and it has provided some tips as to how to do so at http://tinyurl.com/NLGJA-OpenLetter-Orlando. Here are a few tips, as well as some information from NLGJA’s stylebook on how to handle terminology while covering this story. There’s even more on our website, NLGJA.org.

To assist journalists, NLGJA offers a stylebook on common word choice and tipsheets on issues that affect our communities. You can find both at nlgja.org/resources. NLGJA also has professional development available through its Newsroom Outreach Program. The project was designed to help newsrooms better understand the complexities of covering our diverse communities, while remaining unbiased. Please feel free to contact us if we can be of assistance. The organization has members in local, national and international newsrooms who are experienced covering these issues.

However, it’s not enough. I have decided to take a stand today and call for action, not silence. I am sincerely offering condolences to the survivors of the deceased. I am asking that as a community of not just LGBT people, or journalists, but as humans, we open our hearts, and if possible, our pockets, to the injured and the family of the deceased. I am calling for unity. I am advocating for visibility and strength. I am calling all of us to fight xenophobia. We must not allow this horrible incident to drive a wedge within our communities.

I wear many labels some by choice and some by birth, but as a human being I must act according to my conscience. I have a position and an opinion about many things, including gun control, religion and culture. And, while I still honor my job as a journalist by working hard to not allow those opinions to influence my reporting, I believe that as a Latino, and as member of LGBT community and humanity, I have the responsibility to acknowledge this act of horror as a devastating tragedy, condemn the actions of people who fuel hate in our communities, offer my condolences and offer any help I am able to provide, including simple information about how to help. It is the least I can do.

Visit Equality Florida’s Go Fund Me page and give.