CASA: Someone to Call ‘Home’ 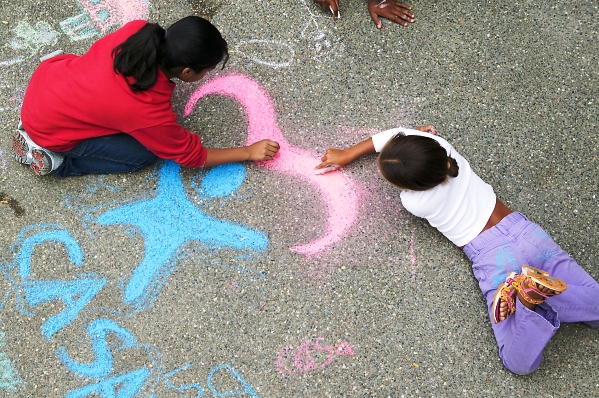 Lisa Slayton had a rough start at life.

Her mother was paranoid-schizophrenic and was unable to take care of her. The identity of her biological father and his whereabouts is unknown. Her maternal grandmother took care of her, but when Slayton was 10, her grandmother died.

In total, Slayton has lived in eight foster homes and about five group homes. She said some of her experiences were positive, but others were not.

“Some foster homes…take you in as their own, but some…have kids and you can feel the difference,” Slayton said. “And, in group homes, some of the staff they come in just because it’s their job. They really don’t care about the situations of the kids in the system. It’s like a paycheck to them.”

She was alone. Ironically, that is, until she became a ward of the court at the age of 14. That’s when she met Sam Herod.

Someone to Call “CASA”

“When I first met him, he came on very strong,” Slayton remembers. “I was blowing him away. I didn’t want him around. My grandma had just passed. I didn’t want to be around nobody. I was like, ‘Why is this person coming into my life? Why is he so interested and wants to know so much about me?’ But he kept dropping off clothes and food. Until one day, I finally opened up.”

Herod is part of a Court Appointed Special Advocate program, also known as a CASA. The primary source of National CASA Association’s funding is a community funded organization. Operating funds come from donations and grants from private and government organizations.

Judges appoint difficult cases to CASA volunteers so they can advocate for abused and neglected children to make sure they don’t get lost in the system or languish in inappropriate group or foster homes.

“It’s kind of like they’re a godfather or a godmother,” said Dilys Garcia, the executive director of CASA Los Angeles. “They’re acting like a surrogate parent in some matters that normally a parent would take care of.”

“My first job is making sure they get everything that’s coming to them through the court system,” said Herod, 60, who has a 41-year-old son, a 35-year-old daughter and a 20-year-old granddaughter of his own. “My second job is to form a relationship where they can trust me, and sometimes, that trust takes me down that road where they look at me as the father they never had.”

Long Beach resident Maureen Wharton, another CASA volunteer, agrees. She’s been a volunteer for about 10 years. Wharton describes her work as an investigation in which the volunteer tries to learn as much as possible about the child and the people who surround that child.

Wharton has handled some of the toughest cases, including the case of 14-year-old child who ended up being trafficked for four months after she ran away from her foster home. She was able to get mental health help and an attorney. She also got her enrolled in a residential treatment school paid for by the Long Beach Unified School District.

“It’s been a very complicated, long case,” Wharton said. “If I wasn’t on the case — I’m not giving myself kudos; I was an extra person on the case — she might not have ever gone to a residential school or succeeded to go to high school and get her diploma.”

Volunteers stay with each case until it is closed and the child is placed in a safe,  permanent home.

“It’s kind of a big responsibility for a volunteer, but it’s such a rewarding thing,” Wharton said.

Herod is a retired audio visual specialist from Los Angeles. He started volunteering with CASA in 2000. Growing up around several foster children in his neighborhood during the 60s inspired him to become a volunteer. It’s also why he had the patience to keep coming back to Slayton.

“Lisa was a very special case,” Herod said. “She had a lot of letdowns from providers that promised her a lot of stuff and didn’t come through…. I love this population of kids because they’re so resilient… They have their faults, like most kids. But when they get knocked down they get up really quick.”

If you are wondering what the difference between a CASA volunteer and social worker, Slayton makes it simple.

“The CASA is only really for you,” she said. “It’s somebody you know you can just call and will always answer…. CASAs can have two to three mentees at a time. They can really focus and really get to know you.”

Social workers often have big caseloads. While they do check on children in their caseloads, they often are unable to provide the emotional support that a CASA volunteer provides.

“The system is very overburdened,” Garcia said. “Social workers and attorneys have very high caseloads, as do judges….[CASA volunteers] work with the social worker and the attorney and the judge… They’re part of that group, but they become an extra head, an extra heart, an extra set of eyes and ears.”

“[Sam] is the only person who has been consistent in my life since I was 14,” Slayton said. “I’m now 20 and he’s still there for me. He always wants the best for me.”

Today, Slayton is working to get herself and her 3-month old son into transitional housing. Her case will be closed when she turns 21, but she plans to continue school, where she is studying child family education. Her goal is to own a daycare for infants or perhaps study to become a child therapist.

She said Herod will forever be part of her life.

“I really didn’t have a family,” she said. “I don’t know if I have any relatives. If Sam never came… I don’t know who would be in my life or where I would be.”

Garcia said Long Beach has a great need for CASAs, considering the number of foster youth in the community.

“There are only six CASA volunteers in Long Beach… In the Long Beach Unified School District alone there are 840 foster youth,” Garcia said. “That’s a drop in the bucket compared to the 30,000 foster children in all of Los Angeles County, of which our volunteers also help as many as possible.”

Slayton hopes her story will inspire others to volunteer.

“There are a lot of us… who really don’t have anybody to talk to or depend on,” Slayton said. “If people volunteer and want to open up and come work with us, come hear our story and hear us out. We may change your life and you can change our life. You can… be that one person. Sam changed my life.”