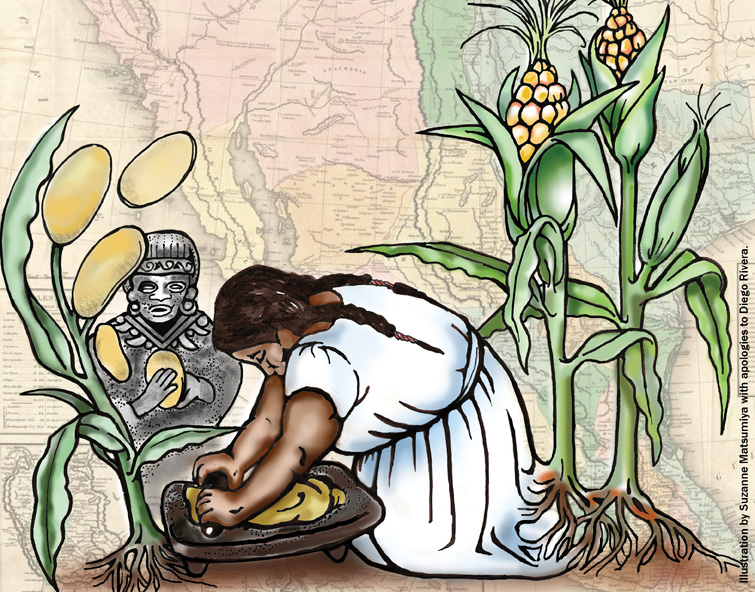 How Mexican Cuisine Conquered the USA

Ask an Angelino, Latino or not, about their favorite taco truck or tamale guy and they will give you an answer.

Just looking at my pantry, I am able to identify at least three different food items connected to Mexican cuisine. And, when I type “Mexican restaurants” into Google Maps for any Los Angeles zip code more than 20 restaurants pop up.

This complete assimilation of Mexican cuisine into the American culinary palate is what’s been on my mind as we close in on Cinco de Mayo weekend — the non-Mexican holiday that only Americans seem to celebrate.

I called OC Weekly editor and ¡Ask a Mexican! columnist, Gustavo Arellano, to make sense of it all. Especially considering that he wrote the book on the subject: Taco USA: How Mexican Food Conquered America.

“All Americans love Mexican food,” Arellano said. “All of them. Mexican food is so inculcated into our diet that you can hate a Mexican but still eat at a taqueria.”

Living in a giant media market, with the diversity of Los Angeles, it feels as if we are at the center of world.

Arellano called Los Angeles a crossroads of the world, before explaining how he once made a list of the 10 most important cities in the history of Mexican food in the United States. San Antonio was No. 1 because of the many innovations made there. Los Angeles came in second.

“But in the last 30 years, Los Angeles just whipped the ass of San Antonio,” Arellano said. “Not only do you have more media attention here, because it’s bigger city, but you have more immigrants coming to Los Angeles. And, those immigrants start getting copied by other folks, Korean BBQ tacos by Roy Choi of Kogi, Oaxacan food and Mexicali has gotten really big … They first get popular in Los Angeles and get a lot of attention so things start to get spread around.”

The most well-known example is Juanita Foods of Wilmington, the local Latino food producer. It was founded by George De La Torre Sr. and his nephew, Albert Guerrero, in 1946—first as a fish canning business, then into menudo canning factory. Juanita Foods’ product lines have grown significantly. The company was also mentioned in Arellano’s book.

“Juanita Mexican Foods first made their case with menudo,” Arellano explained. “But you can only sell so much menudo, you want to branch out and diversify into other food stuff.”

Mexican food has also become a part of American comfort food as companies like Maywood-based Tapatio hot sauce, which struck a partnership with FritoLay to make Tapatio flavored Fritos and Tapatio flavored Doritos.

“To me that’s not just capitalism. Capitalism meaning you try to make more money for your business,” Arellano explained. “It’s about knowing that you have a populace that is open to other foods than what they have been buying from you for so long.

Arellano quoted Chicano scholar Americo Paredes to define Mexican cuisine and culture as it travels far from its geographic and temporal origins:

“The influence of Mexico doesn’t cease at the Rio Grande. Wherever there is something even minutely Mexican, whether it’s people, food, language, or rituals even centuries removed from the original mestizo source, it remains Mexican.”

I was reminded that even as newer immigrants bring their customs and foods, and become a part of the patchwork quilt of the United States, we still remain American.