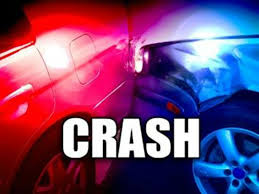 LONG BEACH — Three vehicles collided because driver was moving against traffic, at about 7 a.m. Aug. 1, eastbound on the Gerald Desmond Bridge.

Earlier that the morning, officers observed a vehicle driving erratically and crashing through barricades in the area of Special Olympic events. Officers attempted to follow the vehicle through the downtown Long Beach Bicycle Path after it struck numerous objects, but lost sight of the vehicle.

Witnesses directed officers toward the Gerald Desmond Bridge regarding a multi-vehicle traffic collision. Upon arrival, officers found two vehicles on fire and immediately attempted to rescue the drivers. Despite life-saving efforts by several officers, one driver succumbed to his injuries and was determined dead at the scene. An officer sustained minor injuries to his arm during his attempt to pull the driver. The officer was transported to a local hospital where he was treated and released.

At the crest point of the Gerald Desmond Bridge, the Mercedes, still traveling westbound against eastbound traffic, collided with a 2014 Ford Fusion, driven by a 21-year-old resident of San Pedro, and a 2010 Nissan Pickup Truck. Both the Ford and Nissan vehicles were traveling eastbound in the eastbound lanes of the Gerald Desmond Bridge. The resulting collision caused the Mercedes Benz and the Nissan truck to catch fire. The Mercedes appears to be the same vehicle that was seen driving erratically and through barricades earlier.

The deceased male driver of the 2010 Nissan truck is not being identified at this time. The Los Angeles County Coroner will make positive identification and notify next of kin.

It is unknown, at this time, if alcohol and/or drugs were a factor in the collision.

Anyone with information regarding this incident is asked to call (562) 570-7355 or visit www.LACrimeStoppers.org.

Arrest Made in Connection with June Murder

The murder happened about 8:45 a.m. near the 800 block of Cedar Avenue in Long Beach. Long Beach Police Department officers responded to the call regarding shooting. The shooting resulted in the death of 37-year-old Douglas Wilson of Long Beach.

At about 5:50 p.m. Aug. 1, officers initiated an investigation involving a vehicle in the 1300 block of Ohio Avenue. A passenger, who officers recognized as a subject wanted in connection with the June homicide, fled from the vehicle. Officers established a containment perimeter to find the subject with the assistance of air support and K9 services. Around 8:15 p.m., Cruz was taken into custody.

On Aug. 3, Cruz appeared in Long Beach Superior Court; however, his arraignment in connection with the murder of Douglas Wilson was postponed until August 18, 2015. He is being held in Los Angeles County Jail on $2 million bail.
The investigation remains ongoing. Anyone with information regarding the murder is urged to call (562) 570-7244 or visit www.LACrimeStoppers.org.

Woman Who Has Fed Homeless for 12 Years is Honored

District 6 Councilman Dee Andrews will honor Alice Robinson and friends for their service of feeding the hungry at the 12th anniversary of the Feeding in the Park, at 12 p.m. Aug. 5, 2015, at Martin Luther King, Jr. Park in Long Beach.

Friends of Alice Robinson is celebrating another anniversary for the Feeding in the Park program. For the past 12 years, Robinson has prepared and served more than 11,000 hot, home-cooked, full course meals to eager smiling faces at the park. Out of her own senior income and generous donors, she and her friends have prepared the meals on a monthly basis.

Robinson is 77 years old and has been married to her husband, Bennie, for 56 years. She is originally from Tuscaloosa, Ala. However, she has lived in the 6th District of Long Beach since 1957.  Since her retirement in 1998 from Mary Kay Contributions, she started volunteering her time to improve the Long Beach Community. Robinson has two daughters, Rosie Cade and Vanessa Conner, who volunteer to help their mother feed the hungry as well.

The “Friends” includes a number of retired seniors and community volunteers that assist Robinson in serving the hot meals each month. The number one request for food is spaghetti. They also serve meatloaf, beef stew, and corn. Menus have included such things as fried chicken, bar-b-cued chicken, ribs, corn bread, sausage, beans, rice, greens, salads, cakes, biscuits and gravy.

For those in need of a hot meal, Friends of Alice Robinson serves a free meal every first Wednesday of the month at Martin Luther King, Jr. Park.
Details: (562) 570-6816