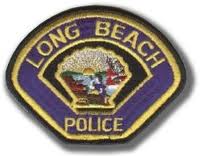 Yet if we reflect on the words of now-former LBPD Chief (and new L.A. County Sheriff) Jim McDonnell, we find that is, to some extent, exactly what he did.

Give McDonnell this much credit: he never hid his disdain for medical-marijuana dispensaries. He didn’t want them in his town, and, despite being charged to protect and serve a citizenry that favors the legalization of even recreational marijuana use, in February 2012 he effectively inveighed the city council to repeal the medpot ordinance it had voted into place not two years earlier.

McDonnell didn’t do it alone. He had a strong ally in now-former Long Beach City Attorney Robert Shannon. Coupled with what now-former Councilmember James Johnson later characterized as Shannon’s “bad legal advice” on the topic, every time it came up for debate McDonnell pulled no punches to compel the council to change course, including on at least one occasion apparently misrepresenting to the council the federal government’s position on asset forfeiture during the six-month period when 18 dispensaries enjoyed temporary exemptions from the ban.

But perhaps McDonnell’s most dubious action vis-à-vis marijuana was to divert resources away from fighting violent crime to carry on his crusade.

This leadership choice was put front and center near the end of McDonnell’s tenure, as the city council leaned in the direction of honoring the will of their constituency by taking steps to once again allow dispensaries within Long Beach. It was during these discussions that McDonnell brushed off an oldie but a goodie: were medpot dispensaries to come (back) to town, the LBPD would be forced to divert resources away from combating real crime, including violence.

“We have been asked to devote more resources in the gang detail and the enforcement of realignment, prohibited possessors, property crime, and human trafficking,” McDonnell told the council in December 2013. “Opening the door to marijuana dispensaries will severely limit our ability to respond to these and other items requested by the Council.”

On July 17, with the ordinance-in-progress having moved to the Planning Commission, McDonnell repeated his oft-repeated assertion: “the medical marijuana arena will negatively impact our ability to be able to address these [i.e., “human trafficking, prohibited possessors of guns, gang crime and violent crime”] and other issues.”

What it seems no-one ever asked McDonnell directly is: Why would you divert resources away from combating (e.g.) violent crime to combat marijuana “crime”?

Allocation of City resources, including police resources, is a zero-sum game. Any piece of the pie eaten up in one place is a piece of the pie that can’t be consumed elsewhere. So of course McDonnell was right in saying that were he to use X% of his resources on marijuana, that would be X% that couldn’t be used on, say, murder.

I have no idea what percentage of police resources McDonnell deployed for marijuana enforcement actions—according to the LBPD, no public records exist on the topic—but if we take McDonnell at his word, it was enough to “severely limit” the LBPD’s ability to combat gang crime, human trafficking, and the like.

Not all police serve the populace this way. In the nearby cities of West Hollywood, Santa Barbara, Oakland, and San Francisco—along with more distant cities such as Hailey, ID; Fayetteville, AR; and Kalamazoo, MI—the police departments have official policies of regarding marijuana “crimes” as law enforcement’s lowest priority.

But not Long Beach. And the tone McDonnell set for dealing with dispensaries trickled down to his officers, who regularly employed what one judge called “strong-arm tactics.” Stories of police aggression toward collective members were rampant, alleged evidence of which may have been obscured by a common LBPD practice during such operations: the destruction of surveillance cameras and the seizing of DVRs.

We know for certain that such aggression took place because some video surfaced despite the LBPD’s best efforts to conceal it. One such occurrence took place in June 2012, when police raided the THC Downtown Collective. Video clearly shows officers seeking out and then destroying surveillance cameras—an act the ACLU views as a violation of the Fifth and Fourteenth Amendments—but not before one officer was caught stepping on the neck of a compliant collective member as he lay facedown on the ground. That bit of police misconduct ultimately cost the City $50,000 in a legal settlement to obviate a judgment against the City that multiple councilmembers noted could have been far more costly.

To the very end, McDonnell continued to expend a percentage of his limited resources on marijuana, shifting his focus to the marijuana delivery services that have flourished as a result of the City’s dispensary ban. Typically these operations have involved the confiscation of cash and product, but because the Compassionate Use Act (the state law allowing for cultivation, possession, and transportation of marijuana by persons with valid doctor’s recommendations and their caregivers) affords delivery drivers—presuming they have enough good sense not to take on such work without having a doctor recommendation and belonging to the collective for which they are delivering—an “affirmative defense” against prosecution, and since sales to qualified patients are not prohibited by state law, the only “crime” committed is a violation of the City’s ban, a misdemeanor that, considering state law, is not an arena where the City Prosecutor’s Office is likely willing to waste its limited resources. (The City Prosecutor’s Office declined to comment for this article.) The result under McDonnell is that the police have contented themselves with harassing delivery services, with little hope of getting convictions.

Nor, of course, of putting a real dent in the distribution of marijuana. Delivery-service operators chalk up the rare bust to the cost of doing business and continue on as before. And because delivery services are by nature less centralized than a brick-and-mortar dispensary, there’s less chance for the City and police to monitor their business practices. That’s not to say there’s an overwhelming need for such monitoring, but if the City of Long Beach would prefer to have its cannabiz monitored as closely as possible, its recent tactics have failed spectacularly.

Last month the reins of power at the Long Beach Police Department were handed over to Richard Luna, former deputy chief and 29-year veteran of the force. Publicly he has had nothing but kind words for his predecessor, presumably because that’s how he really feels and that’s simply what you say in such a situation (unless your boss has been forced out by scandal).

Nonetheless, it is not the case that Luna must continue in every way to lead along McDonnell’s lines. So with the City poised to bring back medical-marijuana dispensaries, we should all—including the city council—urge Chief Luna to change course on Long Beach’s journey into a future where marijuana wouldn’t be weeded out even if voters in 2016 don’t vote to follow in the footsteps of our West Coast statemates and fully legalize it (which we are almost sure to do).

Even if Luna ignores all the moral and ethical reasons why police ought not to bother with marijuana “crimes,” the pragmatic benefit of abandoning McDonnell’s approach is more than enough reason to do so. Police have an incredibly important job to do in society. Let us hope that in Long Beach Chief Luna can be lead them to do it just a bit better.