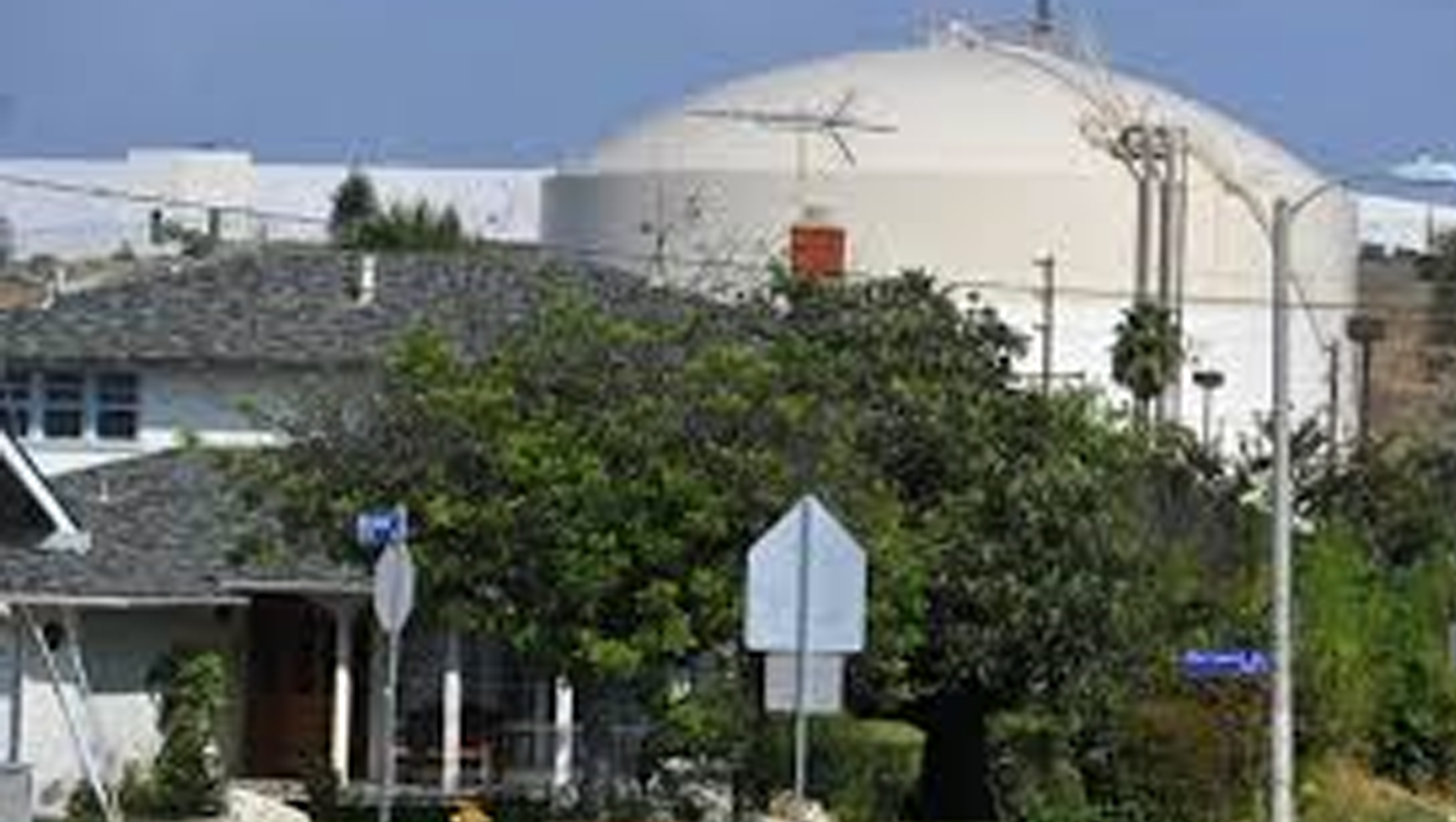 EPA Penalizes Rancho LPG for Safety Hazards
SAN PEDRO — Rancho LPG faces a $260,000 fine for safety violations on their site from the Environmental Protection Agency.
EPA responded to Rep. Janice Hahn’s requests to investigate safety lapses at the Rancho LPB facility.
EPA officials state that Rancho LPG has implemented new measures to ensure the security of the plant.
“Although these families will not be safe until the tanks are moved,” stated Hahn in her press release, “EPA’s actions today minimizes some of the risk for the community.”

Reyes Uranga Runs for Water Replenishing District Seat
LONG BEACH — Former Long Beach City Councilwoman Tonia Reyes Uranga, announced July 24 that she would be running for the Division 3 seat of the Water Replenishment District.
The seat has been left unoccupied since Lillian Kawasaki died in 2013.
Uranga served on the Long Beach City council since 2002. Since her initial election, Uranga has managed the council’s Environmental Committee and represented all the cities in eastern and western Los Angeles County on the South Coast Air Quality Management District. Reyes Uranga also served as a board member of the Coalition for Clean Air.
The election will take place in NovemberJuly Murder Suspect Arrested, Charged

LONG BEACH — Long Beach Police Department officers arrested 21-year-old Jemar Welch, July 27, in the 300 block of Lime Avenue for the murder of Alexander Johnson.
The charges are related to an incident July 18. Johnson was shot on the 2100 block of Earl Avenue in Long Beach. The motive for the shooting is unknown. Detectives believe the crime is gang related.
On July 29, detectives presented the case to the Los Angeles County District Attorney’s Office. Subsequently, murder and weapon charges with a gang enhancement were filed against Welch.
Welch is held at the Los Angeles County Jail on $1 million bail.
Anyone with information regarding this incident is urged to call (562) 570-7244 or visit www.lacrimestoppers.org.

Man Killed in Long Beach
LONG BEACH — A man, who was shot at about 11 p.m. July 25, in the 3200 block of Baltic Avenue, succumbed to his injuries and died July 28 at a local hospital in Long Beach.
Olatag Filemoni, 26, was struck in the torso. Their preliminary investigation indicas that the Filemoni and some friends were sitting in front of a residence when a vehicle drove by and an occupant of the vehicle fired multiple rounds at the group, striking the victim. The vehicle then fled northbound on Baltic Avenue.
It doesn’t appear the victim was affiliated with any gangs and a motive for the shooting is unknown and under investigation. No suspect information is available at this time.
Anyone with information is asked to call (562) 570-7244 or visit www.lacrimestoppers.org.

Officer-Involved Shooting
LONG BEACH — An officer-involved shooting took place July 23, near a business in the 5200 block of Long Beach Boulevard.
The incident started at about 5:50 p.m., when a security guard at the business flagged down Long Beach Police Department officers.
The security guard told officers his weapon was stolen at gunpoint. An officer spotted the suspect on Mountain View, just west of Long Beach Boulevard. The shootings took place as the officer tried to detain the suspect. The suspect was not hit. He immediately placed himself on the ground and surrendered.
The security guard’s gun was recovered at the scene, as well as a second gun that was concealed in the suspect’s rear waistband.
The suspect is a juvenile with prior arrests for violent crime. He was booked for assault with a deadly weapon, robbery and a weapons possession.
Anyone with information regarding this incident is urged to call (562) 570-7244 or visit www.lacrimestoppers.org.

Garcia Makes Budget Recommendations
LONG BEACH — On July 22, Mayor Robert Garcia released his budget recommendations for fiscal year 2015.
His recommendations for reallocations include:
Building Reserves
In addition to the $3.7 million surplus that is proposed to be placed into the deficit reserve fund for CalPERS, he is proposing to place an additional $2 million to help with future pension costs.
A New Economic and Property Development Department
He is proposing creating a new department that will oversee Economic Development in the city. The new department will work with business improvement districts and oversee surplus redevelopment properties.
The Technology and Innovation Department
The newly named department will partner with the city’s schools and Cal State University Long Beach to facilitate innovation across city government. A new community commission on technology will work with the department, the Long Beach City Council and the mayor to bring new ideas and community participation.
Supporting Historic Neighborhoods
As part of this budget he is proposing a new historic preservation planner to facilitate identifying and preserving important historic sites.
Investing in Libraries and the Arts
The budget will increase the funds available for books and other materials by 30 percent. The Arts Council will also receive additional funding to embark on a marketing campaign to create new private public partnerships.
For more information read the full budget message and recommendations here.

East Artcraft Manor Community Meets with City, School Officials
LONG BEACH — East Artcraft Manor Community met for the second time with school officials regarding the ongoing concerns and issues with the school’s staff, some of the school’s parents, up to 17 busses and the traffic and problems caused by all of them for the Stearns Champion Park neighborhood.
Attending the meeting representing Long Beach Unified School District were Board of Education President Diana Craighead, LBUSD Director of Student Coordinated ServicesTiffany Brown and Buffum School Principal Miriam Garcia. Long Beach representatives included Superintendent of the Department of Public Works Environmental Bureau Frank Ramirez Jr., Traffic Engineer Hector Rivas and LBPD Resource Officer Claudia Lopez. The neighborhood is represented by District 4 Councilman Patrick O’Donnell who sent two staffers. Councilwomen Stacy Mungo, who’s District is adjacent to the neighborhood, sent a staffer.
Brown admitted that the district could of communicated several things, better, but added each time that the neighborhood would not necessarily have liked the messages.
Brown’s honeymoon with the audience quickly ended as the solutions to the parking problem from neighbors were presented. With a huge asphalt play area that is no longer in use being suggested as a way of alleviating parking and bus problems. Brown told the crowd that it was not going to happen because of funding.
Brown also struggled with trying to defend LBUSD’s position that 23rd Street was too busy for the 17 busses to unload-forcing them next to neighborhood homes along Burnett, Roycroft and Ximeno streets with neighborhood, parent and staff traffic.
The meeting turned to forcing LBUSD to deal with parking problems by creating a special parking district similar to numerous ones created in District 4’s neighborhoods in Los Altos to deal with CSULB parking impacted issues.
LBPD Resource Officer Claudia Lopez asked the crowd to call the LBPD for parking problems.
Department of Public Works Environmental Bureau Frank Ramirez Jr. listened to the concerns of the neighborhood regarding school parents interfering in various ways to trash pick-up. Ramirez quickly offered several immediate simple no-nonsense solutions he would undertake, including parking enforcement officers- to immediately help the neighborhood as he set a stack of his city business cards on the front table encouraging the neighborhood to contact him personally if his solutions do not help.
At the end of 90 minutes, Brown presented her “take-aways” from the meeting asking for two weeks to work on getting answers:
• Explore the 23rd Street solution to bus traffic
• Issue parking lot gate keys to support staff
• work with the Buffum principal to “lovingly encourage staff” to use the staff lot and not to park on the neighborhood streets
• pursue the special parking district option with the city
• contact school safety operations to patrol the area
• work with Mayor Robert Garcia on improving neighborhood communication including encouraging neighborly behavior from staff and parents
Details: http://longbeach4d.blogspot.com/2014/07/neighborhood-calls-meeting-over-buffum.html 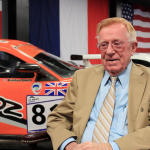 RANCHO PALOS VERDES — Don Panoz, whose business interests range from automotive development and racing to international resorts and pharmaceutical breakthroughs, has been named Grand Marshal of the 2014 Palos Verdes Concours d’Elegance to take place Sept 14, at the Trump National Golf Club in Rancho Palos Verdes.
Panoz builds high-end race and sports cars at his Braselton, Georgia factory and has owned storied race tracks like Sebring, Road Atlanta and Mosport International. His cars won the Indianapolis 500 in 2000, 2003 and 2004, and the 12 Hours of Sebring and the 24 Hours of Le Mans in 2006.
His 2015 Panoz 25th Anniversary Edition Esperante Spyder, an exclusive hand-built model that celebrates the company’s racing heritage as well as Panoz sports cars of the past 25 years, will be displayed at the Concours, whose theme this year is automotive innovation, according to Chairman Peter Kunoth.
The Concours will be preceded by a Road Rallye on Sept. 13, when drivers and passengers can take in the beauty of the Palos Verdes Peninsula while competing for prizes.
The Palos Verdes Concours d’Elegance is a 501(c) (3) charity event with proceeds benefitting Palos Verdes Rotary Foundation charities, including Harbor Area Boys & Girls Clubs, and Palos Verdes Art Center’s educational and community outreach programs, including art experiences for differently-abled youth and adults in Los Angeles County.

House Passes Amendment to Expose Risky Student Loans
WASHINGTON, D.C. — On July 24, the U.S. House of Representatives passed Rep. Janice Hahn’s amendment to House Resolution 4984, “The Empowering Students Through Enhanced Financial Counseling Act,” 405-11, with 16 members of Congress not voting.
The amendment will provide students with accurate information about schools with high student loan default rates, including for-profit colleges, before they enroll.
Hahn’s amendment will provide students applying for a federal loan with the latest national student loan default rate to compare it with the school’s. For example, students considering attending a for-profit school with a 20 percent student loan default rate will see that rate is nearly double the national rate.
Ninety-six percent of students starting at a for-profit college take out federal student loans, compared to just 13 percent at community colleges. Although for-profit schools enroll just 10 to 13 percent of students, they account for 47 percent of all student loan defaults. The bill now goes to the Senate for consideration.
Details: www.govtrack.us/congress/bills/113/hr4984