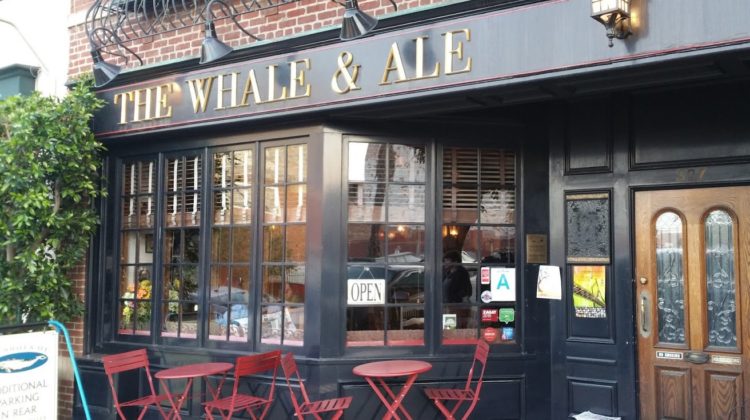 Businesses in downtown San Pedro have taken a huge hit from the COVID-19 pandemic. Yet, the San Pedro Property Owners Alliance has a plan to help them.

“What we would like to do in response to COVID and for recovery is open up the sidewalk, parking areas, street areas, public areas for even more businesses right away in a more streamlined, quicker program that would be temporary,” McOsker said.

This would allow businesses to have more usable square footage overnight, McOsker said. Social distancing conditions could still be applied to make it safe.

When McOsker pitched the idea to the city, he intended it to be used for both retail and dining, but the city was more resistant to using it for retail.

“They pushed back on the retail and said that might be more of a challenge,” McOsker said. “I don’t know why, I don’t think there’s any logic to that.”

McOsker said they won’t change the outdoor dining program, but make it bigger, cheaper and temporary. He said that he has spoken to the city council office, which expressed interest in moving forward with the program. However, the city did not give him any indication it would have the capacity to do it.

“This is not a novel idea,” said Lorena Parker, executive director of the alliance. “Other cities across the nation are doing this.”

Board member Eric Eisenberg suggested that San Pedro could even provide the example that other communities in Los Angeles could follow.

“We can be that pilot program for opening up the rest of the city, to where we can get a simplified template where any retail store can take over the parking space in front of them,” Eisenberg said.

However, the program would only be available to the businesses with physical addresses in San Pedro.

Eisenberg argued that the board needed to put its resources forward to show that San Pedro is open for business. This program would provide a visual for residents. People would be able to see retail and food items on sidewalks.

“Downtown San Pedro is probably facing the biggest challenge I’ve seen in over 20 years,” Eisenberg said. “I don’t know that something this big has happened before, where we’ve had almost every business close other than a few food and beverage.”

Board member Linda Jackson suggested just putting tables out on the sidewalk for the retail stores in the interest of doing something as quickly as possible.

“They need something now,” Jackson said. “These mom and pop places are just suffering so, so much. And they are getting to the point where they don’t know what to do to re-open.”

Secretary Warren Gunter said that using sidewalk space will probably be merely a part of a larger economic recovery plan. He believes that within six months to a year, 50 percent of the businesses in Downtown San Pedro will be out of business.

“We will have a half-deserted downtown,” Gunter said.

Gunter said that the San Pedro Property Owners Alliance will be responsible for rejuvenating the downtown area, including getting residents to support remaining businesses and getting people to start new businesses there.

McOsker agreed that the sidewalk program should only be part of what the board will do to respond to the economic situation. He said that the board doesn’t know what the downtown area will look like in six months.

The program would need to be done quicker and cheaper than the outdoor dining program if it is going to be effective. The alliance has money to finance the program and lend to local businesses. It would be a forgivable loan if the money is used to re-open and conduct sales. However, if they do not re-open, said businesses would need to repay it.