Learning at a Distance 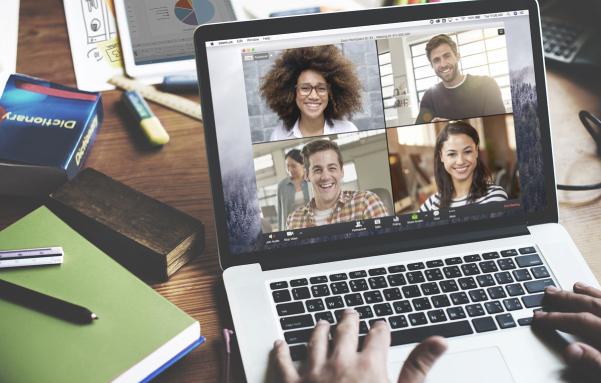 Learning at a Distance

Field Notes from a temporero of the mind

Out beyond ideas of wrongdoing and right doing, there is a field. I’ll meet you there.

For “a salary in the high two digits,” as Calvin Trillin used to say of his column writing, I currently transfer knowledge, 40-hours-a-week part time, to 23 twenty-something students. Twenty-three and me, two-dozen souls only meant to meet Tuesdays and Thursdays, which we still do in a way, zoomilacrum, 9:30 a.m. sharpish (Pacific Standard Time). Psssst … except the physical senses, through which they receive said precarious knowledge from me, spread slowly — not dissipating I hope — but anyway move statically across our counties and state, this nation, the globe. They move away from their former potential presences in a state-of-the art smart classroom I have never yet entered, now locked down empty on the campus of the University of California Irvine. The Anteater Learning Pavilion, ALP 1100, as my Canvas course site still reads, has pod chairs and telecasters—the works. In truth, I preferred teaching in the Social Science trailers. I like magic markers. But, as for my students’ static movements: consider just one from somewhere nearish at present, scheduled to fly early May to a 14-day spotty wifi quarantine in Shanghai. Me, I just no longer commute from San Pedro.

From whence I transfer knowledge for the practice of Argument and Research (Writing 39C) on my lonely theme of problems and purpose in the U.S. K-12 education, whose doors of course are far more snugly shut and locked than those of our public universities, defunded to their jambs inside that great metaphorical wall we call the digital divide. As a matter of fact, my child’s eleventh grade classes at Pedro High School are only now sliding that thin brass check to let in just the slightest partial eclipse of light through its peephole. Today, I just got an imaginary virtual block schedule tentatively in the email. Tomorrow, I’ll have my mandatory virtual office hours, in which each of the 23 will pitch me their self-selected policy-failure based problem — problems of funding, problems of curriculum, problems of “human resources.” I’ll join Pedro’s School Site Council’s first Title 1 meeting since the shock. Our school-based management resumes next week. The Greene-Act agenda speaks of approving new minimum days. And really, given the obstacles, Pedro and the Los Angeles Unified School District more generally have done admirably. Even erstwhile and likely future corporate reformer Austin Beutner has risen towards his best in the crisis.

As for me, I’m a continuing lecturer, and member of the American Federation of Teachers fighting 2226 (whose uncompensated grievance collective didn’t quite materialize today for its Zoom meeting as I write).  No Child Left Behind was only just slowly trickling up to public higher ed from its self-interested incubation in our public high schools. It happened the same way gentrification was only slowly trickling east to San Pedro from Long Beach. Both derived from the fever dreams of the early ‘80s and Ronald Reagan’s forgotten recession. Now what? Our problems are stripped naked, our purposes twisted obscure. In one character’s fever dream sung from The Satanic Verses, Salman Rushdie used to say back then that the houses of the rich were built from fear, the houses of the poor from confusion. Enter the virtual gatehouse: nand/nor. Kierkegaard’s existential moment of choice is now delivered by algorithm. Still, inefficient, we teach.

Erik Kongshaug is a former Random Lengths News editor, novelist, professor of creative writing at UC Irvine and a resident of San Pedro.