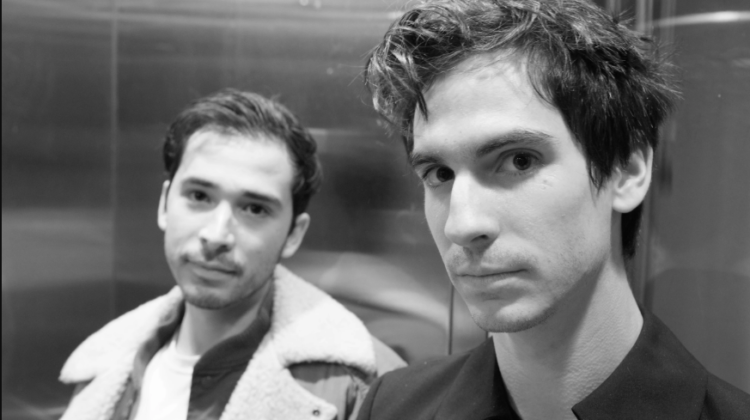 When Rand Foster opened unselfconsciously hip Fingerprints Music in 1993, Amazon was only a South American river, and the first digital download (Duran Duran’s “Electric Barbarella,” says Billboard) was still four years away. And streaming, what the fuck is streaming?

Since then, while brick-and-mortar mainstays like Virgin Megastores and Tower Records have gone to watery graves from the sea-change brought by Amazon, Walmart, and the digital revolution, Fingerprints has managed to stay afloat, providing music-lovers with physical product and a broad array of in-store experiences. Foo Fighters, Sparklehorse, Jack Johnson, and Yo La Tengo have graced the stage, while luminaries like of Brian Wilson and Lou Reed have done in-store signings. The Flaming Lips Wayne Coyne spent no less than 12 hours with fans ― and enjoyed the experience enough to spend 45 minutes afterwards with staff.

But navigating the squall of COVID-19, which has indefinitely closed Fingerprints along with all of California’s “non-essential” businesses, is a daunting, titanic mission. “It’s a whole lot of ‘I don’t know,’” Foster admits. “I think the big takeaway is that we’re just doing things day to day. It’s too hard to try to look further ahead than that, as great as it would be to have a solid plan. This is all question marks.”

In the midst of searching for partial answers from a litany of possible loans and a new, full-service online store. Foster was buoyed by a touching gesture from De Lux, a post-disco dance-punk DIY five-piece who have played Fingerprints in support of each of their three albums. On April 1, De Lux released the COVID-19-inspired ““Dancing Is Dangerous in L.A,” with all proceeds earmarked to help Fingerprints weather the storm.

“We love them,” Foster says. “They’re an incredible band both live and on record, but they’re really great dudes as well. It’s more than just, ‘We sell their records.’ [… So] I kind of teared up a little bit [when I heard about the song]. I feel like in a lot of ways when we do things that I’m proud of or excited about, there’s still a bit of selfishness in it for me, [in that] we have bands in the store because I love them and I want them to continue making music⎯and the only way they can do that is if people hear them and buy their records. […] In a weird way their being successful is kind of its own reward [for Fingerprints]. So when someone like them does something like this for us, it’s pretty awesome.”

De Lux frontman Sean Guerin, who in early March wrote the song after a night of dancing with only ten or so people in club that in normal times would be crowded, credits band manager Scotty Coats (a Long Beach resident who first turned them on to Fingerprints) and label Innovative Leisure for the genesis of the idea.

“I sent [the song] over to Innovative Leisure to see if they wanted to release it,” he says. “They mentioned trying to release it for charity. Scotty mentioned Fingerprints, and we all said, ‘YUP.’ It was a great idea because not only has Fingerprints been so supportive of us through the years, they deserve [help] to stay part of the Long Beach community. They’re a staple at this point. […] If an outsider asks, ‘Hey, what’s a good record store around here?,’ Fingerprints is the go-to. […] They are true music nerds and have a genuine love for helping artists and the community feel like all walks of creativity are welcome.”

Innovative Leisure co-owner Jamie Strong couldn’t agree more. “The first place I ever lived in California was Long Beach, and at the time, I didn’t know anyone or anything about Long Beach (outside of Snoop and Sublime) ― so Fingerprints quickly became a home for me,” he says. “It was my weekly escape and opportunity to find out what was going on in the music scene in SoCal. There was always such a sense of family and community in the shop with the staff, which I found quite comforting. [That is] a testament to Rand.”

True to De Lux form, “Dancing Is Dangerous in L.A.” is an upbeat romp, echoic production providing the dark subtext of an eerily empty, pandemic-era dance club. Guerin’s lyrics, too, hint at apocalypse but lean to the lighter side. “And now dancing is dangerous, and you’ve got nowhere to go,” he sings in the opening lines. “And if you’re missing Los Angeles, well, now you’re really back home.” A later line pokes fun at the recent panic-buying: “Line up for guns, line up for paper / Both things won’t protect your ass.”

Guerin says he had no qualms about injecting a sense of fun into his crisis commentary: “I think a serious situation shouldn’t necessarily dictate your creativity. One thing I was trying not to do was make it cheesy. I didn’t want to say ‘COVID-19,’ ‘coronavirus,’ ‘social distancing,’ etc. Little too on the nose for me, I guess. I come from the perspective as if someone may listen to this song in 40 years and wonder, ‘Why was it dangerous?’ Maybe they have to do some digging. [The indirectness] gives a bit of mystery to it.”

Foster appreciates the irony of De Lux’s current situation. “Here they are making dance music in a time when people can’t get together and dance,” he says.

Naturally, Guerin has concerns about how COVID-19 will affect both De Lux⎯a band to whom live shows are particularly important ― and the indie music scene in general. “Already we’re seeing artists get albums delayed, and obviously no tours are happening,” he says. “In terms of the live show, even when things start to calm down and people get back to work, I think it’s going to be a bit more tough for indie acts to pull crowds. There’s going to be people who are still reluctant on going out. But it also depends on if we have a vaccine by that time or how declined we are in terms of cases. It’s all a bit up in the air.”

Nonetheless, De Lux hopes to be back at Fingerprints in the not-too-distant future. “After this all blows over and we have our fourth record ready, we would love to do another in-store,” Guerin says.

For that to happen, Fingerprints will need to help to make it through these uncharted, treacherous waters, a journey Foster says is all the more difficult due to nearby construction projects that cost Fingerprints around 20 percent of their annual revenue over the last two years. But De Lux and Innovative Leisure are not the only ones who have stepped up.

“The support we’ve gotten from our customers the number of people who’ve said, ‘Can I get a gift certificate?’ [and] ‘How do I buy online?’⎯has been great,” Foster says. “I’ve had former employees that have been buying from us, along with the community of customers over all the years. And there’s definitely been some outreach from the artist community and from the artist-management community. A lot of people have really rallied around us. Now we’re just kind of waiting to see what kind of support we get from the community of bankers and loan people and grant people and our landlord.”

As a boardmember of the Coalition of Independent Music Stores  (the folks behind Record Store Day— rescheduled to June 20 with fingers crossed), Foster says “everything I’m trying to figure out for myself I’m also trying to help the board try to come up with some strategies and ideas to keep our businesses going.” For example, Fingerprints has begun an ongoing series of Instagram sales. “We’ve only done a couple so far, but they seem to be going pretty well,” he reports. “[…] It’s a whole lot of slap-and-patch.”

Like dancing, owning a record store is dangerous these days. But what better means to soothe your troubled soul than new music? And by engaging in this particular form of self-care, you just might be part of ensuring that one of your favorite community spots is there for you when we come out the other side of this uncertain, unprecedented time.