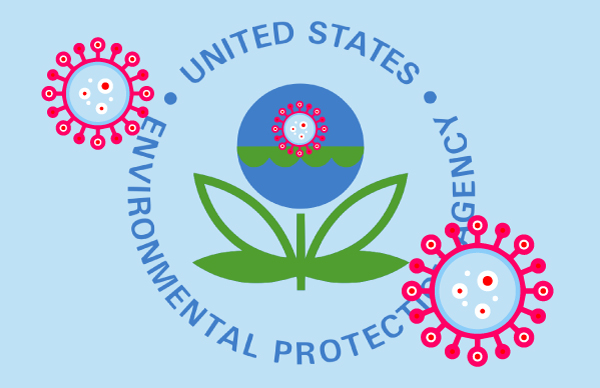 EPA Slap To Our Face On Earth Day

Not to be outdone by Trump’s call for reducing whatever environmental regulations have been instituted since the first Earth Day 40 years ago, EPA chief Andrew Wheeler gutted a ruling on Earth Day, nonetheless, that compelled the country’s coal plants to cut back emissions of mercury and other human health hazards.

While environmental organizations and humanity in general calls for more environmental regulations, Wheeler a former coal lobbyist (i.e. paid by the coal companies to fight any and all restrictions on pollution that hinder profits) said that “we have put in place an honest accounting method” that balances the cost utilities with public safety. Sorry Andrew it’s one of the other prophets or safety and you have decided to put utility profits over the health especially of children who are severely impacted by mercury emissions.

Citing a threat from the virus, the EPA suspended enforcement of a wide range of health and environmental protections on March 30. The EPA (A.K.A. Employer Profitability Assurance) waived enforcement of a range of legally mandated protections over water, air and land saying that industries would have trouble complying with them during the pandemic.

Of course, the energy companies topped the list, seeking relaxation of environmental and public health enforcement so they could continue to pollute at will the air, water and land in our communities.  The EPA’s decision also eliminated fines or other civil penalties for companies that “failed to monitor, report or meet other requirements for releasing hazardous pollutants”.(… or as working people interpret it, dump whatever you want wherever you want, no matter how toxic, in whatever quantity and the government will look the other way.  Profits first, while the energy companies rake in billions and fail to clean up even when court-ordered and fined (which they never seem to pay) toxic sites within even their own refineries in Torrance and Wilmington.

Environmentalists, of course, sounded the alarm. “No one has ever seen anything like this.  This is a complete pass for every industry, said Gina McCarthy, president of the natural resources Defense Council.  She called the announcement “an open license to pollute” she told the Los Angeles Times.

And from the affordable clean energy rule from the EPA website.  I will leave you to read between the lines” On June 19, 2019, EPA issued the final Affordable Clean Energy rule (ACE) – replacing the prior administration’s overreaching Clean Power Plan with a rule that restores rule of law, empowers states, and supports energy diversity.”

In case you need help, “overreaching” means too many rules for cleaner air. (take that Communities for a Better Environment in Wilmington—more breathing problems for you!). “Rule of law” means whatever big polluting businesses and refineries can get away with by circumventing regulations and buying politicians (including Newsome and Garcetti) and judges.  And last, “energy diversity,” a code for expanding fracking, offshore drilling, national forest and arctic oil drilling and mining and general expansion of highly profitable energy resources. (We would hope it would be wind and solar power, but don’t hold your breath).

The new rule, written by the Environmental Protection Agency and the Department of Transportation, would allow cars on American roads to emit nearly a billion tons more carbon dioxide over the lifetime of the vehicles and hundreds of millions of tons more than will be emitted under standards being implemented in Europe and Asia.

President Trump is expected to extol the rule, which will stand as one of the most consequential regulatory rollbacks of his administration, as a needed salve for an economy crippled by the pandemic.

This completes the rollback of prior climate change policy, a three-year effort to weaken or undo nearly 100 rules and regulations that had limited industrial pollution of smog, toxic chemicals, greenhouse gases and water contaminants.

How should we as working people, victims of corporate pollution and health care crises respond?

First of all, we should realize that all the lobbying (including paying millions to big business politicians) and legislation mean nothing when the government run by and for big business wants to thw them out under whatever phony excuse they can conjure up and make us believe.

Health and safety of all workers and working people must be at the top of our list as shown by the nationwide protests of nurses, doctors, Amazon, airport and factory workers demanding better protective equipment than the CDC says is necessary (So why are these health professional getting the virus and dying then?)  Since the beginning of the pandemic, the CDC has prioritized maintaining profitability of businesses like the cruise lines, factories, gun shops and more is concerned about the stock market and the economy than our health.

Meanwhile, workers in other countries, especially Italy, have demonstrated and gone on strike for safety equipment if they are mandated to continue working.  This also happened by LAX airport and airline cleaners, food delivery companies, etc.

Articles in the New York Times (3.30) and elsewhere have shown the corruption and ineptness of the CDC, and Washington, under Democrats and Republicans, in failing to procure and store enough emergency equipment even after seeing the impact of the H1N1 and SARS epidemics. They paid companies and received zero.

Labor, organized in our unions, needs to wage a fight to halt the destruction of the environment internationally, and to protect ourselves during this pandemic. We have the biggest stake in protecting the environment, as an integral part of defending our health, safety, and working and living conditions. To the hundreds of environmental organizations out there I say what are you doing? We can organize protests staying 6 feet apart as nurses, factory workers other have done. We may have missed Earth Day for such public protest actions… But they are desperately needed

As long as businesses and the government are run for profits, they will try to get away with as much as they can in their profit quest. We should demand: