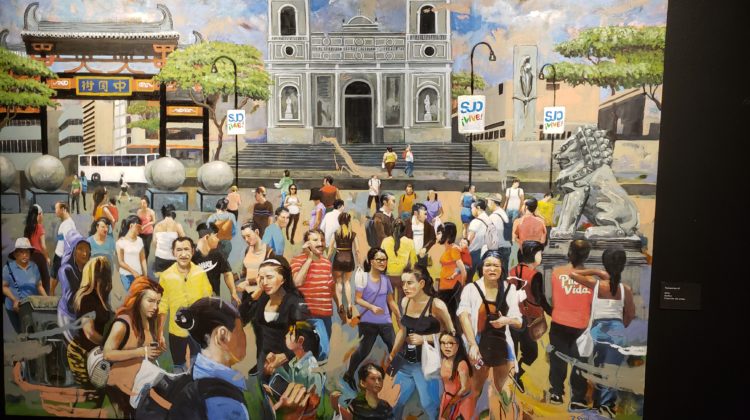 Tired of the LA Desert? Costa Rica Awaits You

Random Lengths readers, are you interested in a spring break or summer vacation with an environmental experience by visiting Costa Rica and seeing firsthand a country with some of the greatest biodiversity of life in the world? A very large number of national parks comprising 25% of the land area, marine and terrestrial protected areas, sea turtle protection and volcanoes and jungles, cloud forests and beaches, beckon you.

Costa Rica, for a small nation of 5 million and small landmass, has taken some important environmental measures to try and minimize habitat destruction and loss and saving animal and plant species, some of which are listed on the CITES international endangered list of organisms.  Costa Rica has 5% of all the world species.

This reporter and RL photographer had an opportunity to spend a week in Costa Rica, the primary purpose of which was to present a lecture on ocean plastic pollution: problems and solutions at the University of Costa Rica in San Jose.(This campaign to educate and organize around ocean plastic pollution has been supported by Random Lengths and the LA Maritime Institute here in San Pedro.) (Unfortunately, we failed to see the sloth living on the campus grounds).

Costa Rica has tremendous US business investments, all the big-name companies you could think of, and a population of 50,000 Americans and 10,000 Canadians. The negative consequences is a very expensive cost-of-living… Almost on a par with prices in Los Angeles, and 30% youth unemployment, similar to the US.

We also were able to observe, over four hours late night high tide on a remote Pacific coast beach, the arrival of a previously tagged female leatherback turtle (called baula in Costa Rica), and her egg laying.  Participating with researchers and scientists who have been tracking these endangered animals, we learned that 20 years ago 1500 would arrive and lay eggs multiple times in the fall and early winter.  This past year, only nine have returned to do so after maturing for 7-13 years in the open ocean.  This female laid 65 fertile eggs and then added 65 infertile eggs on top of them to give an added protection from predators (humans, racoons, feral cats…) Leatherback’s are among the most endangered species of marine turtles.

In San Jose itself, several sites warrant special consideration for your visit.  The first is the Spirogyra butterfly farm, which houses an extraordinary collection of endemic butterflies, especially blue morphs, which flitter about and land on you as you walk through an enclosed recreation of their habitat. Exhibits display the metamorphosis of butterflies from caterpillars for multiple species

The second is the Museo La Salle, which houses the largest collection in central America of international marine organisms, especially shells (5,000 species), and 8500 butterflies, which is 10% of the world’s number.  They have impressive collections of 1200 different species of insects, 400 birds and mammals, fossils, minerals, etc.

An additional attraction, not to be missed, is the Museo de Arte Costarricense located in a large park and sports fields near their new national stadium donated by China.  It includes modern art and one of the most interesting and unique exhibits I have ever seen.  One exhibition is art produced by prisoners between 1873 and 1991 from the San Lucas prison.  These are scores of enlarged replicated photographs of the rudimentary drawings on prison walls.  Everything from political to religious commentary and drawings.