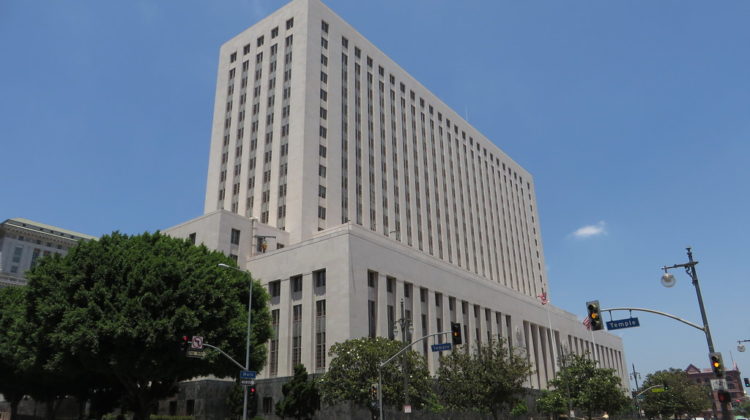 By Eric Siddall
The state judiciary’s imperviousness to the COVID-19 crisis is making things worse. The orders from both the California chief justice and the Los Angeles presiding judge lack clarity and action. They disregard all the science behind slowing down and defeating this pandemic. Meanwhile, they are giving the public the misconception that the judicial branch is on top of it-far from it.
Los Angeles Presiding Judge Brazile’s latest act to confront the global health crisis was to issue an order that all non-essential people are not allowed in Los Angeles County courthouses. The order got a great headline in the Los Angeles Times. But the order does nothing that Governor Newsom’s March 20, 2020 order did not already accomplish. Judge Brazile’s order did nothing new.
We already know of two or three attorneys who have contracted the virus, though there are probably many more who have and who will. The known individuals were in the courtrooms and have had contact with juvenile and adult inmates, not to mention clerks and other attorneys. We have been given almost no information from the courts as to who was exposed, so we cannot effectively isolate them. It is well established that self-quarantining is a crucial component of combating the virus.
The Los Angeles Superior Courts are now the weakest link in government’s response to the coronavirus. Los Angeles County can shut down visitation to the juvenile facilities and the jails, but if the lawyers are inadvertently infecting inmates, a public health crisis will ravage our juvenile detention facilities and jails. At that point the County will be left to contend with an even more dire situation.
To find a model of real leadership, Brazile could look right across the county line. In Orange County, the judges swiftly recognized that the courts were a breeding ground for the virus. So they closed the physical courts and began setting up a system of virtual appearances.
Yet Judge Brazile has refused to even meet with the men and women who come into court everyday. After first agreeing to a meeting with the presidents of both the prosecutors and public defenders unions, he reneged and told them to communicate with the court’s clerk, Sherri Carter. Ms. Carter has no power to close down or pare down the activities of the court, so there is no point in a meeting.
Then Ms. Carter sent a letter about the court’s response to this crisis. The response was that the court was doing everything in its power to stop the spread of the coronavirus – yet why were 200 people packed into the Criminal Court Building witness waiting room just last Monday? Several of those waiting were first responders sitting inside a potentially contaminated space instead of being out on patrol.
Ms. Carter claims the courts took measures to protect those entering the courthouse. She states that the courts placed disincentive wipes in public areas. She claims that security screeners are disinfecting receptacles used by those entering the courthouse. Not true.
Last night Chief Justice Cantil-Sakauye issued an order to deal with the coronavirus. Her order contributes confusion rather than clear direction. In the order, she suspended all jury trials for 60 days. This may sound like a bold move to the general public, but the order is so poorly written that it gives little guidance to trial judges. Does this mean that after 60 days that every jury trial must be conducted? Or is it the functional equivalent of a court holiday and an additional 60 days are added to the current count. In other words, a trial that is 30/60 today, it is a 60/60 when the 60 days expire or is it a 30/60? Who knows?
Eric Siddall is Vice President of the Association of Los Angeles Deputy District Attorneys, the collective bargaining agent representing nearly 1,000 Deputy District Attorneys who work for the County of Los Angeles.