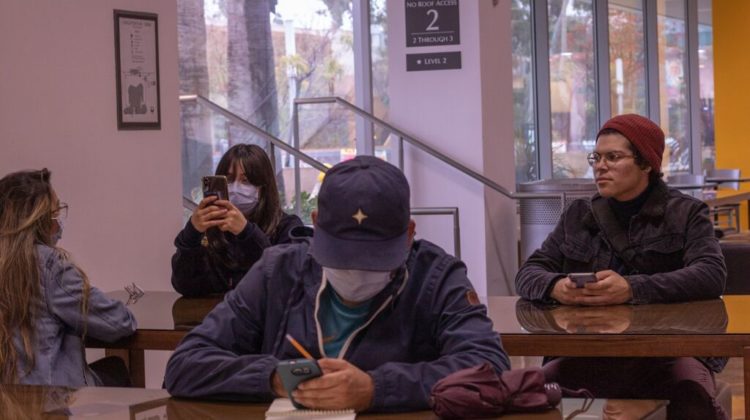 As the number of positive cases of the coronavirus, COVID-19, rises in Los Angeles County, the California State University system is feeling the effects. Face-to-face classes are in the process of being converted to online.

The infection of 24 people was related to repatriation flights. About 448 others acquired the infection through travel (82), person-to-person (75), community (98), and investigators still are trying to find out how some acquired the virus (193).

As of press time all the CSUs, junior colleges and trade schools and school districts in Los Angeles county have been closed and are attempting to be put classes online in response to what is now considered a pandemic.

“Planning should continue for events already scheduled after April 12; however, cancellation and/or postponement may be necessary based on the health assessment moving forward,” California State University, Dominguez Hills President Thomas Parham said in an email addressing the cancellation and postponement of events.

Study abroad students have been affected as traveling has become a concern. Travel had been postponed, as President Donald Trump addressed all restricted travel to Europe in an attempt to contain the virus.

In a letter to all CSU campus presidents, Executive Vice Chancellor and Chief Financial Officer Steve Relyea wrote that campuses and their organizations are to suspend all international and non-essential domestic travel from now to May 31. Future travel for the remainder of the year, including summer and fall 2020, will be determined at a later date.

“All the students were at suspense because the higher-ups were taking too long to decide if they were sending us home or not,” said Katrina Santos, a CSUDH study abroad student who recently came back from Florence, Italy.

She traveled from Florence to Barcelona to LAX and expressed her disappointment in the lack of security and direction they gave students.

“Decision making took too long but once the decision was made it was super-fast. It was made mid-week and by Saturday people were going home,” Santos said.

They told her that they had five days to leave. When she returned on March 9, nobody prompted her to get checked out or go into immediate quarantine, so she made the decision to self-quarantine after consulting with her parents who are medical professionals and the Centers for Disease Control and Prevention website.

California State University, Long Beach has also suspended travel to South Korea, China and Italy since they have travel abroad programs. Recently, 10 students and two advisers were quarantined after attending a Washington conference where three people have tested positive for the coronavirus. The attendees that have tested positive are not related to the university. This has made students worry about their own safety.

“I was definitely worried,” said Anthea Johnson, a CSULB student. “Although no cases have yet been confirmed, one of those students was in the dormitories and we still don’t know where. As a student in the dorms myself, it was very concerning that they didn’t tell anyone (including the RAs) where they were being kept. I understand the student’s need for privacy, but we should at least know the building or housing community.”

California’s elected state offices to the municipal level have been taking precautionary measures to protect public health. On March 11, CSULB announced it would be canceling classes in favor of online instruction.

“There are no confirmed or suspected cases of COVID-19 in our campus community,” a statement from the university read. “Still, we are temporarily suspending the in-person, on-campus convening of classes. The campus will remain open.”

Students like Johnson from CSULB and Nicole Hernandez at CSUDH, started petitions to cancel on-campus classes to lessen the risk of contracting the virus.

On March 5, Johnson started a petition to temporarily amend the attendance policy at CSULB so students and staff are able to stay home if necessary without suffering consequences.

Then on March 10, Hernandez started the petition for CSUDH students. Since these petitions have gone viral, the schools have emailed accommodations and instructions for students and professors on how to go about the semester.

Students are trying to figure out a way to still have school without physically being in class. Some people have weak immune systems which could make them vulnerable to the coronavirus.

“This was supposed to be a compromise so students who wanted to go to class could still attend and the school didn’t need to be canceled, though the concerns around that grew by the day,” Johnson added.

Students at CSULB expressed their concerns and wondered if anyone had been in contact with the 10 students that were quarantined.

“My main concern is if the school is checking everyone in the dorms who lived with these students,” said Ruby Robles, a CSULB student. “I’m also wondering why the school took forever to close down.”

Students at the university have fears of getting sick at campus mainly because the school will still be open.

“I’m honestly scared to go to campus,” said Jerry Ramos, a CSULB student. “I’ve been scared since the beginning, but now this makes me question my safety. Should I go to school or risk my health just so I can go to a class? I haven’t been able to sleep well.”

According to the CDC, information so far suggests that most COVID-19 cases are mild and serious illness only occurs in 16% of cases. Older people and people with severe chronic medical conditions seemed to be at a greater risk.

“Actually, two of my classes out of three were canceled since the news broke out,” said Hannah Fernandez, a CSULB student. “Some of my professors understood that the coronavirus is this new disease which makes a lot of us scared. My other class told us that we are required to go, which doesn’t make sense. I’m scared for my health to be honest. I’m hoping it starts to die down soon.”

The CSU system canceled classes through March 17. Online classes began on March 18 through April 12. The campus will still be open for students such as the library, campus offices and buildings, student housing and dining facilities.

On March 16, Parham sent an update via email that postponed classes online until March 22. The email read that the next update regarding classes will be on March 20. While CSULB is set to continue the remainder of the academic semester online.

CSULB is in communication with the CSU chancellor’s office and government bodies in addressing the coronavirus situation, but at the moment, there are no plans in place for the CSU system at large, according to Gregory Woods, director of communications at CSULB.

More updates will be posted as we get new information.