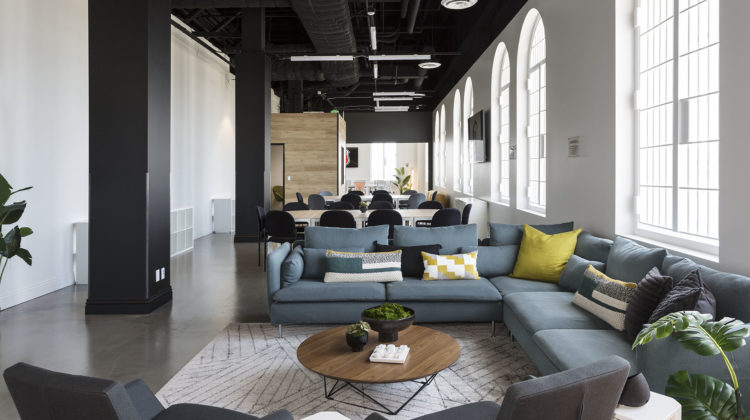 John D. Rockefeller said, “Giving should be entered into in just the same way as investing. Giving is investing.”

In that same vein, near the end of 2019 Southern California philanthropists Melanie and Richard Lundquist gave $1 million to the Harbor Area’s Sharefest Community Development, which enabled the launch of the Lundquist Youth Leadership Center at the old San Pedro jail in the Beacon Street municipal building.

On the seventh floor, the youth center is a naturally lit, spacious transformation of the old jail labeled Seventh Heaven — so named for its views of the harbor and its amenities from a bygone time, like bathrooms, shower baths and kitchens. Police once routinely rounded up unruly offenders in the Beacon Street area and ran them up to the seventh floor to ponder their fate in jail. But a portion of the jail cells remain intact just down the hall from the modern, comfortable space.

In the spring, a large group of volunteers will gather, travel to dozens of sites across Los Angeles and complete hundreds of beautification and improvement projects at schools, parks and other community locations. It’s called the Sharefest 17th Annual Community Workday and project submissions are now open for the May 2 workday.

The Harbor Area nonprofit, founded in 2003, works with youth within the Los Angeles Unified School District’s continuation schools, whose students face significant barriers to college and career paths and are at greatest risk of dropout. Sharefest helps equip the students through academic achievement, personal development and community service. Its mission is to empower under-served young people to transform their futures and to become leaders of collaborative community change. To do this, the nonprofit is able to complete service projects and gather resources and volunteers through collaboration between local organizations, the faith community and businesses. 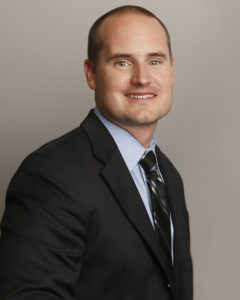 Random Lengths News spoke to Chad Mayer, founding director of Sharefest, a U.S. Air Force veteran and former assistant pastor at King’s Harbor Church. Mayer works to bridge people and resources to benefit the youth he works with along with their families and communities. He envisions a future where underserved youth are empowered to change their communities.

“Witnessing civic decline all around South Bay communities from graffiti to rundown parks to overrun gardens and desolate school grounds, we believed that small improvements in communities could begin to change the tide for community members,” Mayer said.

So Sharefest started as a single day, Workday, where churches, neighbors, community leaders and businesses came together with the purpose of beautifying and improving the communities in the South Bay.

Year after year, Sharefest has mobilized volunteers to give back to the community since its first day of service in 2004. The event prompted what they now call their “big day of service.” Soon after, when the 2006 season of ABC’s Extreme Makeover Home Edition chose a South Los Angeles home, the San Pedro-based company, Cornerstone Contracting Group, was chosen as the lead project manager. Cornerstone Contracting Group brought on Sharefest which fielded 3,000 volunteers, including skilled and unskilled trade workers. The makeover was for Los Angeles Police Department officer Kristine Ripatti who was shot in the line of duty and paralyzed while on patrol in South Los Angeles.

“To see the community, churches, builders and contractors come together to rebuild this family’s house — it was the genesis to do more,” Mayer said.

In 2006 Sharefest incorporated and became an official 501(c)3. Today, it has served more than 3,000 youth, close to 392 students per year both in traditional and continuation high schools and middle schools.

“We want to eliminate college and career barriers,” Mayer said. “College isn’t for everyone. If there is the aptitude and the determination to go to college, we want to help them succeed but [we want] to identify careers which [are] important with our continuation school students.”

Through Sharefest’s after-school program, students earn credits and can accelerate receiving their high school diploma. The funding from the Lundquists will provide students with one-on-one mentorship opportunities, assist them in writing out a plan and purpose for their lives and make connections to community college or trade programs to live out that plan. Sharefest’s mentors consist of past and present program instructors who students are familiar with and trust. The organization is working to expand its mentorship program and introduce students to additional leaders of community businesses and organizations. Sharefest is like a boutique organization, Mayer said, not like a Boys and Girls Club or the YMCA. With their small population they can offer more individual opportunities.

Through the funding Sharefest will increase the number of students served from 200 to more than 250 and help grow the middle school program by doubling the students it serves to 200. And, it will help expand community services projects where students work side-by-side with civic partners. The goal is to increase social connectedness by showing students that they have the power to transform their future.

“All our students are below the poverty line, affected by gang violence, or are first generation, college going students,” Mayer said. “That’s the criteria for accepting students in the program.”

Soon after Sharefest incorporated in 2006, a tragedy struck the Harbor community. In the aftermath a youth center rose up. Cheryl Green, a 14-year-old girl was shot and killed right outside her grandmother’s home in Harbor Gateway during a spat of racial gang violence. Then-Councilwoman Janice Hahn created a task force that decided the community needed two things. One was a community center and the other was to establish positive summer programming. Sharefest signed up for both. They partnered with the mayor’s office, the councilwoman’s office and several contractors to build the Cheryl Green Community Center and then gift it to the Boys and Girls Club.

“We were able to take a [bungalow] that the LAPD was utilizing here in Harbor Division while their new police headquarters was being built,” Mayer said. “We took that and we put it on a trailer and we created a youth center.”

“With the summer model that we established, we were able to take the same framework and tweak it just a little and start a program at Avalon Continuation High School in 2009,” Mayer said. “The summer programming is great but the center came into play because we wanted to stay consistent with our students throughout the whole year. What started from serving 35 kids has now served over 2,500 kids over the summer months.”

“The place we’re in now is a huge accomplishment, too,” Mayer said. “Just [having] the will power and working with the city, securing space and the amount of capital you need to do any construction, but it feels like a home in here.”

Sharefest wants students to foster relationships, transform their future and build social connectedness or social capital — meaning there’s outside resources, people, networks and connections to which to expose them.

“It’s the idea of bringing in those resources from people who want to help,” Mayer said. “Many people and organizations want to help, they just don’t know how. We want to connect the resources with the needs in the community, build mentorship opportunities and more. It’s also about having [the children] understand that they can become leaders.”

Sharefest welcomes people who want to volunteer and mentor students, learn more about their programming or invest in a child’s life to really make a difference. The organization has helped to increase high school graduation rates. But the next evolution of their programming is building an alumni network and continuing to help foster youth past high school.

“There’s a huge gap between those who have resources and those who don’t,” Mayer said. “That’s why we’re always looking to help foster generosity through time or financially. We believe our kids are a great investment.”