A suspect is barricaded in a h... 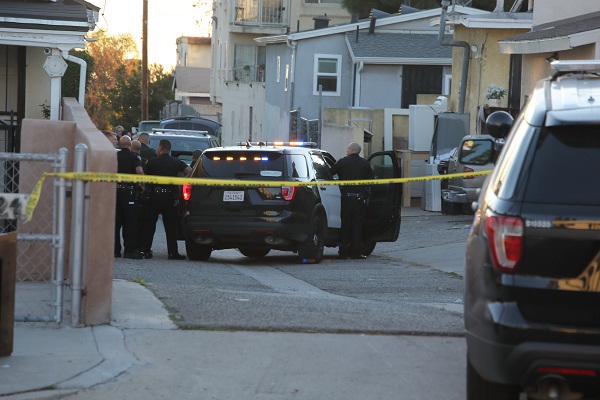 A suspect is barricaded in a house after a lengthy pursuit from Long Beach ended in San Pedro, Jan. 30

By Raphael Richardson
(RLN) – A suspect is barricaded in a house after a lengthy pursuit from Long Beach ended in San Pedro on January 30, at around 8 AM.
Long Beach PD officers identified a stolen vehicle on the 405 Freeway and Long Beach Blvd. in Long Beach at around 5:50 a.m., LBPD spokeswoman Jennifer De Prez stated. When officers attempted to stop the vehicle, the driver fled and a pursuit began.
The pursuit entered San Pedro, where the driver began circling around the area of 1st St. and Cabrillo Ave., De Prez stated. Officers attempted to PIT the car, but the driver managed to drive off. Long Beach police called off the pursuit, and the driver bailed out of the car in the alleyway, and hid into a home on the 700 block of West 1st St.
Nearby streets were closed for the standoff. Hours later the man was taken into custody inside the home. After the pursuit ended, a woman came out of the house, followed later by a man. Both surrendered to police, but it was not immediately clear whether they were arrested or whether the driver lives at the San Pedro residence.