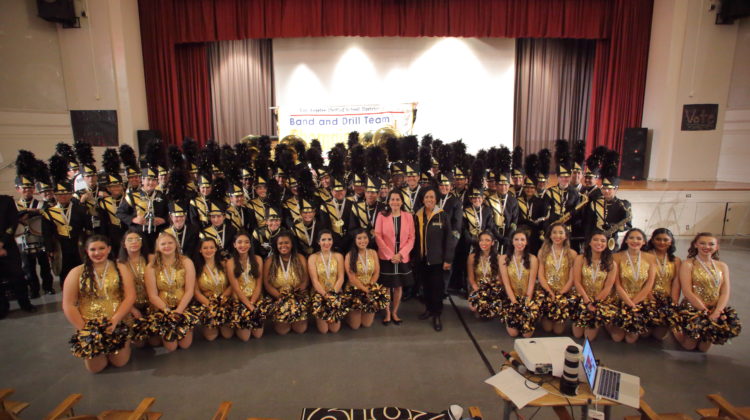 Right at the end of 2019, Darnella Davidson, band director of the San Pedro High School Golden Pirate Regiment learned that her regiment was invited to perform at the 2020 National Memorial Day Parade in Washington, D.C.

“I have always dreamed of taking a group out of state,” Davidson said. “So when this nomination from Congresswoman Barragán came up, I really didn’t want to pass up this opportunity.”

It turns out that  Congresswoman Nanette Diaz Barragán nominated the regiment  to represent the state of California in the 2020 National Memorial Day parade in the District of Columbia on Memorial Day weekend. The  genesis of the idea came as a suggestion from the regiment’s drum major, Andrew Soto, who is interning for Rep. Barragán.

When he was interviewed by Fox 11’s The Issue Is at the regiment’s Jan. 22 trip to D.C. fundraiser, Soto  said he knew his band was driven enough to participate at the National Memorial Day Parade. When Davidson informed Principal Jeanette Stevens about the invitation,  Stevens was all in in finding the resources to send the regiment to the nation’s capital .

It will cost $125,000 or $1,350 per student to send the regiment to the 2020 National Memorial Day Parade on May 25. Barragan has stepped in with an assist by sending out solicitation letters to help raise the funds needed.

“I’m thrilled San Pedro High School’s Golden Pirate Regiment will represent California and our amazing Congressional District, the congresswoman said via email. “It was an honor to nominate them but now they need our help to get their regiment members to Washington, D.C. to show their exemplary skills and perform for our nation.” 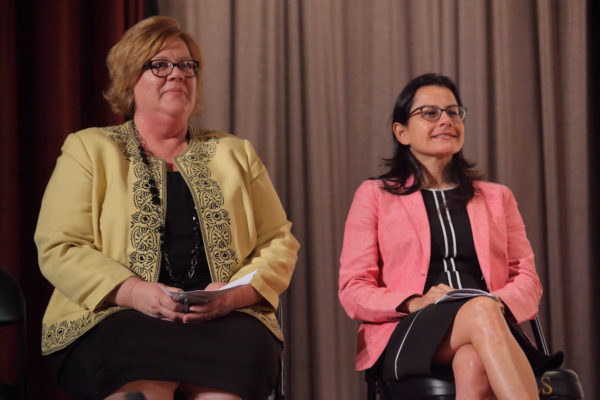 Davidson said many people are excited for them and say they will financially help.

“It takes lots of effort to stay on top of reaching out to people to make the commitment while we are still making efforts to run a competitive band program,” Davidson said. “We have several fundraisers with yard and candy sales, plus families have been contributing to make the $1,350 per student cost for the 4-day experience.”

That fee includes airfare, hotels and events. In addition, they will need to transport instruments across the country with a driver and trailer and hotel stay to make the three-day journey and back.

San Pedro High School’s booster Club president, Kiok McCarthy, told RLN that the boosters are also working to raise funds. Recently two San Pedro High School alumni, Karen and Henry Black (class of 1975 and ‘71 respectively) donated $50, but pledged to do more. The Blacks created a scholarship in honor of their son, Bryan,  a Green Beret who was killed in action in Niger two years ago. Bryan had joined the Army in 2009 and eventually earned a Ranger Tab as a Green Beret. He was 35-years-old.

The Black family’s donation will go toward helping three families get to Washington D.C.

The winners of the Bryan C. Black Memorial Scholarship are:

To get the band rolling to D.C., it will take a village. For their part, many local office holders have stepped up to the plate with donations. Now, they bring this effort to the community at large.

“We have amazing kids, amazing parents and amazing support from our school and community,” Davidson said.

“We can do this, send our kids to D.C.! Any amount will help,” Davidson said.

[As we go to press RLN learned that Darnella Davidson has just won a lifetime membership award to the nonprofit Southern California School Band and Orchestra Association So Cal Band Championships or SCSBOA].

The SCSBOA has an 81 year history and is the largest band and orchestra association in Southern California.

In response to this award by email, Davidson said she thinks of the SCSBOA Honorary Lifetime Membership Award as the equivalent of a Hall of Fame award in sports.

“Out of 108 recipients, 7 have been women. I’m the first woman of color. When I first joined SCSBOA, I remember watching the awards reception and wondering if someone who looks like me would ever reach that level of recognition. I’m honored to be in the company of two other amazing colleagues, as the Class of 2020 HLM’s.”

To donate to fundraising efforts, Washington D.C. donations can be made via Facebook, Paypal, or by mail.

San Pedro High School thanks you for your support!