Neighborhood Council Round Up ... 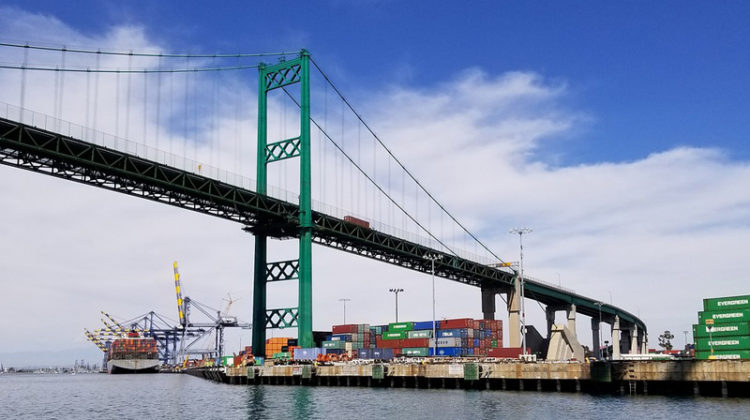 The Department of Neighborhood Empowerment is firing Sheryl Akerblom from continuing her work as the minute taker for several neighborhood councils, Raquel Beltrán, the general manager of DONE, stated at the Jan. 13 meeting of the Northwest San Pedro Neighborhood Council.

Beltrán said it was ultimately her decision to terminate Akerblom, based on what was said by unnamed people who were also members of a neighborhood council. Beltrán refused to give their identities and said that she asked the people who accused Akerblom to come forward, but they refused.

“The circumstances that they were sharing were just too important and too serious to act like it didn’t happen,” Beltrán said. “We were aware there were relationships, we are aware of the positive side of the circumstances, we took all of that into consideration.”

The Harbor City Neighborhood Council voted to send to DONE a letter supporting Akerblom and asking DONE to reconsider its decision. The letter passed with seven yes’s, two abstentions and one no. Desi Sarcona, the only board member who voted against the letter, said she did not understand it, even though the letter was read out loud before the vote. Board members Mike Etter and Lori Bordenave-Arnold both abstained and Etter said it was because this was the first time he had seen the letter. Bordenave-Arnold refused to comment.

Laurie Jacobs, vice president of the Northwest San Pedro Neighborhood Council, said she had never been more disappointed in DONE at her council’s Jan. 13 meeting.

“The way they’ve handled, or poorly handled, the administrative situation, the lack of communication, the lack of giving the council the chance to speak up on the situation, is not acceptable to me,” Jacobs said. “[DONE is] handicapping the neighborhood councils tremendously.… It’s just not a person sitting there taking minutes. It’s someone who’s a part of our community, part of our neighborhood council family.”

Akerblom was never told why DONE was not continuing her employment, either by DONE or either of the two staffing agencies that employ her, Akerblom said.

On Nov. 21, a Los Angeles representative from Lloyd Staffing told Akerblom she could not currently cover any meetings for neighborhood councils. Akerblom believed this was temporary, but she had a special meeting for Central Neighborhood Council that day and she went to it anyway, since the council had no one else. That same day, she received a voicemail from a representative of Lloyd Staffing in New York. The representative spoke to her like she had been told that she could not work for any neighborhood councils. The representative told her that she would need to turn in all her assignments for the councils within 24 hours, which was not sufficient time because she had too many assignments pending.

Since Lloyd Staffing told her this, Akerblom signed up with Apple One instead. However, on Dec. 12, she emailed Apple One to ask questions about operating its online portal, but she did not hear back from it until Dec. 17, when a representative told her she could not work for neighborhood councils.

Doug Epperhart, president of Coastal San Pedro Neighborhood Council, said that Akerblom informed him of the situation, so he spoke to Beltrán and asked her to communicate with the neighborhood councils and tell them what was going on. On Dec. 19, Thomas Soong, director of outreach and communications for DONE, sent an email to the neighborhood councils about a “staffing change” and listed city-approved staffing agencies. Akerblom was not mentioned by name in the email.

Epperhart spoke with Beltrán again afterwards and said he did not believe Beltrán was aware that Akerblom was more than just someone sent by a temp agency. Beltrán told Epperhart that the councils could continue to employ Akerblom until the end of March. Epperhart spoke with Akerblom, then spoke to Beltrán again and suggested ways to fix the problem, but still allow Sheryl to work for neighborhood councils. Beltrán did not respond positively to this suggestion and she affirmed that Akerblom would be done by March.

“My concern was that there would be long-term damage done within the Harbor Area and that Raquel [Beltrán] would not be trusted by Harbor Area neighborhood council people,” Epperhart said. “We’re kind of at that point now.”

On Dec. 13, less than two hours before Northwest San Pedro Neighborhood Council’s meeting, Soong sent another email to all the neighborhood councils that employed Akerblom, this time explicitly stating that the city would not reimburse the councils for services rendered by Akerblom. Soong misspelled Akerblom’s name four times within the body of the email.

There was nearly 30 percent decrease in crime in Northwest San Pedro in December 2019 in comparison to December 2018, said Senior Lead Officer Frank Lopez of the Los Angeles Police Department at the Jan. 13 meeting of the Northwest San Pedro Neighborhood Council. There were no homicides, robberies were down 25 percent, aggravated assaults were down 38.5 percent, rape was down 100 percent and burglaries were down 60 percent. The only spike was in grand theft auto, which increased by 33.3 percent. Burglary and theft from a motor vehicle also increased, it went up by 45.5 percent. Regular theft stayed consistent, as there were 15 in December 2018 and December 2019.

On Dec. 13, at about 1 a.m. a third-party vendor picked up molten sulfur from Phillips 66’s refinery in Wilmington and around Anaheim Street it began to leak molten sulfur onto the roadway, said Ken Dami, public affairs manager for Phillips 66. The truck continued to leak molten sulfur until Figueroa Place near the entrance of the 110 freeway, where the driver noticed that he did not properly seal a cap on the truck. Phillips 66 informed Gulf Transport of the leak and Gulf Transport moved traffic on Anaheim Street away from the spillage. Sulfur solidifies quickly after touching the ground, so Gulf Transport was unable to remove it. Instead, it repaved the road over it to seal the sulfur inside. The company finished repaving the road by the end of the day.

At the Jan. 14 meeting of the Central San Pedro Neighborhood Council, the board elected Carrie Scoville as their new vice president. In addition, the board elected Pat Carroll as their new interim outreach committee officer in the absence of Khixaan Obioma-Sakhu, the previously elected outreach committee officer who had not attended a regular board meeting since July 2019. Both Carroll and Scoville were the only board members nominated for their respective positions, so the board did not vote on either.

Board member Linda Alexander said that Carroll has experience on the outreach committee and that she can put into action plans for activities.

The county of Los Angeles has been working on a project improving White Point Park for about a year, said Cesar Espinosa, planning specialist for the County of Los Angeles Beaches and Harbors Department at the Dec. 16 meeting of the Coastal San Pedro Neighborhood Council.

This is the park’s first refurbishment since the late ‘90s. A landslide in 2011 damaged the sewer line that was connected to the park’s restroom, making it unusable and porta potties and trailers have been used since. The new project will include a new sewer line and a refurbished restroom. In addition, the walkway’s landscaping will receive a facelift. The design will remain the same, but cracks in the walkway will be fixed.

The park’s parking lot will be resurfaced, said Stephen Zurek of the Department of Public Works of Los Angeles County. Other changes include the removal of sharp and prickly plants and additional shade for picnic areas.

At the Jan. 15 meeting of the Harbor City Neighborhood Council, the Los Angeles City Planning Department gave a presentation on the Harbor Community Plans Update program, which includes Harbor City, Harbor Gateway and Wilmington, said Marie Cobian, a representative of the department.

In 2017, Mayor Eric Garcetti tasked the department with updating all 35 community plans in the city of Los Angeles. Previous updates to the plan included only rezoning certain areas, but with the new update, everything in the community plan areas will get a new zone. Zones are what define what different parcels of land can be used for in the community and can allow residential, commercial use, industrial use, public facilities or open space.

New zones are currently being developed as part of a re-coding project, which is a complete overhaul of the city’s current code. The new zones will be more flexible and user-friendly and will be accessible online.