LB Mayor Paints by the Numbers... 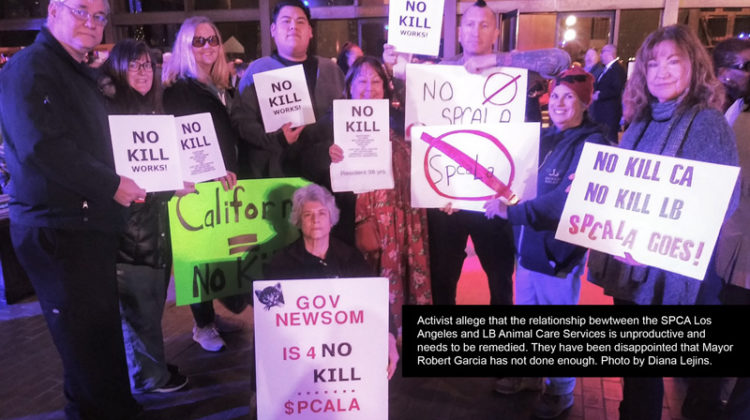 LB Mayor Paints by the Numbers

Let’s be frank: Mayor Robert Garcia’s annual State of the City events are formulaic affairs. Each year there are musical numbers and statistics aplenty and each year we’re assured that things in Long Beach are great and getting greater.

On Jan. 14, Garcia took the stage and gave the same old song and dance, saving his most substantive comments—the city’s new plans for the long-troubled Queen Mary—for the big finish, along the way highlighting the city’s undeniable growth.

The mayor opened in a reflective mood, looking back on the area’s sometimes shameful history, including the “terrible injustices to the native peoples” such as the Tongva, then providing a brief area history lesson before arriving at the present day.

“It’s the start of a new decade and I’m proud to report tonight, that the state of this city is strong,” Garcia said.

He seemed to back up that assessment with a litany of statistics, unless you noticed most were sans context. OK, the 85 miles of streets that were repaired in 2019 sounds impressive, but what does that represent as a percentage of Long Beach streets in disrepair? He didn’t say, providing no way to know if we’re getting proper bang for our Measure A buck. Garcia focused on the sort of citywide progress that is evident to anyone who lives here: 50 more miles of bike lanes, 22 new or improved parks, enhancements to 10 libraries (including the all-new and admittedly impressive Main Branch), etc.

Garcia then addressed a topic that always seems to be on the tip of Long Beach’s collective tongue: crime.

“In the last several decades, crime has been reduced dramatically and continues to decline—especially violent crime,” he said.

“[L]et’s be crystal clear: our city is safer today than it was 20 years ago, 10 years ago, five years ago and is only getting safer.”

But the mayor is well aware that in many circles this is not public perception. This is because of social media, he says. “Ten or 20 years ago, when someone stole a bike or a package from your neighbor a few blocks away, you probably never heard about it,” he noted. “Today, because of social media you are hyper-aware of crimes not only happening in your neighborhood but in adjacent neighborhoods and across the city.”

But the context Garcia omitted is the world beyond Long Beach. Turns out the decline in crime—particularly violent crime—is not specific to Long Beach’s city limits, but part of a nationwide trend. And, when Long Beach is compared to other big cities, the mayor is guilty, at best, of exaggeration. Despite his claim that “Long Beach is one of the safest big cities in America,” the numbers tell a different story.   And, although Long Beach fares better in terms of violent crime, it still fails to crack the top 20 in this category. Long Beach barely makes the top 10 among the 15 California cities with 250,000 residents.

Garcia went on with his Long Beach highlight reel. He touted the city’s business growth, particularly in the space industry. He extolled the renaissance of the Long Beach airport. He pointed out that Cal State Long Beach has become the seventh-most applied-to college in the country and will soon have a major downtown presence. He itemized the streamlining of various civic functions (e.g., from now on 562-570-5000 is the only number needed to connect to any city department) and he emphasized the importance of all residents participating in the 2020 census.

Finally, Garcia arrived at what he has called his signature issue: homelessness.

“I continue to believe the single largest challenge we face is the statewide homelessness crisis and its connection to housing affordability,” he said, before highlighting “substantial progress” the city is making on this front, “[O]ur city’s first year-round city shelter, [which] opens this summer, a navigation center to assist people with a place to store belongings and get services, our first Safe Parking Program to provide a safe place for people who are living in their cars, and the placement of a clinician in our jail and social workers in our libraries to make sure people experiencing homelessness get the resources they need.

“Our work to end street homelessness will be the defining challenge of the next decade. We are aggressively building both affordable housing and homes for working- and middle-class families. But it’s still not enough, and we are not building fast enough.…Tonight I am asking the city council to pass and adopt a policy that ensures the creation of new affordable homes in every new development across our city.”

Only Garcia knows whether these remarks were made with an eye toward the events of exactly a week earlier, when the city council voted down (by a 5-4 vote) Councilman Rex Richardson’s proposal simply to study the possibility of placing on the November ballot a bond measure to create a 0.025 percent property tax that would generate $298 million for the creation of affordable housing, crisis shelters, homeless services facilities and motel conversion programs.

Garcia closed the event by revealing the city’s strategy for revivifying the Queen Mary, which has been figuratively sinking since long before he took office. “In the 1990s the ship struggled financially and lost a partnership with Disney,” he noted. “And in 2005 the ship’s operator went bankrupt.”

But things began to change in 2016, when Urban Commons took over as operator and leaseholder, instituting “decades of deferred maintenance, renovation projects that were never completed and critical repairs that must be made to preserve and keep the ship structurally sound,” he said.

Noting that a half-century of focusing on turning a profit has been a losing strategy, Garcia said that the path forward is to treat the ship “as a significant historic location and worthy of public investment.” To that end, he adumbrated three initiatives Urban Commons is slated to take: 1) “an economic impact study with Beacon Economics on the impact of the Queen Mary to Long Beach and the region in the next 60 days”; 2) “the development of a Historic Preservation Blueprint, accessible and transparent to the public, that will map out the preservation projects and they will make it available in the next 90 days”; and 3) by fall 2020 “present[ation] of their new ideas and revised plans to the city and public on the development of the surrounding 40 acres.”

As always, Mayor Robert Garcia’s primary aim at his State of the City event was to paint Long Beach in a positive light. But regardless of whether he is looking at the city he loves and leads through rose-colored glasses, there is no disputing the growth taking place on his watch.