The Restaurateurs of Old San P... 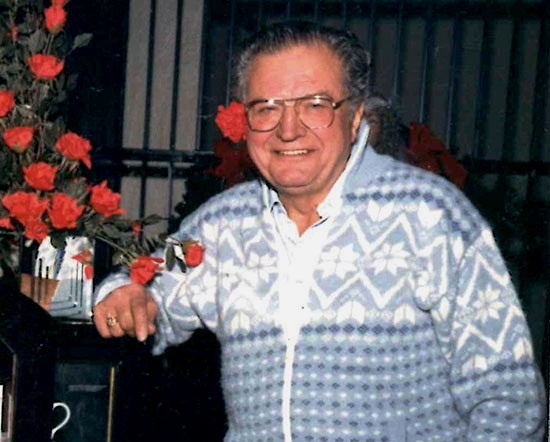 The Restaurateurs of Old San Pedro

The fog held thick against the coast and the roofs dripped with moisture as the young man made his way up 5th Street. He was an immigrant, a fisherman, hoping that this new land would give him a chance. They had told him in the old country to look for Ante Perkov when he got to San Pedro. Perkov was a big-chested man with a deep voice and an easy laugh and he always wore a red carnation over his ear. He said the blossom was “for handsome” but it also made him stand out in a crowd. Ante knew everyone, and more importantly, everyone knew Ante. The emigrant had also come to San Pedro with nothing and knew the struggle of coming to a new country and making it home.

Ante welcomed all to his little café on 5th Street, just up the hill from Beacon Street. If an immigrant had no money, Ante would feed him anyway, and then find him a job, a place to stay, introduce him to a nice local girl and help him become part of the community.

Ante moved his establishment to Palos Verdes Street, inhabiting the space formerly filled by the “Alaskan,” itself an overgrown version of the rough and ready bar.  Ante warmed up the space and made the dining room one of the hot spots of San Pedro.

The bar at Ante’s was also legendary—custom built to accommodate the bartender in the well, on the same level as guests seated on chair-height bar stools. This was thought to be more comfortable for all, but the design gave patrons a shorter fall when dismounting after hoisting a few. Ante’s banquet rooms hosted many parties, weddings, meetings and family events.

Ante’s sons, Tony and Marion, carried on their father’s culinary tradition, both in the restaurant and catering special events, celebrating the community their father’s love and generosity had helped to create. With Tony’s passing, the restaurant has closed, but Ante Perkov’s family is honored on the stretch of Palos Verdes Street now named Ante Perkov Way.

San Pedro was still young when the original “Majestic Café” opened in 1925 on 7th Street above the original Longshore Dispatch Hall. With a good start as a beer bar, the Majestic served wet bean sandwiches on thick slabs of Italian bread, great for soaking up the suds. Roast beef sandwiches dipped in au jus, spaghetti and meatballs, minestrone soup and beef stew completed the menu.

Boilermakers and draft beer were the only libations on offer until a late afternoon “slumming” by Humphrey Bogart and his sailing party. They were looking for cocktails after a cold day on the water, but the bartending skills at the Majestic were limited. The neighboring Norwegian ship chandler was summoned and quickly mixed a batch of Manhattans, saving the day for Bogey and his buds, and launching the fine cocktail tradition still enjoyed at J.Trani’s Ristorante.

Filippo Trani started the Majestic, his sons carried on and now his grandson and great grandson keep the tradition alive. Filippo is remembered every day as patrons enter J.Trani’s Ristorante and rub the nose of his bronze portrait in the entry for luck. Filippo’s son, Jim, brought the Majestic Café into the modern day with J.Trani’s Ristorante, located in the original, “Peppy’s” on 9th Street.

Jim’s son, Jim and grandson, Dustin, now run J.Trani’s and plan to open a new restaurant in addition at the old Canetti‘s location on the docks at 22nd Street. J.Trani’s menu is almost a century ahead of those wet bean sandwiches, though the minestrone soup is just as fine, and the roast beef sandwiches still contain the best beef, on slabs of fresh Italian bread.

Chef Dustin is serving cutting-edge cuisine, taking advantage of fresh local seafood for daily specials. Dustin and Jim are cold-smoking local swordfish for carpaccio that is phenomenal. Shishito peppers on the appetizer menu would be a surprise to Filippo, but do not miss this scrumptious treatment. Thin crust pizza is a Trani specialty, with the unusual pear and bleu cheese joining the regular margarita and it is delightful. (What local L.A. County Supervisor is sometimes seen enjoying Trani’s pizza at that little booth in the bar?)

J.Trani’s has been solving appetites for just short of a century and its collective memory spans the modern history of San Pedro, the development of the port and the evolution of the community. The Majestic Café was witness to the infancy of the ILWU, the heavy presence of the Navy and Merchant Marine, and the golden age of the fishery and canneries. The smell of marinara sauce on the breeze is the aroma of San Pedro.

Restaurateurs are the historians and the keepers of the flame in a community. San Pedro has been blessed with ethnic diversity as well as a temperate climate. Croatians, Italians, French, Japanese, Norwegians, Mexicans and many others came to San Pedro because it seemed like home. All brought their culinary traditions and gardening customs. Because of them, San Pedro is a delicious home!