Watergate Or: How We Stopped a... 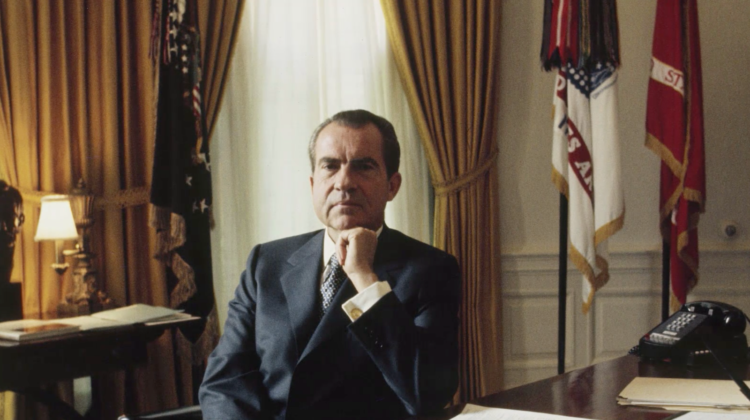 Watergate Or: How We Stopped an Out of Control President

Director, Charles Ferguson’s film, Watergate Or: How We Stopped an Out of Control President, is all just a little too familiar at this time in Americn consciousness.

Ferguson has taken a deep dive into all the workings of the Watergate scandal, the break-in of the Democratic National Committee headquarters at the Watergate Hotel and the Nixon Administration’s subsequent attempts to cover-up its involvement in the crime which sent over 40 people to jail. Through this retelling with key players and dramatic reenactments, Ferguson provides a comprehensive view of the former president’s personal psychosis and the events that led to the articles of impeachment and subsequent resignation of Richard Nixon.

In a Democracy Now interview with Amy Goodman, Ferguson was asked to identify what was most important, especially for young people, to understand as we look at what’s happening today. Ferguson said what surprised him was the degree to which the successful resolution of the Watergate scandal depended on the unbelievable courage and commitment and high ethical standards of a relatively small number of people.

Ferguson has said that the events of 2016 [around the election] were quite shocking and made him change the nature of the film considerably. To make the political thriller he wanted to, like a real-life House of Cards would not have been appropriate. But as events progressed, it became clear he had to make a different film, that showed what Watergate was like, but that also showed how the system works, and doesn’t work, when there’s a true constitutional crisis in the United States.

At just over four hours in length, the film remains compelling. Ferguson has created an absorbing, acute retelling of events. He provides a narration that keeps you on the edge of your seat and a clear line to follow the increasingly strange and illegal events Nixon and his team orchestrated. It’s remarkable to note we also see members of Nixon’s own Republican party who in due course put country before party— a clear distinction from the corporate owned representatives of today.

Key players we see in the film include Washington Post reporters who broke the story, Bob Woodward and Carl Bernstein, CBS White House correspondent, Dan Rather, and Leslie Stahl, White House council, John Dean, and then White House assistant and speechwriter Pat Buchanan. We also hear from advisors to Henry Kissinger: Daniel Ellsberg, a US policy advisor and activist and Morton Halperin, from the National Security Council of the Defense Department among several others.

The United States, not unlike now, was embroiled in divisive times. But today, few members of Congress  — Democrat or Republican— have any real integrity. Republicans have a commitment to exonerate a president who has repeatedly broken US law and violated the US constitution. Democrats are content with using a low-fi impeachment process to win an election rather than remove a sitting president of multiple crimes. The closer we get to the 2020 general elections, Ferguson ‘s film shows just how different today is from the Watergate era on integrity alone.

This documentary series is important, not only because of the similarities between the two presidents but psychologically, we are reliving Watergate —  almost on steroids. News and information comes at us all day every day versus just on the nightly news or in the newspaper as in Nixon’s time. President Trump may befall the same fate of impeachment. The nation is deeply divided in its support of him. People are demonstrating on the streets again, we are still at war and American troops now have a presence in multiple war zones. In addition to batons, police now attack activists with tear gas and this administration is actively trying to criminalize the right to assemble.

With all of this and the benefit of an educated understanding, it’s as if you are watching this film in real time. In a sense, we are.

You can watch episodes on the History Channel, available in the Vault: