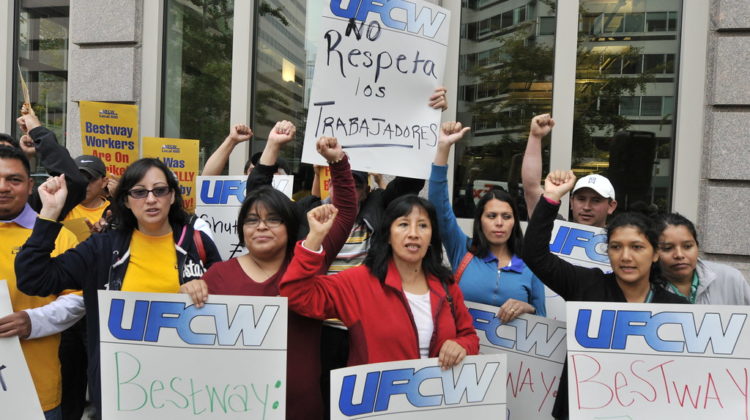 Forty-one misclassified XPO Logistics port and rail drivers  recently filed $2.3 million in wage theft claims with the California Labor Commissioner demanding for  management to hand over their payroll records to which they are entitled to as employees and mandated under California law. These drivers haul cargo for Toyota, BMW, Sony and have won misclassification decisions against XPO Logistics finding them to be employees. These drivers recently won a $800,000 misclassification judgement, yet XPO continues to misclassify their drivers. In light of this, these drivers are joining their coworkers in filing new claims for unpaid wages and meal and rest break premiums.

Misclassification of workers as “independent contractors” is a hot topic with the passage of California’s Assembly Bill 5 (AB 5) and subsequent push by U.S. corporations like Uber, DoorDash, and XPO Logistics to undermine the law so they can continue to dodge payroll taxes and increase profitability by exploiting their workforce. Long before AB 5 was introduced in the California Legislature, port and rail drivers have consistently been proven to be employees under the current laws, yet deep-pocketed companies like XPO Logistics have continued to flagrantly break employment, labor, and tax laws by persistently misclassifying their port and rail drivers.

United Food and Commercial Workers at Albertsons and Vons accepted a contract but 200 members at Ralph’s rejected it.  The three chains have 600 pharmacists.  In September a contract agreement was reached between 60,000 Southern California grocery workers.

Local 3299 represents 26,000 UC employees ranging from cooks, custodians, truck drivers, technical employees, radiology and respiratory therapists, technicians, etc. Over the past five years the number of AFSCME represented employees has grown significantly while management has expanded contracts to outside vendors at lower wages.

“The outsourcing problem has been around the University for years,” said Monica De Leon at UC Irvine Medical Center.  “We’ve mostly seen it in service units but in the past year it’s come into patient care areas too.”

More than 1,700 workers from eight unions at the copper complexes went on strike October 13 after voting by 77 percent to reject the company’s “last, best and final” offer. Asarco’s proposal left “two-thirds of the workers without any pay increase for the next four years,” Terrazas said. Most workers have not had a wage increase in 10 years.

“The support’s been nonstop,” Alex Terrazas, president of United Steelworkers Local 937 and a utility worker at the Mission open pit mine, told the media. “The best has been the tons of common people coming by to drop off food or just hang out with us on the picket line.

Members of the teacher’s union, the nurses’ union, and the Pima Area Labor Federation, as well as the sheet metal, carpenters and machinists’ unions have donated food and money as well as walking the picket lines, which are up around the clock.

And that’s on top of Asarco’s demands to freeze pensions — which had been slashed for new hires in 2011 — and jack up the cost of health insurance. “When you add it all up, we would be taking a steep pay cut,” he said. Similar attacks are faced by millions of workers in industries across the country.

The strike has forced Asarco to shut down its smelters in Hayden, Arizona and Amarillo, Texas.

Some union members have been talking to the scabs. “Some workers have been asking about coming back out. Their conscience is eating at them,” he said.

The Pima Area Labor Federation has set up a food pantry for the strikers at the International Brotherhood of Electrical Workers Local 570 hall in Tucson. The IBEW organized a solidarity day at the Mission and Silver Bell Mine picket line Nov. 13. The Arizona AFL-CIO is urging everyone to “stand in solidarity with our brothers and sisters on strike against Asarco and Grupo Mexico!”

The company is owned by Grupo Mexico, which owns mines in Mexico, Peru, Argentina, Chile, Ecuador and Spain. It reported a profit of $1.3 billion in 2018.