The Stuff of Legends 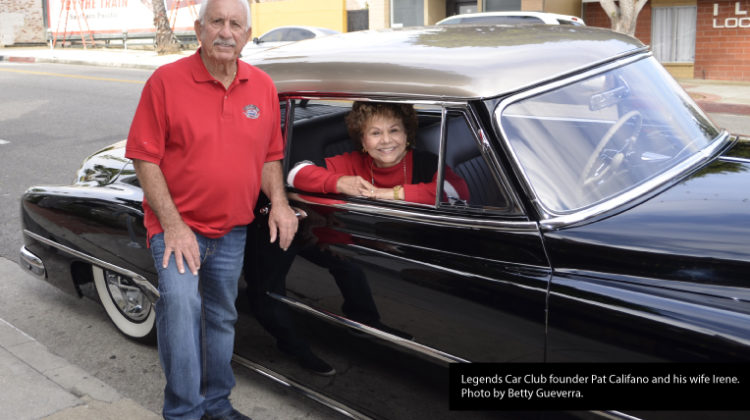 The Stuff of Legends

The Legends Car Club is a classic car club known for its annual Car Show By the Sea and raising thousands of dollars for charitable organizations throughout the Harbor Area.

The club’s founders, David Lomeli and Pat Califano started the club in 2002 with the intention of giving younger generations a glimpse of the San Pedro in which they grew up, while also supporting local charities.

To navigate the permitting and insurance process to host such major events intended to benefit local charities, nonprofits like the Legends Car Club could count on the District 15 council office for help. The Legends Car Club was able to do just that— until 2016.

For years, Car Show By the Sea drew more than 4,000 spectators to San Pedro’s Point Fermin Park to enjoy a view of the ocean and classic cars. The show raised funds by charging more than 500 participants — some from as far away as Texas and Oregon — $40 to display their retro rides for the day. The sum collected from all of the displayed cars, along with food and clothing sales by vendors, was distributed among a plethora of community organizations.

Harbor Interfaith, Little Sisters of the Poor, Clean San Pedro and the Boys and Girls Club were among those to see a piece of the pie.

Before 2016, the Legends paid around $3,000 to the Department of Recreation and Parks to rent the park grounds of Angels Gate and conduct the event. That was reasonable because the profits of the event would amount to as much as $20,000 in some of its best years.

In a 2016 meeting at the Los Angeles Police Department Harbor Division office, the Legends encountered novel exorbitant fees demanded by heads of the city entities responsible for overseeing community events. Car Show By the Sea saw the first loss in its history.

The Los Angeles Fire Department was always present to respond in case of an emergency. For 14 years, they enjoyed the show with civilians and provided their services in exchange for meals. In 2016, they charged the Legends $1,200.

Appointing private security in the past shows, in 2016 the Legends were required to hire city-authorized security, upping the cost from $400 to $1,350.

These city departments were aware that Car Show By the Sea is for charity. Nevertheless, the prices stayed intact.

Previously, this event did not require the closing down of any San Pedro street. At a 2017 meeting with the LAPD Harbor Division, then Sgt. Catherine Plows asked the Legends to acquire a Bureau of Street Services permit — street closures authorized by the city for special events.

Bureau of Street Services is a city entity that provides event organizers with the cost of LAPD patrol officers, vehicles and fire trucks that would be needed for the event. The organizers pay the cost and continue with the event.

However, the permit is approved only if 51 percent of street residents or businesses sign the petition.

Due to the throng that the annual show brought to the Point Fermin area, the people living on Paseo Del Mar street were not going to sign the petition; that much the Legends Car Club and Sgt. Plows knew.

“We never had to close off the streets before 2017, why all of a sudden?” said the Legends Car Club President Mark Tippett.

“The BOSS [Bureau of Street Services] permit would cost us about $8,000 to pay for all the cops that Sgt. Plows requested. We would have nothing left to give to our charities, and that’s the goal of the whole event.”

The Legends, being a 501(c)(3) organization, could’ve received help from the 15th council district office in order to waiver or reduce the cost of the bureau permit, but they didn’t.

Plows, who heads the Harbor Division’s  Community Relations Office, said Los Angeles was losing money and had a full cost recovery policy floating among departments responsible for handling community events. She said that all organizations, whether they are nonprofit or not, stopped receiving financial help from the city to reduce special event permit fees.

“We love the Legends and what they do for San Pedro,” Plows said. “When Janice Hahn was councilwoman [15th District], the Legends received help with these fees. But in 2015 and 2016, Car Show By the Sea started to outgrow its venue. We started finding open cans and alcohol everywhere, so we asked them to get a bureau permit. That would bring out 60 LAPD patrol officers to actually enforce the law. They weren’t used to such fees and were unable to understand that it was, and still is, the new city requirement.”

The full cost recovery policy was initiated in 2008 at the start of the last recession when the city was staring down the barrel of a $400 million budget deficit. The city’s leadership reviewed all departments, programs, and services to ensure departments were achieving full cost recovery through fees, fines and penalties. What was not made clear by either Ferguson or Plows was what could be done if the Legends scaled back the size of the event to pre-2016 levels.

Nevertheless, the Legends Car Club decided against acquiring the bureau permit, due to the heavy estimated costs of up to $10,000. Without city-help, the Legends determined they wouldn’t have a dime to give to charity. That was the end of the 15-year-old Car Show By the Sea.

“These charities are the ones that lost,” Califano said while pointing to a long list of organizations that continue to receive their donations today. 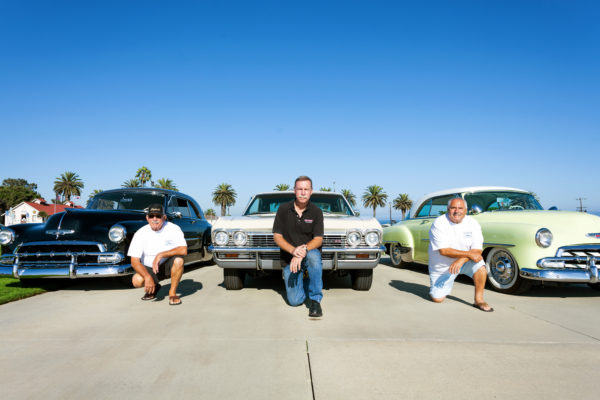 Hopes for a Revival Crash

In hopes of reviving Car Show by The Sea, the Legends had a meeting with 15th District Councilman Joe Buscaino in January of 2019. The car club asked for reduction of fees by pleading that the event is for charity. Buscaino assured help and urged the Legends to proceed with submission of paperwork to Point Fermin Park, and the Department of Recreation and Parks, before returning to his office.

They complied, gathering information about the staff, estimated amount of spectators, number of display cars, proof of insurance on those cars — all of the paperwork asked of the Legends.

In April, Point Fermin Park Director Joseph Stackhouse sent the Legends an email citing a new city law that prohibits the parking of vehicles on park grass. Stackhouse couldn’t provide the date that this policy was put in effect.

“For 15 years, we never had a problem,” Califano said. “We have been parking on grass and hosting this event since 2002, and now they tell us there is a new policy that we can’t park on grass anymore.”

Just when the Legends sought financial help from the district office, a new law was put into action. Tippet has called Buscaino’s office several times since that email to inquire about the new policy. He has not heard back from him yet.

From the deficit in 2016 to the unfathomable sum required for the bureau permit in 2017, the Legends Car Club is left yet again with the feeling of charity work in San Pedro being harder than it should be.

Califano keeps a heavy three-inch binder full of thank you letters from organizations that have received donations from the Legends since their foundation. The letters go as far back as 2002, and have empty sheet-protectors in the 2019 tab — to be filled in with new letters of appreciation.

Six members of the Legends Car Club have died since its foundation in 2002. They would’ve never thought that their biggest event, Car Show By the Sea, would see an end, but that is the reality.