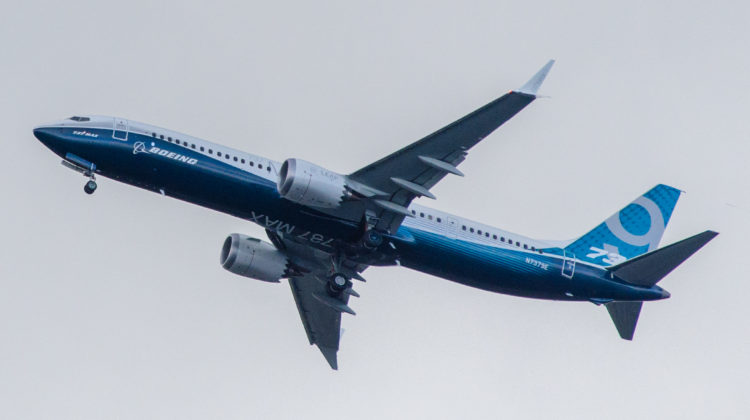 The verdict, delivered Nov. 4, is a blow to the International Longshore and Warehouse Union and Local 8, the Portland chapter,  and follows two weeks of a federal civil trial. The jury found that the union engaged in unlawful labor practices at times between Aug. 14, 2013 and March 31, 2017. The jury also found those labor practices were a major factor in causing damages to ICTSI.

In a released statement, the ILWU International President William Adams noted that a verdict against the union was not unexpected, but maintained that the damages awarded were unmerited in light of ICTSI’s own mismanagement of the container terminal, which led to its failure.

“The ILWU attempted to settle the case, but ICTSI’s goal appeared to be “union-busting on a global scale,” Adams said.

“While we respect the process, we disagree with the excessive damages award of $93 million, which supposedly compensated ICTSI for lost profits and some additional costs for a five year period. The award is not supported by the evidence but rather is based on pure speculation and is several multiples of what ICTSI projected it would make during that same time period. We believe the jury’s damages award is inconsistent with the evidence, and we will raise these concerns with the court, and, if necessary, on appeal.”

The jury determined 55 percent of the award must be paid by the ILWU and 45 percent by the local Portland chapter.

Being about 100 miles upriver from the coast, Portland had it tough compared to the larger ports at Seattle and Tacoma, Wash. Some argued that the local labor strife proved not to be worth it to the carriers.

ICTSI, a subsidiary of a Philippines-based company, formerly operated the Port of Portland’s container terminal. The lawsuit stems from a labor dispute between ICTSI and the union in 2012 when ICTSI became a signatory to a labor agreement with the ILWU but refused to assign all of the work covered by the collective bargaining agreement to ILWU-represented workers. The labor dispute was quickly decided in ICTSI’s favor by the National Labor Relations Board and later in federal court, while labor management relations at Terminal 6 worsened for unrelated reasons.

Since ICTSI’s departure, the Port of Portland has resumed operating Terminal 6 in partnership with the ILWU, and the ILWU and the port are working together to bring new business and container services to Terminal 6.

The two most recent Boeing 737 Max crashes, the Oct. 29 2018 Lion Airflight 610 in Indonesia and the March 10, 2019  Ethiopian Airlines Flight 302, provide a tragic illustration of what happens when companies are put in charge of overseeing the safety of their own product. The crashes killed 189 and 157 people respectively.

Investigations by regulators and prosecutors over the past year revealed a three-year-old internal Boeing survey which found that “one in three employees felt potential undue pressure” from management regarding their concerns.

Engineers played dual roles, designing systems on behalf of the plane maker and certifying the same systems as safe on behalf of the Federal Aviation Administration. This is part of a decades-old agency program that effectively outsourced regulatory work to company employees.

According to a transcript of internal messages reviewed by the Wall Street Journal, company pilots involved in the development of the 737 Max said that Boeing test pilots were “so damn busy and getting pressure” from the program officials overseeing the aircraft’s development that they lack sufficient time to help sort out technical issues from the aviators.

This is the second Boeing cover-up of putting profits over safety measures. The prior incident involved a horizontal tail failure in the 2000 Alaska Airline Flight 261 crash 11 miles north off the coast of Port Hueneme in Ventura County. The crash killed 93 passengers and crew members. Boeing memos, reported The Seattle Times, acknowledged that they would rather pay the families of victims on occasional crashes, than spend $80,000 examining and repairing or replacing these defective parts on more than 1,000 planes. The FAA had accepted Alaska’s decision to inspect and grease the part less frequently.

The National Transportation Safety Board found that Alaska’s failure to properly lubricate and check the jackscrew for wear directly led to the plane’s crash. A criminal investigation did not lead to charges even after the board posted its findings.

The mechanic, John Liotine, who blew the whistle on the airline,  and whose recommendation that the jackscrew be replaced on these planes was overruled, was fired by Alaska. Subsequent mechanics who have had the nerve to expose the airline’s cavalier attitude toward safety and maintenance have lost their jobs.