Welcome to the Age of Fire 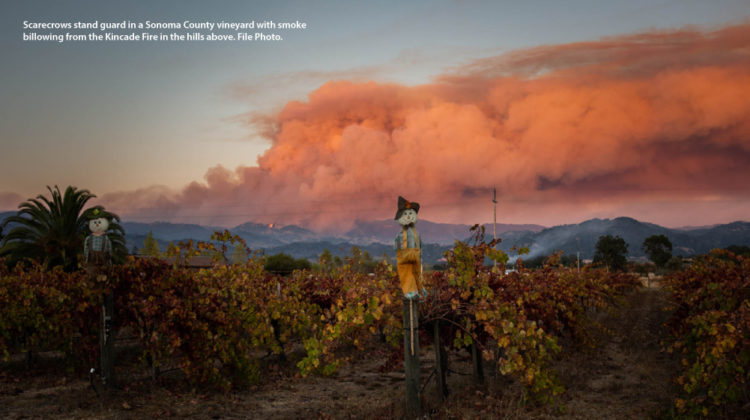 Welcome to the Age of Fire

“We might rightly speak of a coming Fire Age equivalent in stature to the Ice Ages of the Pleistocene,” fire historian Steve Pyne wrote in late August.  “Call it the Pyrocene.”

Since then, California has experienced yet another late fall wildfire wave to underscore his point. Neither the acreage nor the death toll matched last year’s horrific levels, but the quick succession of dangerous blazes in wine country and the Los Angeles area—the Palisades Fire, the Tick Fire, the Getty Fire and the Easy Fire — left the vividly accurate sense that no place in California can be considered safe from the threat of fire. Once again, California is a harbinger of things to come: Welcome to the Fire Age.

“This is not going to go away on its own or get better,” climate and wildfire scientist LeRoy Westerling told Random Lengths News, when asked for the most important lessons from the fires this year. “This was a relatively cool summer in California compared to recent years, but that didn’t matter,” he said. “We still get these really extreme fire seasons in the fall.” The driving forces are “not just higher temperatures drying things out more, which is part of it, of course. It’s also changes in the timing of fall precipitation,” he explained.

The entire West has “a very highly variable precipitation regime” he notes, which climate change only makes more variable. The failure to get fall precipitation when expected extends California’s fire season into late fall wind season. “The combination of those fuels that are much drier and those winds, and higher temperatures has been pretty catastrophic for fire over and over again,” he said.

As for old lessons we still haven’t learned, “We can’t keep going back and rebuilding like things were before and expect a better result in our communities,” Westerling said. “How we built them, where we built them is predicated on an understanding of risk that is no longer correct.”

“We’ve got communities that have been rebuilt recently after some of these fires that are being evacuated again, the same people,” he noted. “You cannot relax the regulations, make it easier for people to rebuild. If anything, you’ve got to do the opposite, force greater resilience against fire,” not just at the individual building level—building material and building codes—he said, “but how those houses are arranged on a landscape.”

Rebuilding with lax standards is “a misallocation of resources,” he said. “You’re not taking the destruction as an opportunity to rebuild something new and more resilient. You’re wasting your time and resources. It’s going to happen again.”

Similarly, at a policy level, Westerling said we need to “flip the script”: instead of doing “a scenario analysis where we project our problem into the future” and then trying to fix it, “we need to start talking about what kind of future can we envision, a positive future… 2050 or 2075, pick a date and then work backwards from that. Say, ‘How do we get that positive vision?’”

It needs to be realistic in terms of technological constraints, “But I think it’s time for a positive approach and say, ‘You know what? We want healthy communities that aren’t blanketed in smoke for a significant part of the year, and where we’re not sitting two hours or three hours a day idling on the freeway trying to get to from the most affordable housing we can buy for the job that we have.”

Working back from that future, he said, “We need massive investment in rapid transit. We need affordable housing closer to our work. We need walkable cities. We need to start reducing the wildland-urban interface instead of expanding it. We need to be able to manage vegetation to reduce the risk of these really high severity fires,” This generates a new set of questions: “Where is all that investment going to come from? And how do we build that future?”

California is generally seen as moving its policies in the right direction, “Yet we see how the federal government can become a really big impediment,” Westerling said. “So, then the question arises how sustainable are our policy initiatives at the state level?” Relatedly he noted how, “The new governor, who everybody thought was  going to be so environmentally progressive compared to the last one, canceled the high-speed rail [in part due to loss of federal funds.] That’s exactly the opposite of what we need to be doing in California,” he said.  “Saying it’s expensive isn’t saying much. Building a highway is super expensive too.”

One helpful way of thinking differently to come up with solutions is the ecosystem services approach, based on recognizing the enormous economic value of natural systems.

“If we can quantify the risk and benefits around how we manage the landscape, it raises the opportunity to raise private capital to invest up front in things like fuels management (controlled burns, thinning, etc.) in return for a stream of payments from the people who are benefiting from fuels management,” Westerling said.

Presently, state and federal funds have been allocated for this purpose, but adding this source of private capital “could bring to bear a lot more resources in a short period of time…to help transform the landscape now.”

Similarly, there’s been a massive loss of fire insurance recently. “Insurance companies don’t know how to quantify the risk moving forward,” based on traditional approaches, Westerling said. But he has academic colleagues involved in two different insurance startups bringing much more science into the assessment process. “There needs to be more of that, we need [to] more precisely quantify how risk is changing, so we can make these markets function.” Without such innovations, the future of millions of California homeowners will be at risk—not just directly from fire itself, but just from the risk of it.

Finally, Westerling said, we need to develop the capacity to move forward without national leadership. “The answer has to be a public dialogue about ethics and personal responsibility and reality—and not something around the personalities of Trump or Nancy Pelosi or any particular politician. It’s about our neighbors,” he said.

We see countless heroic acts of civic cooperation whenever a major fire occurs. We need that same spirit to become our baseline to survive the Age of Fire facing us.