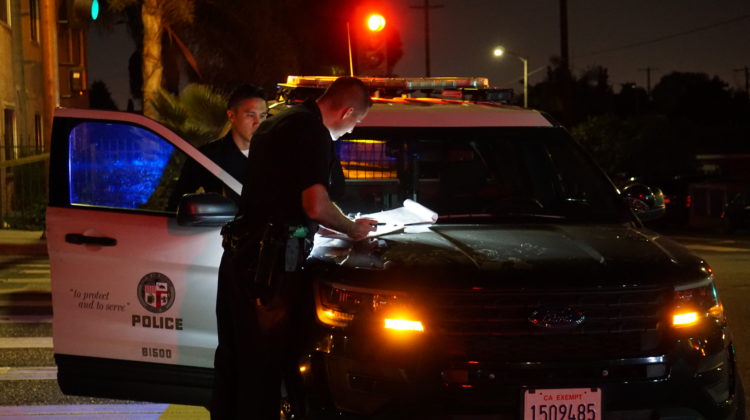 One man is dead after a shooting in Harbor City.

Police responded to a report of a shooting at 252nd and Normandie a little after 6:30 p.m. on Oct. 30. When they arrived at scene, police found the victim, 35-year-old Joshua Allen Pitts, on the sidewalk, suffering from a gunshot wound, with several people attempting to render aid.

Los Angeles Fire Department paramedics responded to the location and pronounced the victim dead at the scene.

Officers immediately covered the body and requested a pop-up canopy. Police spoke to witnesses and collected evidence while  Normandie from 253rd to 252nd in both directions. There was no immediate suspect description or any available additional info. 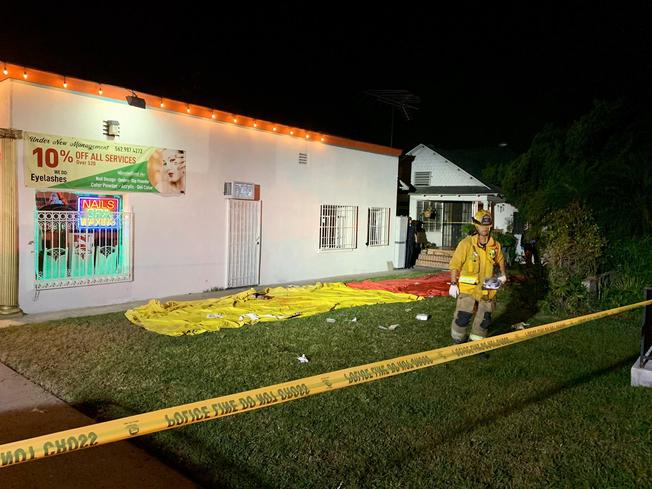 LONG BEACH – Three people are dead and nine others were injured after a gunman opened fire on a Halloween party in Long Beach, on October 29.

The Long Beach Police Department responded  to a call of  a shooting at a home in the Rose Park area on the 2700 block of E. 7th street around 10:45 pm Tuesday night. Upon arrival the first responding units observed 25 to 30 people at the location and directed them to assist each other to safety while officers investigated. The Long Beach Fire Department arrived and declared a Mass Casualty Incident for additional resources to assist in aiding them with twelve victims suffering from gunshot wounds.

Nine of the victims – seven females adults and two adult males – were transported to local area hospital with various gunshot wounds. An additional three adult males were determined deceased to the rear of the location by Long Beach Fire personnel.

The investigation revealed that there was a Halloween party happening at the location when an unknown suspect began firing at the crowd from an alley behind the residence striking the twelve victims.

“This is a tragic incident that is not at all reflective of our community,” said Long Beach Police Department Chief of Police Robert Luna. “We are committed to working tirelessly to bring those responsible to justice and provide the victims with the services they need.”

Nearly 100 Department employees and volunteers responded to assist in working the crime scene, securing the perimeter, and providing support operations. Officers and detectives began canvassing the neighborhood to identify possible witnesses and to seek out surveillance footage that may be in the area

At this time detectives do not believe this was a random act nor is there any indication that it was an act of gang violence, and continue to work diligently to determine a motive for the shooting and gather any additional information.

The Long Beach Police Department is seeking the public’s help in gathering additional information regarding this incident to further the ongoing investigation. We urge anyone who may have information regarding this incident to immediately contact the Long Beach Police Department Homicide Detail Detectives Mark Mattia or Donald Collier at (562) 570-7244. Anyone wishing to remain anonymous may call 1-800-222-TIPS (8477), or text TIPLA plus your tip to 274637 (CRIMES), or visit www.lacrimestoppers.org.

SAN PEDRO  – In an update on the shooting death  of 57-year-old Eric Guillory Sept.17, at the Rancho San Pedro Housing Project, the Los Angeles Police Department’s Harbor Area homicide detectives have obtained video from the surrounding area. The video depicts the suspect vehicles, a black four-door sedan, which appears to be following a gray four-door sedan.  Detectives believe the two vehicles were together based on the video footage that was obtained throughout the area. The attached video clip shows the vehicles turning southbound on Palos Verdes Street from 1st Street in San Pedro moments before the shooting.

Detectives are still seeking the public’s assistance in identifying the suspect(s) responsible for the homicide.

Video of the suspect(s) vehicle go to: www.lapdonline.org**

SAN PEDRO  – The Los Angeles Police Department’s Harbor Homicide detectives are seeking the public’s assistance in identifying the suspect(s) responsible for the shooting death of 57-year-old Eric Guillory at about 11:30 p.m. on  Sept.17 at the Rancho San Pedro Housing Project near 2nd and Centre Streets. Police state that a male Hispanic pulled up in an unknown vehicle, fired several shots at the victim from 2nd Street, and fled the location. The investigation into the shooting is ongoing. Residents at the housing development provided conflicting descriptions of the suspect vehicle and there was no description of the suspects. Detectives do not have any leads as to the suspect’s identity. Anyone with additional information is urged to call Detectives Maffei and Officer Tiffin, Harbor Area Detectives, at 310-726-7882.

Los Angeles County Probation Officers were at the location to deliver an arrest warrant. When they made contact with the suspect inside the house, he confronted the probation officer with a stabbing instrument and a shooting occurred.

The suspect, a 57 years-old man, was transported to a local hospital where he was pronounced dead. There’s no additional information available.

If you have any information about this incident, call Homicide Bureau Investigators at 323-890-5500.