Pepper Tree Plaza May be Used ... 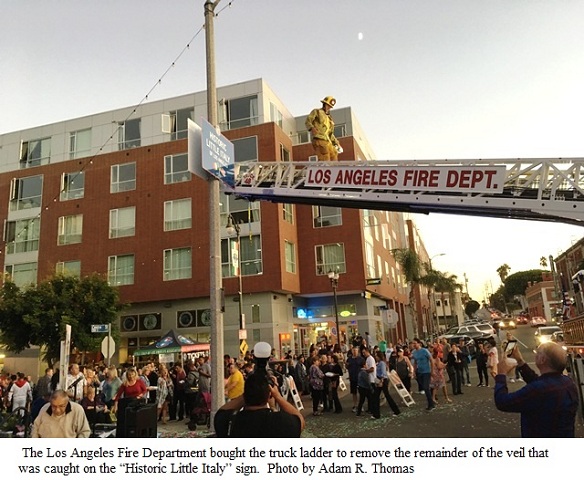 Pepper Tree Plaza May be Used for Italian Heritage Events

Apparently, making Pepper Tree Plaza the cornerstone of San Pedro’s “Little Italy” despite  no known historic geographic connection between Pepper Tree and any thing Italian is is A-OK as long as it serves the purpose for which it is intended.

The City of Los Angeles General Services Department is leasing the nearly 10,000 square foot town meeting place to the Little Italy of Los Angeles Association for five years free of charge. LILAA will be expected to put on several events relating to Italian culture, according to documents on the city’s website.

The lease will require LILAA to have at least one event per month, including four large scale events per year, said Aksel Palacios, Councilman Joe Buscaino’s planning deputy. The plaza will likely be renamed something in Italian to reflect Little Italy.

“LILAA was formed in 2018 to create a central gathering spot to highlight the lives, language, culture and stories of Italians in Los Angeles and they intend to create such experiences at this plaza,” said Tony M. Royster, General Manager for the city of Los Angeles in a letter to the Los Angeles City Council requesting permission to grant the lease to LILAA.

“The point of Little Italy is to bring Italian restaurants, businesses, cultural institutions and programming along that stretch,” Palacios said. There are several generations of Italian Americans that live in San Pedro, Palacios said.

Inside Peppertree Plaza there is already a centennial plaque from 1988, commemorating a time capsule that was buried there. The description says it contains mementos of the diverse cultures of San Pedro.

Palacios said that the historic Little Italy would be north of Gaffey Street, but since it is a residential area, there are not many opportunities for commerce.

Future events for the plaza include the San Gennaro Festival, a 5K race organized in conjunction with Italian Consulate, and a celebration of Italian Heritage Month, said the community benefit analysis from the LA City website.