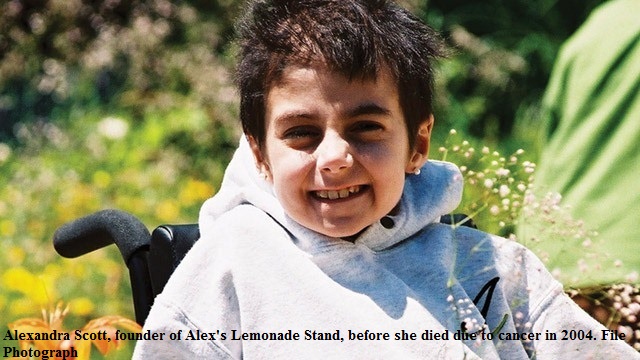 On Oct. 17, the International Longshore and Warehouse Union will host its eighth annual fundraiser for the Alex’s Lemonade Stand Foundation, a charity that raises money for pediatric cancer research. Since its first fundraiser in 2012, the ILWU has raised $565,000 for the foundation, said Dan Imbagliazzo, a former longshoreman with the ILWU. The foundation itself has raised $175 million, and it all started with a 4-year-old girl.

Alex Scott  had just turned 1 when she was diagnosed with neuroblastoma, a cancer most commonly found in children. At 4, she received a stem cell transplant. She told her mother she wanted raise money for other kids with cancer  by having a lemonade stand after she got out of the hospital. Later that year she did, and she raised $2,000.

Alex continued selling lemonade to benefit children with cancer. She raised $1 million before her death in 2004 at age 8. Shortly after, Alex’s Lemonade Stand Foundation was officially established.

Imbagliazzo recounts that the ILWU got involved with the foundation in 2012 while searching for a beneficiary for a fundraiser it wanted to host. While seeking a charity that was above reproach, Alex’s Lemonade Stand Foundation came across its radar. Liz Scott, Alexandra’s mother, came to California from Pennsylvania to help with the first fundraiser.

“We needed to have our hands held because we had never done anything like this before,” Imbagliazzo said. “We were going to have a fundraiser, and I didn’t know how to do it.”

The ILWU raised more than $85,000 from the first fundraiser alone, exceeding its expectations.

“It was a shocker,” Imbagliazzo said. “We were happy when we went over $10,000, then 15, and it kept going. Every time it hit another milestone we were shocked.”

Over the past seven years, the ILWU has raised $565,000 for the foundation, and Imbagliazzo hopes to push the total to exceed   $600,000 at this year’s fundraiser. Local union members, companies and individuals have all contributed to the money they’ve raised.

“Any donation goes directly to the kids; there’s not so much as a cent taken out for expenses,” Imbagliazzo said. He did not reveal how much they spent on the fundraisers.

In 2017, they tried to do a race as a fundraiser, but because it was expensive to rent the park, it was not very profitable, Imbagliazzo said. Now they do a poker tournament as their main event, which is more cost effective.