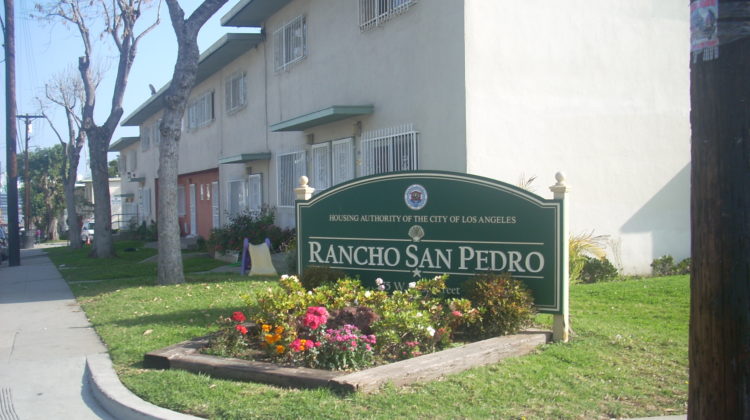 Gentrification in San Pedro: What We Lose

It is no secret that gentrification has been sweeping through Los Angeles for quite some time. From Venice to Highland Park, working class communities across the city have been seeing influxes of redevelopment, wealthy new residents and raises in cost of living for most of this decade.

This wave recently seems to have reached yet another corner of the city: right here in San Pedro. Our gritty port town is finally starting to get with the times: the old shabby buildings, which include some of the oldest in the city — that line its historic streets are  being torn down and replaced with expensive high-rises.

Our waterfront promenade — Ports O’ Call— has been razed to make way for the new “San Pedro Public Market” — a market that looks strangely similar to the touristy waterfronts of San Francisco and Seattle, sans historic buildings. There are even plans to demolish the infamous Rancho San Pedro housing projects and replace them with a mixed-use development.

Yes, it seems that what many only dreamed of is finally happening, San Pedro is finally on its way to becoming a “real” beach community, a place of wealth and prosperity where all businesses and residents will thrive.

So what’s wrong with this rosy picture?

Absolutely nothing if you ask the various developers and realtors backing these projects, or 15th District Councilman Joe Buscaino, who has enthusiastically supported gentrification (a word he notably avoids using in his speeches) in San Pedro since taking office in 2012.

In their many press conferences and booster events they’ve described these changes as harbingers of a golden age for the area, a San Pedro renaissance, if you will. But what politicos and developers alike fail to mention in these optimistic speeches is that this “new San Pedro” will not have room for much of the culture and aspects that make San Pedro the unique community it is. The unspoken truth is that it is not conceived with San Pedro’s current residents in mind — at least, not most of them. Such is the harsh reality of gentrification; it’s a wonderful thing for those with the money to afford the changes, but for the inhabitants whose Pedro  roots run deep, it is quite the opposite.

Before all that happens, it’s worth asking ourselves: What are we missing? And more to the point: What are we going to miss? What parts and aspects of San Pedro will go with the coming of gentrification?

The main streets are lined with small locally owned businesses, which across generations have become the town’s bones and given birth to its soul. San Pedro is a community of color (non-whites account for about 64 percent of the population), and it is a community of immigrants — home to both the original Croatian and Italian diasporas, and more recently, Mexican and Guatemalan immigrants — ethnic diversity that sets it apart from nearby coastal communities like Redondo Beach and Santa Monica. The accessibility of San Pedro’s waterfront — as places to work, to play and to contemplate —isn’t just a statistical analysis. It manifests in the self-expression of its inhabitants manifested in statistics. It comes out in the ways people express themselves. What other beach town had the grit to inspire the music of Mike Watt or the words of Charles Bukowski? What other SoCal waterfront had the kind of cheap motel where dancer Misty Copeland’s mother could shelter her five children — and from which Misty could make her audacious climb to become the first African American principal ballerina in the American Ballet Theatre? Chances are that these iconic artists would have been priced out by huge rents.

But strangely, many in positions of power perceive San Pedro’s accessibility as more of a problem than a blessing. In a 2015 article in the Daily Breeze reporter Donna Littlejohn got Councilman Joe Buscaino’s perspective on the record.  Buscaino was speaking about zoning in San Pedro, when he said: “When my predecessors back in the day rezoned the San Pedro area, it killed the whole notion of this being a seaside community… You saw a number of apartments and affordable housing units come in, which were needed at the time but also a number of social services and agencies that came in…”