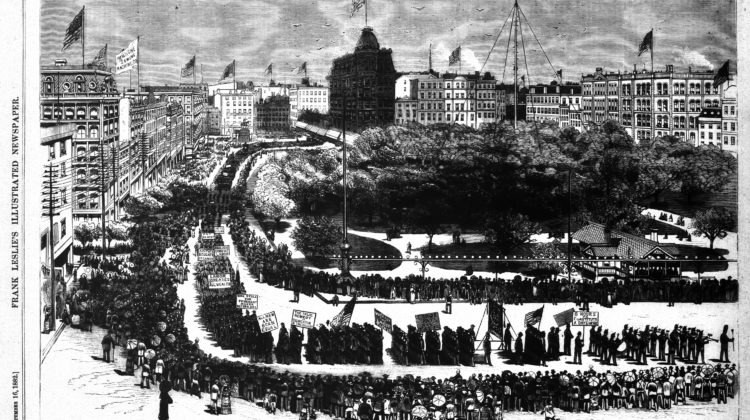 Labor Day is a fitting time to assess the state of the labor movement, and 2019 has clearly been an interesting, if not contradictory, year for labor in the United States. Strikes and job actions throughout Los Angeles and the nation represent an uptick in labor’s actions to regain concessions that have reduced workers’ buying power, benefits, safety on the job, pensions and the decreasing percentage of U.S. workers organized into unions.

The most important labor mobilization was the strike of tens of thousands of United Teachers Los Angeles organized teachers and supporters from local and national unions. Working people responded positively, recognizing  the decades of attacks on teachers’ salaries and benefits, and above all, the deterioration of conditions in the schools and increasingly unjustifiable and unconscionable student class size. This first UTLA strike in 30 years demonstrated broad community support for teachers’ demands in spite of efforts by school Superintendent Austin Buetner, L.A. school board and politicians of the Democratic and Republican parties to denounce teachers “as hurting students.” The tens of thousands of teachers picketing daily at all schools (with virtually no scabs!) and mass citywide rallies, scared L.A. rulers and pointed the way forward for future labor victories.

Teachers won important demands, but their successes were limited by the pressure from anti-union members of the  Democratic Party, Gov. Gavin Newsom, L.A. Mayor Garcetti and the refusal of the UTLA leadership to hold out “one day longer” to win considerable reduction in class-size.  The ranks were solid to stay out, but the leadership capitulated.

Following the strike, UTLA teachers and parents at the Catskill Elementary School in Carson took the unions’ opposition to co-location of private charters on Los Angeles Unified School District campuses and fought against Ganas Charter. Their unity and determination forced Ganas to retreat in spite of minimal support from top UTLA officials.

Actions by fast food, city and service workers in many cities won a minimum wage of $15 an hour, even as their buying power continues to decline over their multi-year wage progression.  But no union has taken the lead in attempting to organize them, which is critical to guarantee a higher standard of living. Initiatives in some cities by Walmart, Amazon, Uber and Lyft workers are the hint of future rank-and-file organizing efforts.

Some of the 46,000 members of the United Food and Commercial Workers Union are fighting against the major grocery chains that offer a laughable 1 percent wage increase, higher medical co-pays and benefit cuts, job classification changes with pay reductions.

Similarly, 80,000 Kaiser Permanente workers voted to strike in October for higher wages, better care for patients and against major cuts on new employee wages and benefits.

Let’s mobilize for them as we did for the teachers! Let there be a clarion call for the entire labor movement to mobilize in action, in deeds, in mobilizations and not just words, which has been the norm emanating from the Central Labor Council, to back these workers. Their fight is ours too.

Paper resolutions of support, no matter how many unions sign-on, mean nothing unless backed up in action, in marching bodies and on the picket line. This is the overall lesson of the labor movement. We win or lose on the picket line and in the streets and not in the courtrooms or in backroom negotiations making deals with the bosses.

The ILWU, often demonstrating labor solidarity, is facing loss of jobs with port automation, as are other unions elsewhere. We cannot win by opposing automation, but only by guaranteeing workers’ pay, job retraining and most importantly fighting for a shorter work-week with no cut in pay to spread around the available work.

The ongoing fight by immigrant workers, for amnesty, to organize into unions, has been an inspiration like the recent protests in more than 700 U.S. cities. There is less anti-immigrant sentiment, less racism and less sexism now despite the pronunciations from Trump in Washington giving voice to a small minority. In times of economic crisis politicians always scapegoat some of us blame us for their problems.

Coal miners are once again showing the way in blocking coal trains to demand back pay, protests against the loss of black lung benefits. Unionized miners are now the smallest percentage in coal country in 75 years. Washington is taking advantage of this to try and eliminate federal black lung benefits… And the United Mine Workers of America, UMWA, has the potential of organizing the scores of nonunion mines nationwide.

Even Los Angeles Times columnist Michael Hiltzik comments Aug. 8, in  Labor Has Its Work Cut Out For It that organized labor in the U. S. is sounding a terminal death rattle or showing signs of a resurgence.” Hiltzik points to the huge tax cut for the rich, but no increase in the federal minimum wage ($7.25/hour).

“Opinion polls show that an overwhelming majority of Americans favor a higher minimum wage, paid sick days and paid family leave, but they’re not happening at the federal level because organized labor’s voice is drowned out by the money and political clout of corporations,” Hiltzik adds.

Hiltzik also noted that Donald Trump’s promises to help workers (millions of whom voted for him on that promise and to “drain the swamp”), have only proved to be empty rhetoric.

While this is true, we can NEVER compete with corporations financially in lobbying/buying politicians; it has been labor’s subservience to the boss-controlled Democratic Party especially, to provide the foot soldiers and money for their big business backers (not that the Republican Party isn’t also) that has tied our hands as a class.

For the next year labor officials will demand we support the candidate of the Democratic Party, that we contribute tens of millions of union dues hoping to elect “labor friendly” politicians.

But doesn’t history show us that regardless of which capitalist party is in power, workers heads are on the chopping block? Our standard of living and job safety are attacked, our wages don’t keep up with inflation, medical co-pays increase, Social Security is rarely increased, voting rights are gutted, abortion rights are assaulted and they use anti-immigrant racist and sexist sloganeering and scapegoating to divide us. Further, they take us to war around the world to defend the interests of the oil companies and other corporations. They blockade Cuba that has chosen a socialist economy, or Venezuela that won’t submit.

Imagine how much more powerful and successful labor would be if we had our own party, a Labor Party, based on the trade unions that would elect workers to public office putting the weight of millions of unionized and non-union workers, Blacks, Latinx, immigrants and youth into the political arena for our benefit — our party, not theirs.