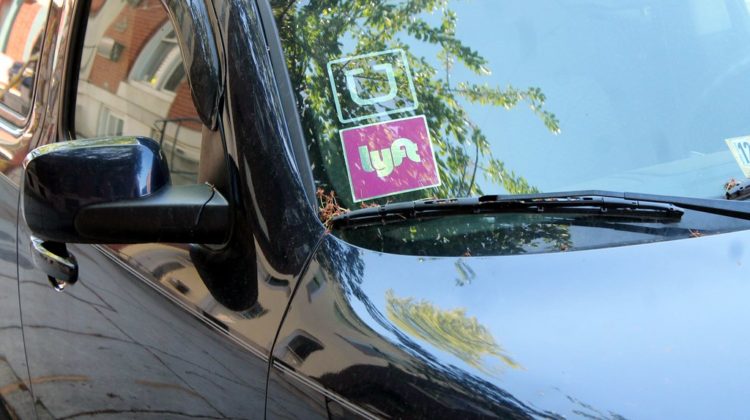 A revolution in workers’ rights protection is close to becoming reality, in the form of AB 5, which would put an end to widespread worker misclassification that strips millions of workers of their rights as employees. It has national implications and has been endorsed by presidential candidates Sens. Bernie Sanders and Elizabeth Warren, with a final vote expected by Sept. 13.

AB 5, which passed the State Assembly overwhelmingly in late May, codifies the California State Supreme Court’s Dynamex decision that established a simple, straightforward “ABC” test of whether a worker qualifies as an employee, along the same lines that port truckers have been arguing and winning protections for most of the past decade.

“There’s still work to do,” AB 5’s author, Assemblywoman Lorena Gonzalez told Random Lengths News. “But we are confident that over the next month we will get AB 5 to the governor’s desk. We have an opportunity to lead the way in protecting the future of workers, and the country is watching.”

“AB 5 is effective because it is straightforward and simple: It makes full ‘employee’ status the default under state law, which will automatically protect millions of workers,” Warren wrote in Aug. 14 endorsement op-ed in the Sacramento Bee.

“The Dynamex ruling was a moral proclamation by the state’s highest court with a message that rang loud and clear: enough is enough,” Gonzalez told the Senate Committee on Labor, Public Employment and Retirement prior to its 4-1 vote of approval on July 10. “We cannot sit by while companies pass off their own costs of doing business onto California’s taxpayers and responsible businesses, while depriving millions of workers of the labor law protections that they are rightfully entitled to.”

After passing the Assembly, it faced fierce and deeply deceptive opposition from gig companies—most notably Uber and Lyft—but has survived with only modest modifications, which were entirely expected in advance, due to complexities and contradictions in labor law, particularly in specific niches such as emergency room doctors. A final Senate Appropriations Committee vote is expected on Aug. 30, with a floor due by Sept. 13.

“We never expected that what went into print originally was going to be the bill we ended up with,” Steve Smith, communications director for the California Labor Federation told Random Lengths. “We’re engaged in a process all along to talk different industries, different businesses, to try to figure out if there are any unintended consequences to the Dynamex decision that we should be concerned about.”  He noted, for example, realtors and insurance agents, as well as emergency room doctors.

“So we’ve continued to have those discussions along with the author, the Chamber of Commerce, with businesses, with others, but we’re at the point right now where I don’t think there’s going to be many exemptions made,” Smith said. “There might be a few more amendments made prior to the Senate vote, but I think we’re getting toward the end of that process.”

While the trend of treating workers as independent contractors has been ongoing for decades, gig companies have made it foundational to their business models. As reported in June, their role was described in recent report from the National Employment Law Project, “Rights at Risk: Gig Companies’ Campaign to Upend Employment as We Know It.”  The report described “a far-reaching, multi-million dollar influence campaign to rewrite worker classification standards for their own benefit—and to workers’ detriment.”  Their goal is the exact opposite of AB 5: specifically exempting companies from labor law jurisdiction—known as “carve-outs”—starting with ride-sharing companies, and expanding the scope of carve-outs to eventually encompass most or all of the service sector and more—such as construction.

“Gig companies are simply using newfangled methods of labor mediation to extract rents from workers and shift risks and costs onto workers, consumers, and the general public,” the report explained. “This recognition helps to debunk a narrative put forward by gig companies that their ‘innovation economy’ represents an inevitable future of work that must be protected and nurtured exactly as is, at all costs, lest we foil our economic destiny.”

This narrative was central to how Uber and Lyft sought to gain exemptions from AB 5, deceptively arguing that it would mean the end of flexibility for its workers, and using that threat to rally their support. It was part of what Smith called “an all-out disinformation campaign to defend their illegal business models and kill legislation that would protect workers” in a July blog post.

“Uber’s argument on flexibility is clearly a red herring,” Smith told Random Lengths. “Flexibility is entirely up to the employer, it has absolutely nothing to do with employee classification,” he explained. “So they’re using this argument of flexibility to scare drivers.”

In late June, Recode reported some drivers had signed messages from Lyft and Uber asking politicians to support their “job flexibility,” not realizing they were campaigning against being classified as employees.

“One of the reasons drivers say they’ve been misled is because the messages Lyft and Uber have sent don’t mention AB 5 at all,” Recode reported, “and they also don’t mention the potential for drivers to become real employees.” They only focused on the false flexibility claims.

“You always have to be careful when an employer goes to an employee and asks them to sign something. The disparity of power in that situation means often the employee just signs it,” Gonzalez told Recode.

In fact, some Uber drivers told Recode “they thought it was mandatory to sign a petition or send an email to legislators,” since it “resembled other important notifications, such as terms of service updates, that drivers have to accept in order to continue driving.”

“There’s nothing about AB 5 or the Dynamex decision that undergirds it that would mean that drivers will lose their flexibility,” Smith said. “We find this to be really, really an underhanded tactic that Uber is using to try to gin up support for its position that in no way is reflective of the bill or the law.”

“Cake decorators, home researchers, nurses, couriers and restaurant workers have all been found to be employees, despite the fact that they could choose their own schedules,” wrote Nayantara Mehta, in a June report from the National Employment Law Project. “Laws don’t force workers into choosing between having basic workplace protections and having flexibility; companies do.”

On the other hand, there have been some exemptions that make sense and have accepted, such as  freelance writers, graphic designers, fine artists, grant writers and marketing consultants,” Smith said. “With each one of these exemptions, there are some parameters, right?”Smith asked rhetorically. “We want to make sure that we’re not giving company a free pass. For example, the Los Angeles Times decides to make everybody an independent contractor someday. We want to make sure that there are very clear parameters in the bill that ensures that there can’t be any abuses of the law or abuses created by these exemptions.” This mostly concerns workers who are generally less vulnerable to exploitation.