You Can’t Hack a Longshorema... 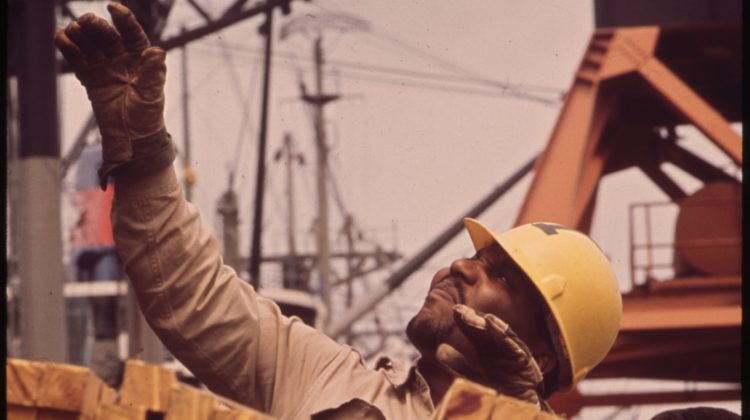 You Can’t Hack a Longshoreman

The debate over automation has come to a boiling point at the Port of Los Angeles. Workers of the International Longshore and Warehouse Union, worried about the inevitable job losses that a trend toward automation would cause, I have taken a stand against automated cargo handling equipment at the APM Terminal.

The longshore jobs at our ports are some of the last remaining good-paying blue collar jobs.

These jobs have allowed workers to buy homes, send their kids to college, and live the classic “American Dream.”

The threat of losing these good jobs is reason enough for me to oppose automation — but there is another serious consequence of automation that has not gotten the attention it should: vulnerability to economy-crippling cyberattack.

Earlier this month, Target experienced a nationwide computer outage that left customers stuck in long lines as cashiers manually entered barcodes and accepted only cash or check. The problem was magnified by Target’s reliance on self-checkout stations, which went down during the outage, and the lack of cashiers they had on shift to compensate.

Target’s outage was reportedly an accident and not a cyberattack, but it is a cautionary tale in an age of growing automation and dependence on fallible, hackable computer systems. We would be fools to put our ports, the engines of our economy, in this same vulnerable position.

More terminals, both at our local ports and across the country, are moving towards full automation. That means driverless trucks, cranes without operators, and 45-foot tall robotic cargo carriers that can move on their own around the terminal. This technology is hailed as a huge advancement in efficiency but we should worry about what will happen when it becomes the target of cyberwarfare.

We don’t have to wait to find out. In 2017, the Maersk shipping company and their subsidiary APM Terminals were hit by a computer virus called NotPetya. Their entire worldwide system — computers, phones, even automated gates —went down and forced port workers to use pen and paper to process cargo. Every APM Terminal suffered long truck lines and shipping delays, but none more than APM’s fully automated Maasvlatke II terminal in Rotterdam. With few port workers to back up computer systems with pen and paper, the terminal was completely shut down for more than a week.

Cyberwarfare is increasingly becoming the method of choice for our foes, whether it is Russia, North Korea, or Iran, and while hacks of government databases or individual companies are  more common, if one of them really wanted to debilitate our economy they would be wise to target automated ports. In fact, when I was in Congress, I authored legislation to study the gaps in cyber security at our ports. That legislation passed, and while the results are classified, I can tell you our ports are the most vulnerable entryway into our country. Automation makes these threats all the more serious. On top of bringing commerce to a standstill, hacking into three-story driverless cargo carriers could quickly become destructive.

I am proud to stand with the ILWU against the automation plan at the APM terminal at the Port of Los Angeles and I appreciate Councilman Joe Buscaino’s leadership in fighting for this cause on the City Council. I hope this fight wakes people up to the realities of the automation trend — not just replacing longshoremen but cashiers and warehouse workers as well. Not only are we sacrificing good-paying jobs and enriching multi-billion-dollar companies — we are also opening our economy up to cyberattacks on a scale we have never dreamed of.

These will be the threats of the future if we sit by and let it happen. But today I take solace knowing this: you can’t hack a longshoreman.