The Gig Is Up! 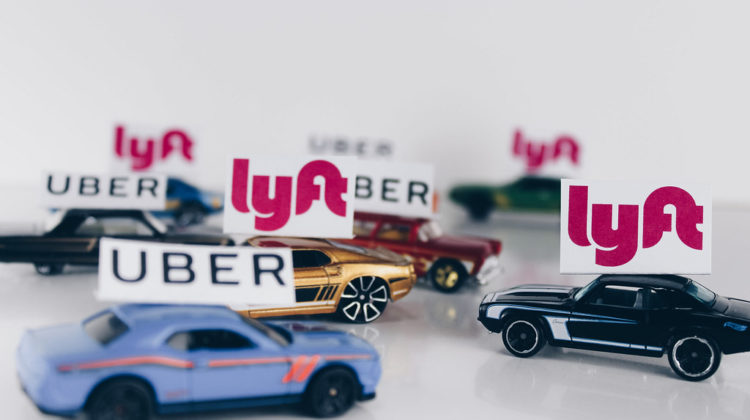 The Gig Is Up!

On May 29, the California Assembly voted 55-11 to pass Assembly Bill 5, codifying a simple three-part test to prevent companies from misclassifying workers as “independent contractors.” Misclassifying workers has long enabled companies to deprive them of a wide range of labor rights (from minimum wage and overtime protections to unemployment insurance, workers’ compensation, employer contributions to Social Security, and the right to organize and bargain collectively), while depriving the government of money to fund such programs.

“Big businesses shouldn’t be able to pass their costs on to taxpayers while depriving workers of the labor law protections they are rightfully entitled to,” the bill’s author, Assemblywoman Lorena Gonzalez (D-San Diego), said after the vote.

“This measure would immediately benefit working people who are living on the edge every single day as a result of being misclassified as independent contractors,” Art Pulaski wrote at the Labors’ Edge blog of the California Federation of Labor.

Misclassifying workers also harms law-abiding businesses. “The practice of misclassification creates unfair competition for responsible contractors and law-abiding employers who honor their lawful obligations to their employees, yet are forced to compete with other companies that use an illegal business model,” the factsheet for AB-5 explains. 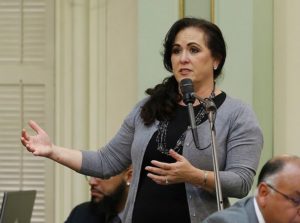 Assemblywoman Lorena Gonzalez, D-San Diego, is the author of Assembly Bill 5, a measure that codifies a test to prevent companies from misclassifying workers as “independent contractors.” File photo

Port truckers and gig economy employees would be among the most prominent beneficiaries if the bill becomes law, codifying a test set forth by the California Supreme Court in the May 2018 Dynamex case. But millions of workers will be affected overall. Nationwide, more than 10 percent of workers rely on some form of the gig economy for most of their income, and more than a quarter participate in some way, according to the Gig Economy Data Hub, a Cornell University/Aspen Institute joint project. Online platforms like Uber, Lyft, Handy and TaskRabbit account for just around one percent for any given month, despite their higher profile.

Although gig companies like Uber only represent a small part of the problem, they’re at the forefront of well-funded efforts to roll back workers rights, as described in a new report from the National Employment Law Project, Rights at Risk: Gig Companies’ Campaign to Upend Employment as We Know It.

The report describes “a far-reaching, multi-million dollar influence campaign to rewrite worker classification standards for their own benefit — and to workers’ detriment,” with the goal of passing laws that do the exact opposite of AB-5: specifically exempt gig economy companies from labor law jurisdiction — known as “carve-outs”— starting with ridesharing companies in the first round of laws pushed, and expanding outward to eventually encompass much, if not all of the service sector economy, and more—such as construction.

“Gig companies are simply using newfangled methods of labor mediation to extract rents from workers, and shift risks and costs onto workers, consumers, and the general public,” the report explains. “This recognition helps to debunk a narrative put forward by gig companies that their ‘innovation economy’ represents an inevitable future of work that must be protected and nurtured exactly as is, at all costs, lest we foil our economic destiny.”

Random Lengths spoke with one of the report’s co-authors, Rebecca Smith, who was also a co-author of the ground-breaking 2010 report, The Big Rig: Poverty, Pollution, and the Misclassification of Truck Drivers at America’s Ports. That document provided the first comprehensive national survey and overview of systemic port trucker misclassification, laying the groundwork for the filing of hundreds of lawsuits that have become a major force in establishing workers’ rights for port truckers after decades of neglect.

“A lot of the initial carve-outs—say that Uber and Lyft got—didn’t get a lot of attention because they just applied to transportation network companies,” Smith said. “But what we’re seeing as time goes by is broader and broader carve-outs, that really establish a whole new standard for who is an employee, and threaten to turn at least 10 percent of the jobs in the country into independent contractors,” she warned. “It’s a huge attack on all those basic rights that our fathers and mothers and grandfathers and grandmothers fought for a century ago.”

The report explains carve-out policies seek in part to ensure that gig companies bear no responsibility for employer payroll taxes, which can amount to 30 percent of payroll.

“On top of those base savings, gig companies may no longer be required to adhere to state wage and hour, anti-discrimination and harassment, and health and safety laws; they can further drive down costs by practicing wage theft, pay discrimination, and sacrificing worker safety—all with impunity, since workers will have no grounds for filing claims against those practices.”

Despite gig company claims, it’s nothing new. “We have seen this attempt to push costs onto workers in a lot of different industries, like janitorial, security, landscaping, construction, cleaning, home care and delivery, and we’ve seen those for decades,” Smith said. “This is really just a new iteration and it’s in a lot of the same sectors.”

Uber has been plagued by so many scandals recently that it’s been moved to the background, for the second round of the campaign. “They put up a different company that is the face of the campaign, and they look for even broader carve-outs,” Smith said. “That was what we have been calling the ‘Handy bills,’ these marketplace platform exemptions,” which would cover all online dispatching companies, not just transportation ones.

Since it was founded in 2012, Handy Technologies has recruited tens of thousands of domestic workers and handymen in the U.S., Canada and Great Britain.

“The company exerts significant control over the work of those providing services through its platform, down to the fees they should charge, when and how they can interact with customers, and protocols for using the bathroom,” the report explains. “At the same time, the company foists independent contractor agreements on its workers.”

It’s not just workers working for a gig economy companies who suffer. Whole sectors may be affected.

“If you’re using a platform to lower standards for janitors, for example, the rest of the industry may well follow suit, put janitorial dispatch online and move to that lower or absence of labor standards. And, that’s true across the board,” Smith said. “That’s our big concern with these marketplace platform bills that have passed in several states, that they really encourage any employer that dispatches workers to just take their business online and call their workers, independent contractors.”

This year saw a third phase emerge. “The third wave is the ALEC bills that threaten to make all of us into independent contractors, whether we work on- or off-line,” Smith said. “They are written in a way that means an employer could present a take-it-or-leave-it contract, with some items that may or may not reflect reality—and rid itself of any obligations to workers.”

The difference is stark.

“If you’re really in business for yourself, you get to set your own rates, and you get to negotiate around standards, and you get to build a customer base,” Smith said. “Workers in these jobs don’t get to do any of that.”

“[For example] if you’re a Lyft driver and you’re referred someone for a ride, you cannot build a relationship with that person so that every time they need to go to the airport you take them.”

In contrast to the Yellow Pages, port truckers have advanced a very different description for how the system works: they’ve called it “sharecropping on wheels.”

“We don’t generally like to use the term ‘sharecropping,’” Smith said. “But I think it’s been really effective in the port trucking campaign. It’s simply putting low-wage workers on their own to fend for themselves, and pretending that that is freedom, and independence and entrepreneurialism.”

Port truckers haven’t been alone in their resistance. “There been some really innovative campaigns around the country that have fought back, and established labor standards for workers in the gig economy,” Smith said. One example is the New York City Taxi Workers Alliance, which also organizes Uber and Lyft drivers. It brought to public light the rash of taxi driver suicides, after which, “The city commissioned a study that showed that these workers were by-and-large, not earning even $15 an hour, that they were spending $8.50 an hour just to stay on the road. And that they were idle for almost half of their time that they had the app on,” she said. “So New York City, as a result of the campaign by organized workers, passed a minimum standard for these workers.”

Another set of ideas have advanced around wage and standards boards—one for domestic workers in Seattle and for drivers in Portland. Workers are protected regardless of status. “It doesn’t matter what you want to call them independent contractors or employees,” Smith said. “There is a mechanism that includes workers at the negotiating table on an equal footing with employers to set standards. [Y]ou can think of that as a new form of sectoral bargaining.”

AB-5 takes things even farther by abolishing the fiction that workers aren’t workers with the ABC test. “It’s fair to say that all eyes are in California right now, and that if that bill passes in California we will see many, many other ABC bills across the country next year,” Smith said. Bills have already been introduced, but not passed, in Washington and Oregon. Passage in California could open the floodgates.

Gonzalez understands how crucial her bill is. “The future of workers is being determined by what we do with this measure in California to end misclassification and demand fairness from large corporations that for too long have gotten away with bending the rules at the expense of workers and taxpayers,” Gonzalez told Random Lengths News.

“We feel like there’s a lot of momentum for the bill,” Steve Smith, communications director for the California Labor Federation told Random Lengths News.” I suspect that the bill is going to move through the Senate and go to the governor’s desk. Obviously, there’s a lot of work to do between now and then, but we feel pretty good about where we are.”

Part of that work means fighting an onslaught of corporate propaganda.

“The companies are acting like no one’s ever heard of the ABC test,” Smith noted. “But in fact, it’s been a feature of employment law for decades in over half the states, and about 10 states use it in various forms for the wage and hour laws as well. So it’s nothing new.”

But the functional impact of the test has been blunted, both by limited enforcement and by routine lawbreaking, backed up by litigation and forced arbitration agreements. What’s new with AB-5 is the unambiguous centrality it would give to the ABC test and the clarity of protections it would bring for one and all.