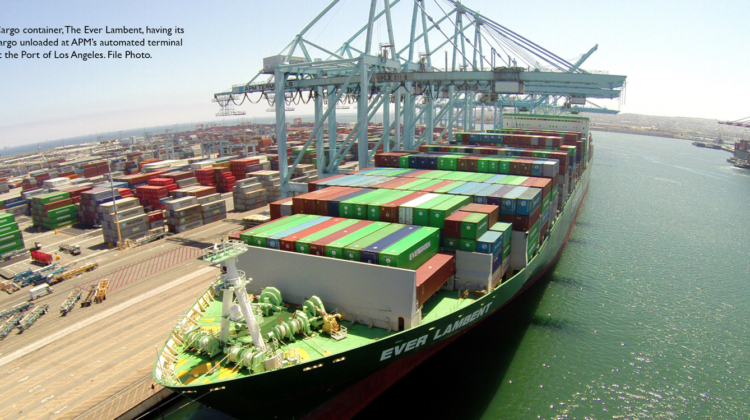 The stage is set and the battle lines are drawn in the fight over automation at the Port of Los Angeles’ Pier 400. On June 20, the Los Angeles Harbor Commission voted 3 – 2  to deny ILWU Local 13’s appeal of the coastal permit that allows for Maersk to introduce automated electric yard equipment. Automating of the pier would impact some 500 eight-hour shifts at the terminal. Los Angeles City Councilman Joe Buscaino immediately called upon the council to veto the decision using its authority under the City Charter in Section 245 regarding board of referred powers. The review is scheduled to be heard on June 28. A veto requires 10 votes.

In the meantime, Supervisor Janice Hahn to pass a motion on June 25 to send a letter to Mayor Eric Garcetti and the council “to support the efforts of the International Longshore and Warehouse Union to protect local jobs and the local community’s economy.”  This motion went on to call for the county’s chief executive office to “conduct an economic analysis of the local community impact of how automation at the Port will result in local job losses and report back in 90 days.”

Not to be outdone, Wim Lagaay, chairman of APM Terminals Pacific, the subsidiary of Maersk, fired a shot across the bow of Buscaino’s promised veto, stating that, “APMT has the undisputed right under its lease and it collective bargaining agreement to introduce automated technology … and does not require any permit … or approval to operate automated, driverless equipment at Pier 400.”  In fact, according to one report, Maersk has already ordered 27 Polish manufactured top handlers to be delivered by the end of the year with a 100 more on order after that.

Clearly, what is at play here is a gambit that uses the Clean Air Initiative to comply with the zero emissions goal by 2030 while lowering Maersk’s labor costs to pay for it, and at the same time divide the environmental justice community and labor unions by pressuring the political representatives to choose between clean air and good jobs. Offering a fake choice is a classic corporate move that has been used historically to divide communities — as if the largest shipping company in the world doesn’t have the capital to invest in both good jobs and green technology.

In its own letter to Buscaino, APM Terminals Pacific even admits that electrification of equipment at this terminal would save 2.2 million gallons of diesel fuel per year, which would be considerable, but the company insist that lowering their labor costs is necessary to compete with east and Gulf coast ports.  This seems to be at odds with the consistent reports from the Los Angeles and Long Beach ports of ever-increasing through-puts of containers year over year. POLA’s Executive Director Gene Seroka references reports claiming that cargo volumes will double over the next two decades but does not concede that this has to be done with a diminished workforce. In fact, there’s a direct correlation between cargo volumes and numbers of jobs that no one disputes.

However, the efficiencies of automation compared to human-managed cargo handling is disputed.  The ILWU claims that the two smaller automated terminals in Los Angeles and Long Beach are significantly slower by as much as 30 percent. Maersk claims its terminal can work 24/7 and doesn’t take lunch breaks or get paid overtime for weekends and holidays.

Pier 400 currently operates 16 hours a day through two shifts. Will automation make Maersk’s Pier 400 more competitive? Not if Harbor Commissioner Diane Middleton is to be believed. During her remarks at the June 20 special hearing, Middleton argued that comparative cost of leases between automated terminals should be considered.

Maersk’s “competitive narrative” is a lot like saying Amazon needs incentives to bring their new headquarters to your city.  APM Terminals is the world’s leading shipping company with 15.3 percent of the market but has more market share because of its other holdings. It can invest in both green technology and preserve good union jobs while expanding cargo volumes at the same time.

While robotics may end up coming to the Port of Los Angeles in this century one way or the other, we should all be very careful about what this means for the future of work, our relationship to the global economics of the twin ports and just what it means to our local economy and your businesses.

In the end, we all need to consider both the benefits and deficits of having this behemoth industrial complex right at our doorstep and what automation would do for the greater goals many

have for the future of the harbor communities.